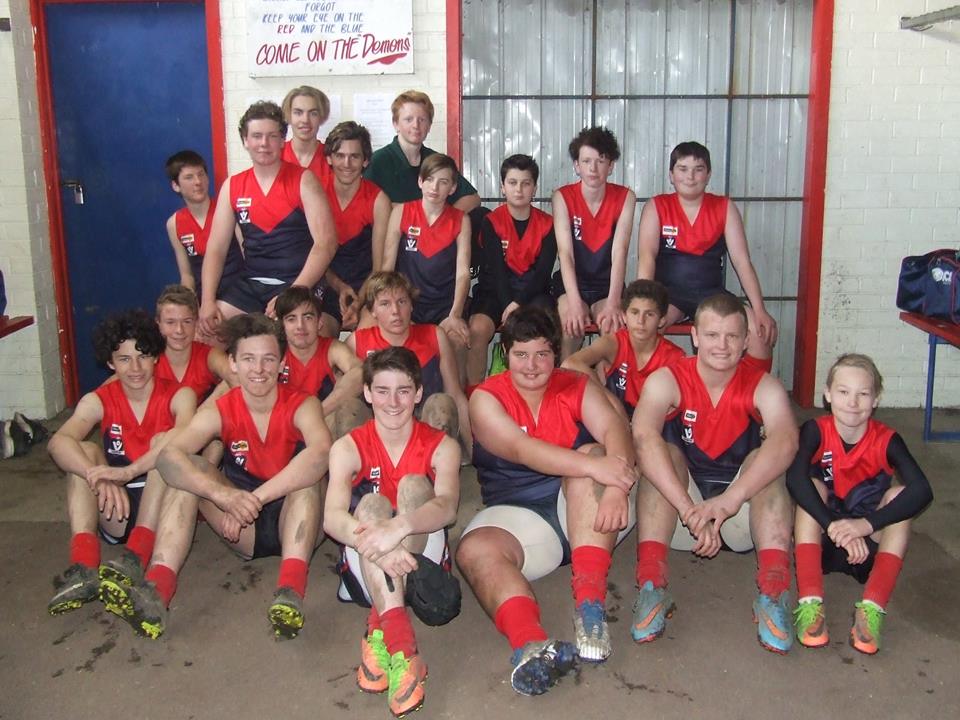 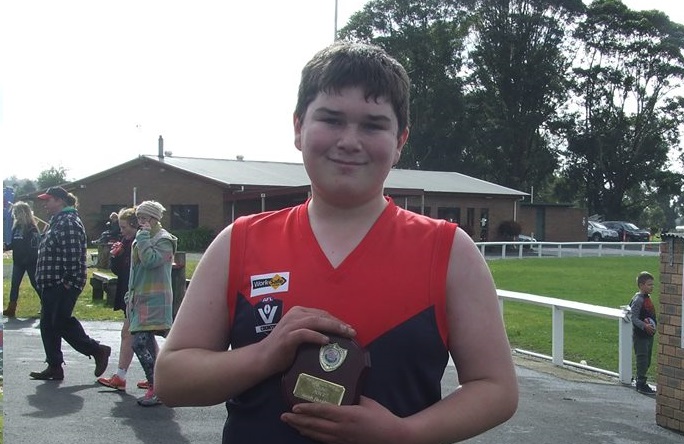 Walking into the change rooms with teammates is a ritual for most young footballers, but for Jacob Davison, it’s a landmark achievement.

The 15-year-old ran out with the Boolarra under 16s at the weekend as part of the all-abilities round in the Mid Gippsland league.

Jacob’s mother Kim Meers said the chance to play with Boolarra was a huge boost for the teenager.

“Jacob is autistic and plays all abilities football, but to have a club embrace him and welcome him so openly is just fantastic and huge for his confidence,” Kim said.

In round 17 a number of clubs participated in an all-abilities round, with participants integrating as players, assistant coaches, water-runners and mascots.

This year 10 people with varying disabilities took part and everyone was awarded a commemorative trophy.

Kim said the day was more than just a game of football for Jacob.

With family and friends travelling from as far as Ballarat for the match, he rose to the occasion.

“He went out to the quarter-time huddles and into the club rooms by himself, which is something I’m not used to, I’m usually right there by his side,” Kim said.

“Boolarra welcomed and embraced him and I could not have asked for more.”

More than just making up numbers, Jacob played a ripping game and even featured on the scoreboard.

“(Jacob) kicked a goal, and every single player just surrounded him to celebrate, not just from Boolarra but from the opposition as well,” Kim said.

“It was a very emotional moment for me.”

So successful was Jacob’s debut with Boolarra, he now plans to join the team next year.

“He loved it so much that we’re now looking at having him play for Boolarra next year full-time,” Kim said.

“I cannot thank Boolarra enough for including him and making him feel so welcome. It was just absolutely brilliant.”