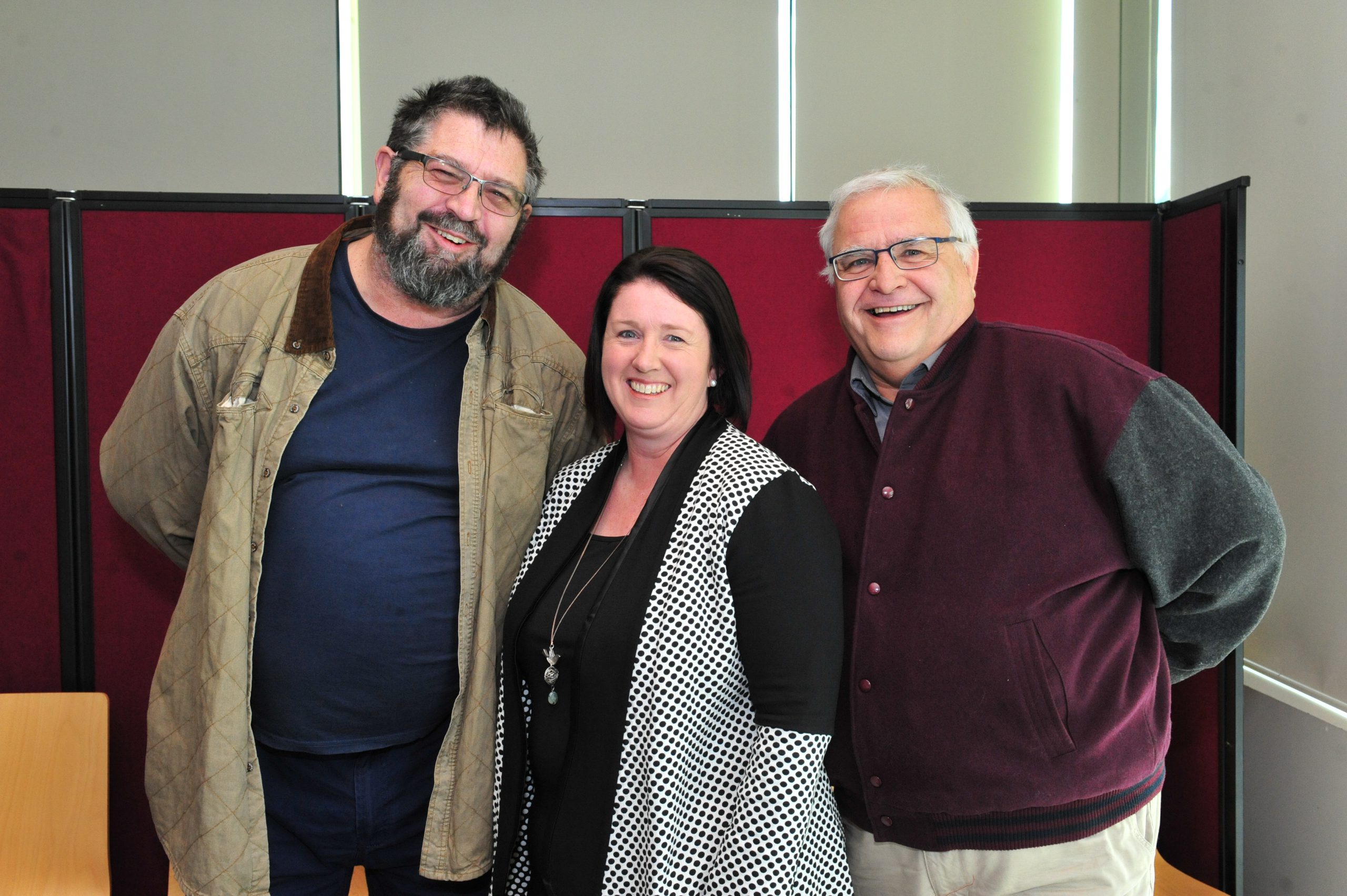 Almost five months since the closure of Hazelwood Power Station, ex-Hazelwood workers Chris Barfoot and Peter Massey are well and truly on their way to new things.

The two Morwell residents had worked at the power station for more than 30 years, but had both harboured an interest in woodwork which culminated in their completion of a Certificate III in Cabinet and Furniture-Making with Federation Training.

The two retrenched workers participated in a graduation ceremony along with 12 other ex-Hazelwood workers completing other various Recognition of Prior Learning courses yesterday, attended by State Minister for Training and Skills Gayle Tierney.

“Both of us have been building clocks for a long time… so it seemed sensible to learn the skills necessary to get to a point of actually being able to build a complete unit or whole cases,” Mr Barfoot said.

“It’s giving us access to tools, skills and knowledge and some of the TAFE teachers are spectacular.”

He said the program had also assisted the two retrenched workers in terms of adjusting to such big life changes.

“It was also very beneficial in that it gave you continuity of things to do post retrenchment, so you actually had reasons to get out of bed,” Mr Barfoot said.

Mr Massey said he hoped to continue to hone his carpentry skills into the future.

“When you’re in a craft, you make one, you make mistakes,” he said.

“You make the next one and you make less mistakes, until you get it to a really good craft level and it becomes a product you can sell. Part of that is the intricacies of working with your hands, and doing this as a joy.”

The Recognition of Prior Learning Courses commenced in February 2017 and were developed after engagement between the Morwell Skills and Jobs Centre staff and Hazelwood workers.

State Training and Skills Minister Gayle Tierney said the graduation was an important next step for both Hazelwood workers and their families.

“The Recognition of Prior Learning program provides these workers with the recognition they deserve for the skills they learnt while working at the plant,” Ms Tierney said.

State Member for Eastern Victoria Harriet Shing said the state government was “working every day to support the Latrobe Valley”.

“Federation Training is playing an important role in giving locals the skills they need for the jobs they want,” Ms Shing said.