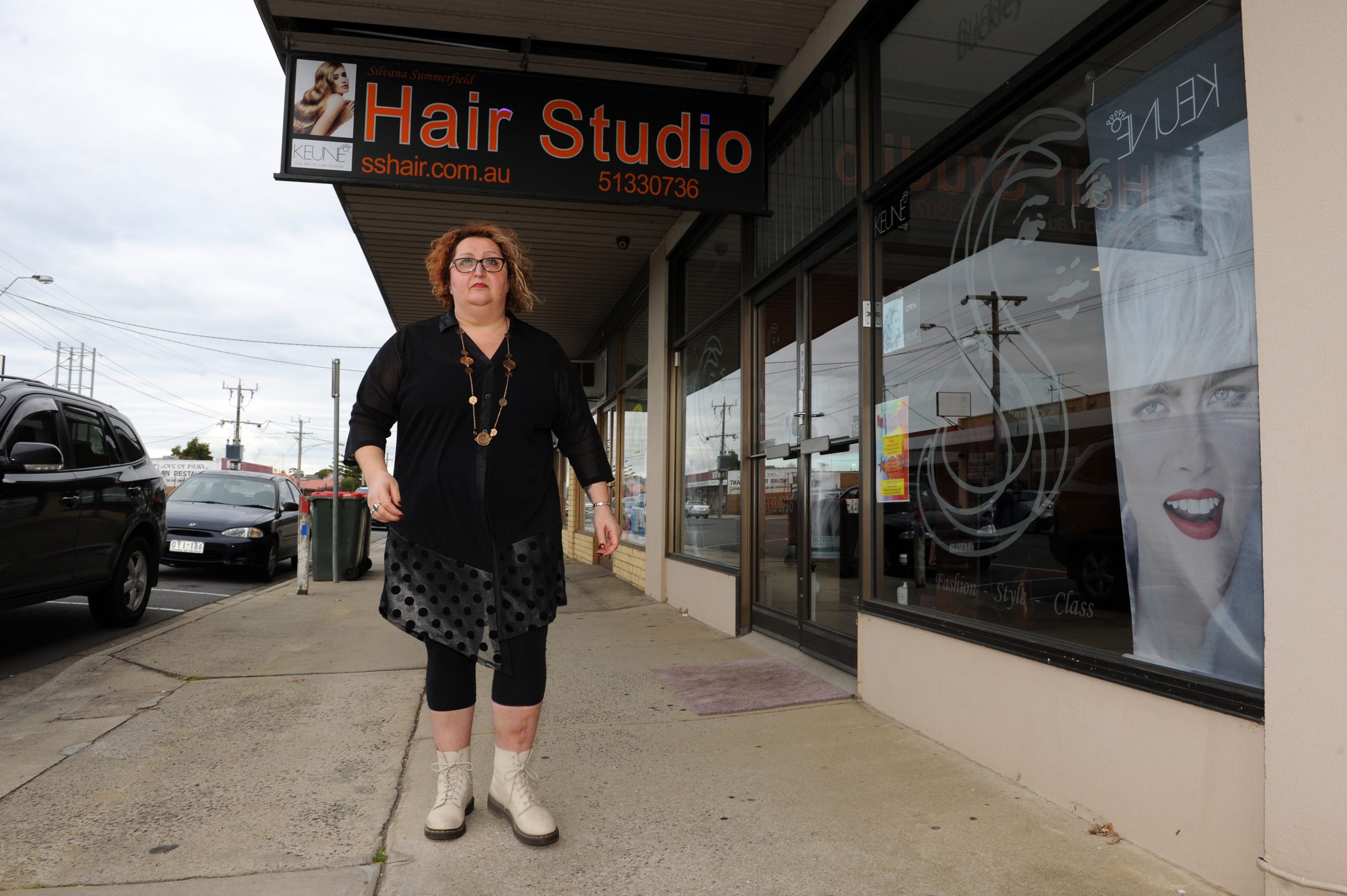 A Morwell business owner has welcomed Latrobe City Council plans to seek funding to implement additional CCTV cameras across the town in an attempt to increase community safety.

Silvana Summerfield, a Morwell hairdresser for more than three decades, said she was pleased about a possible roll-out of additional CCTV units but called on council to increase the number of sought cameras.

The study recommends four cameras be installed across the town’s CBD in yet to be determined locations following discussions between councillors and Victoria Police.

The report will go before council in September where it’s expected Latrobe City will request to seek funding from the state government to install the cameras and associated infrastructure.

But Mrs Summerfield told The Express she was hoping for more than four cameras.

“It’s certainly a start but I was hoping for more than four,” Mrs Summerfield said.

“The increased crime in Morwell in recent times has been a bit too much to handle, the young and old are generally pretty concerned.

“I speak to a lot of people and they are telling me they don’t feel safe and they feel threatened quite a lot.”

There are four existing CCTV cameras in the vicinity of the Commercial Road bus exchange managed by Latrobe City Council and Victoria Police and a number of cameras in and around the Morwell train station under the control of Public Transport Victoria.

Mrs Summerfield said traders in Morwell were concerned about the lack of public CCTV cameras citing “a lot of them don’t have enough money to install their own in-house surveillance”.

“These cameras will hopefully make those kinds of traders feel a bit more comfortable,” she said.

“It’s a big start, a very big start and I’m very pleased that it’s potentially going to go ahead, but we want more.”

While the report recommends four CCTV cameras be installed across Morwell’s CBD, Latrobe City acting general manager community services Jodie Pitkin said council was yet to make a decision as to how many cameras would be installed.

“This will be determined following consultation with local business owners and a review of the current camera coverage,” Ms Pitkin said.

The feasibility study according to Latrobe City made recommendations based on crime statistics and key areas of placement that are likely to improve community safety.

“Council officers will be required to work closely with building and business owners in order to establish licence agreements in relation to the placement of CCTV in order to achieve the best outcome,” Ms Pitkin said.

Gippsland Multicultural Services chief executive Lisa Sinha said should the camera installation go ahead, they would improve people’s confidence and sense of security.

“I guess their mobility will improve after hours if such measures are taken and the cameras are installed,” Ms Sinha said.

“People are concerned for their safety [in Morwell] given the thefts and robberies and a recent assault not that long ago, people are more hesitant to leave their homes after dark.”

“It’s all about building people’s sense of resilience and how to respond and what they can do if they feel unsafe… this is certainly one way to address those concerns.”

A report on the feasibility study will go to council on Monday, 11 September.