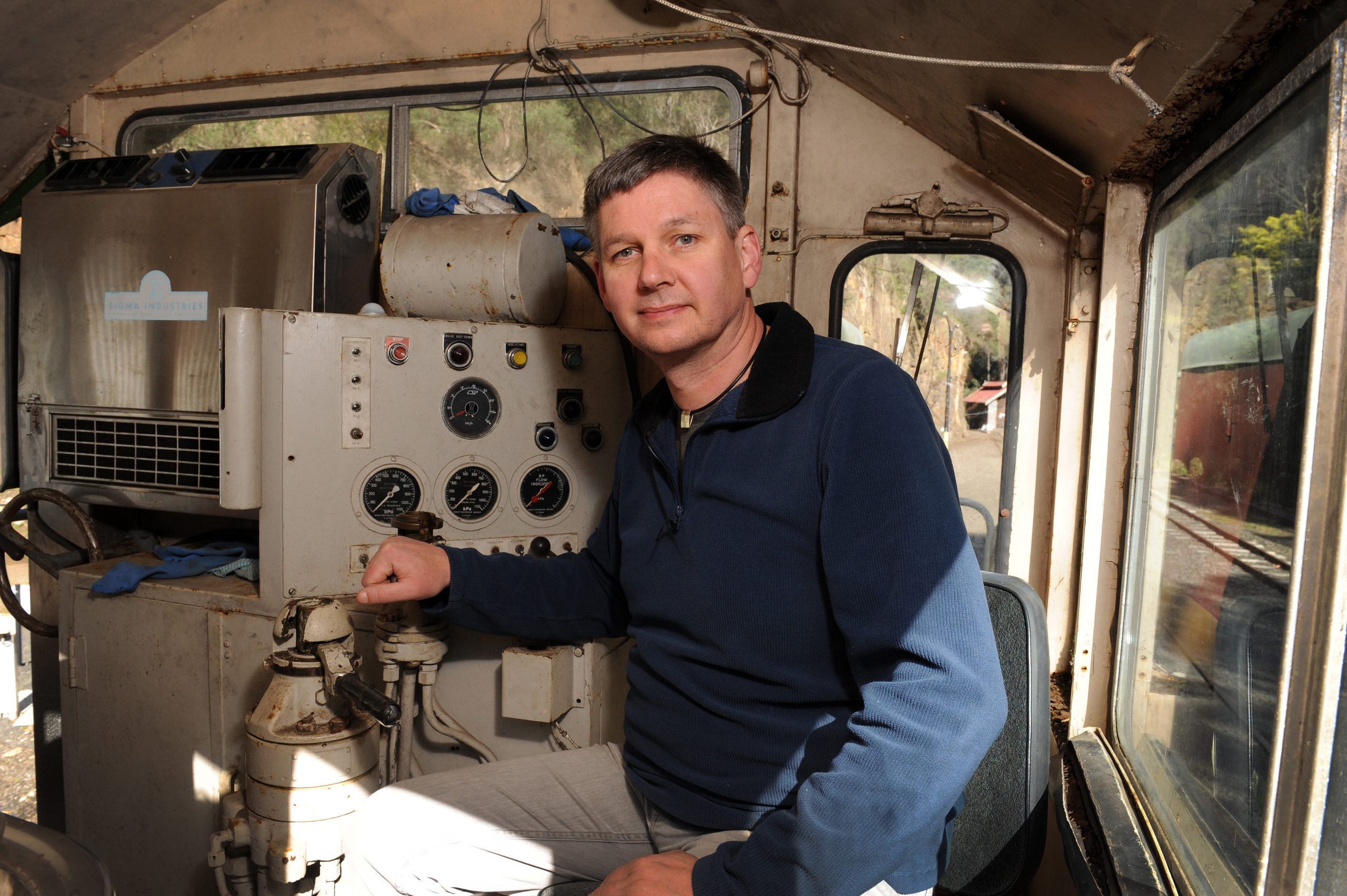 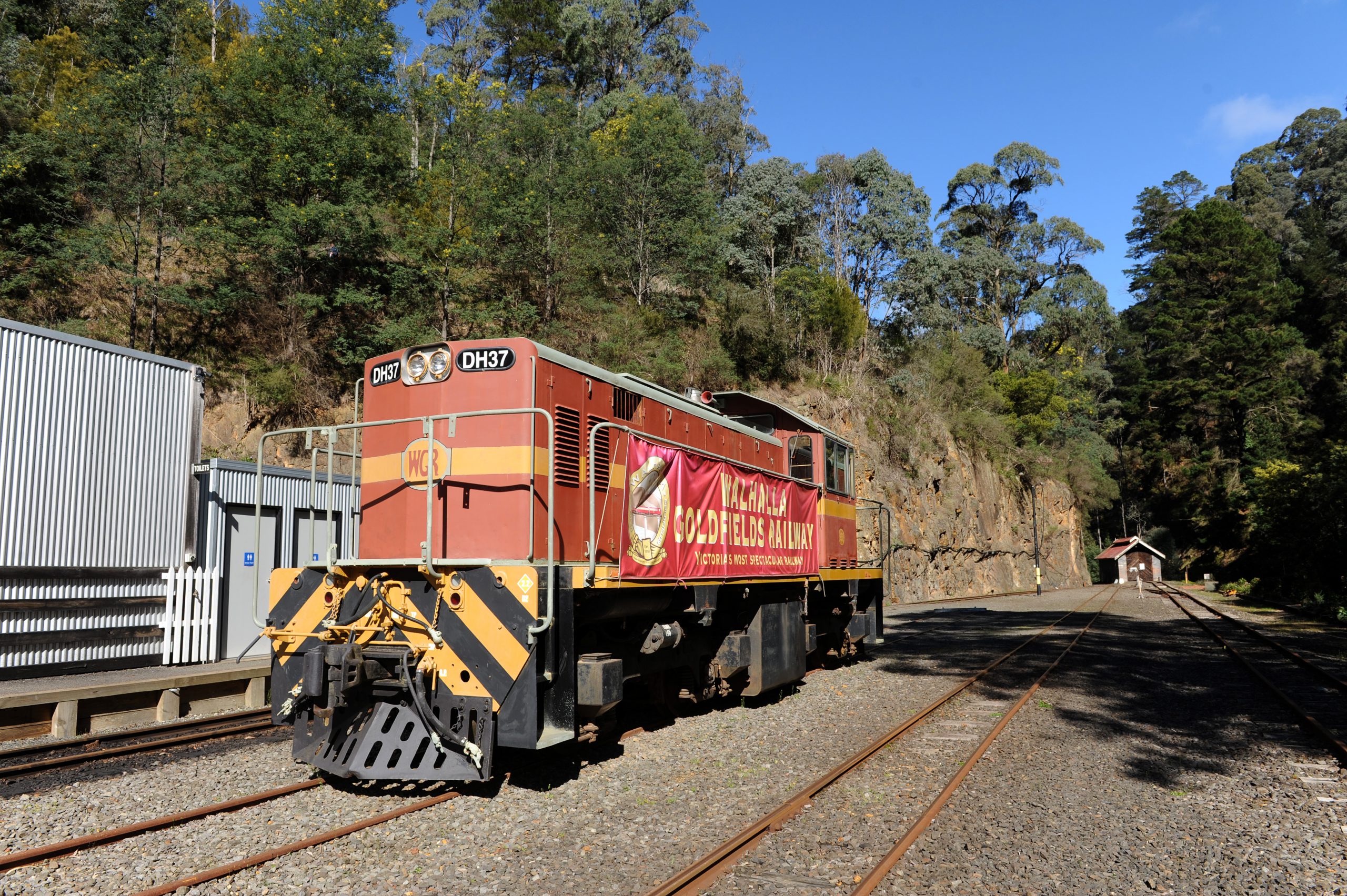 The railway, which carries about 36,000 passengers annually and is the second busiest tourism heritage railway in the state, is relying on a 54-year-old 10 Class locomotive to haul four carriages up and down the historic line.

It is the only loco in the fleet capable of pulling four carriages, with other smaller locomotives able to haul just two or three carriages.

The 10 Class is used during the railway’s busy periods including Easter, long weekends and the Walhalla Vinter Ljusfest.

“It was made by the railway from lots of different pieces and while it works, it does have some reliability issues,” Mr Leaney said.

“It’s a bit like you have a car and you can either go to a junk yard or dealership to buy a part and depending on what choice you make, it determines the life span and reliability of the machine.

“The problem we’re facing now is the parts used in the 1990s [on the locomotive] are becoming time expired… and while it doesn’t pose a safety risk, it’s bloody inconvenient.”

He said when the railway started in the early 1990s, it had limited financial assistance and was left to construct the current 10 Class from “bits and pieces” from several surplus locomotives.

It comes after the railway’s purchase of two DH [diesel hydraulic] locomotives from Queensland Railways with the intention to re-gauge them to run on the Walhalla line.

The DH locomotives’ bogies are about a foot too wide, and require realignment to run on the narrow gauge line.

“All we need to do… is do it, but of course there’s one vital ingredient which we require… money.”

Mr Leaney estimated it would cost about $400,000 to re-gauge each locomotive, citing the funds could come from a $6.5 million proposal submitted by Walhalla Goldfields Railway to the state government, via Visit Victoria, in April as part of broader plans to expand the heritage railway.

“So perhaps if [the state government] doesn’t have the money to fund the $6.5 million project at this stage, they should consider giving us the $800,000 to re-gauge the two DH locomotives to ensure security of operation within the railway,” Mr Leaney said.

Mr Leaney’s push to re-gauge the locomotives follows a $300,000 state government commitment in March to the organisation to restore a former 1926 Melbourne tram, transforming it to a diesel self-propelled rail motor.

In a statement to The Express, Latrobe Valley Authority chief executive Karen Cain said the LVA and Visit Victoria would continue to work with the Walhalla Goldfields Railways on plans for future expansion of the service, including re-gauging the two DH locomotives.

“Latrobe Valley Authority recognises the value of both the Railway and Walhalla to the visitor economy in our region, and have funded a number of projects from the Community Facility Fund that benefit Walhalla in recent months,” Ms Cain said.

The LVA could not comment on Mr Leaney’s proposal to use money from the $6.5 million proposal as it was under review.