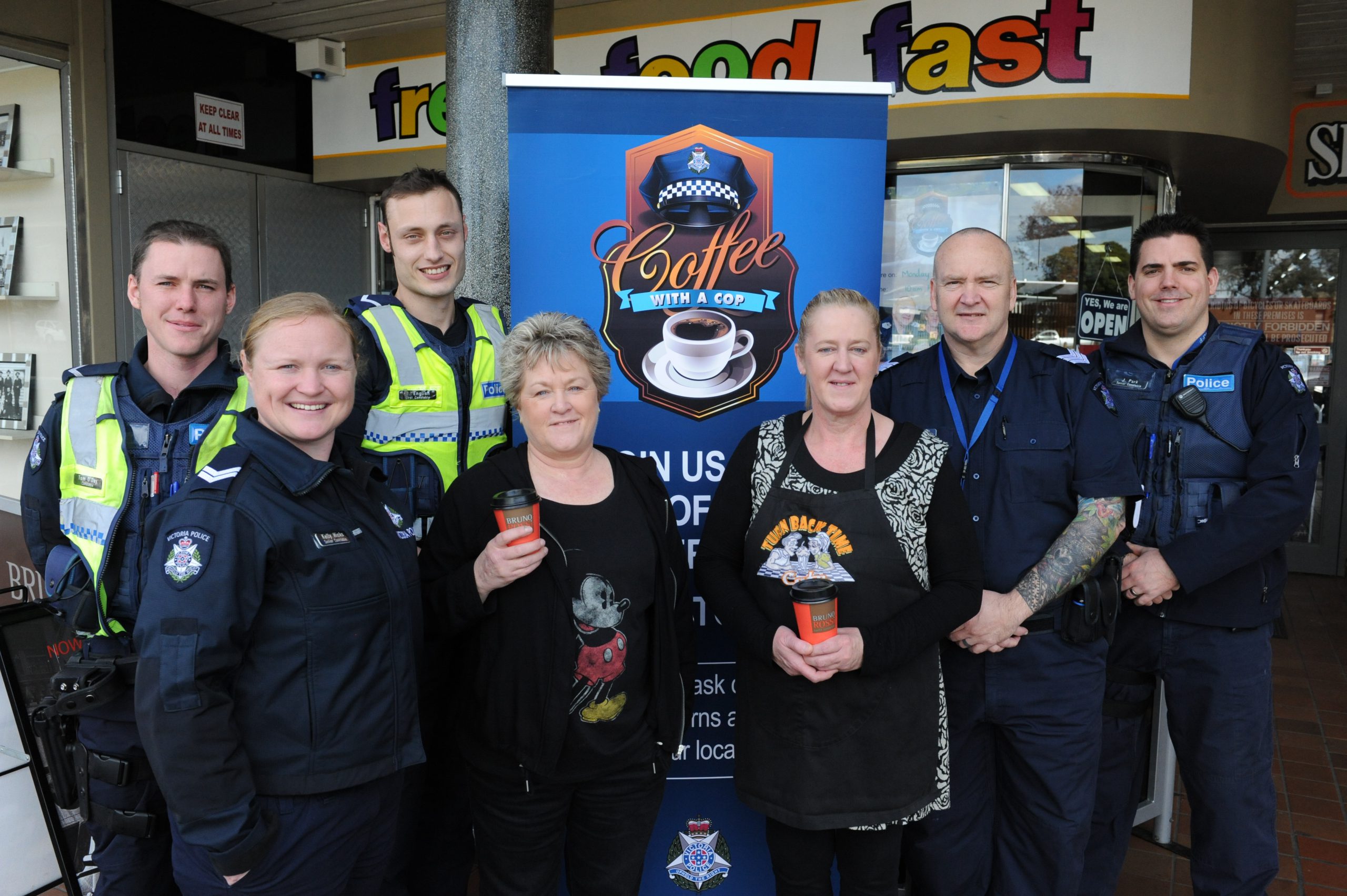 The Latrobe Valley’s inaugural ‘Coffee with a Cop’ has been hailed as a success after more than 70 members from across the community attended the event at Moe on Monday morning.

A range of topics were discussed by community members in attendance with some of the region’s leading officers providing their expert knowledge and advice.

Latrobe Sergeant Darren Eldridge said police saw the event as a way to engage the community and break down the barriers between police and members of the public.

“We had a range issues discussed from traffic-related questions to drug and community-related concerns.”

“There was one young fella who wouldn’t talk or engage with police because he was too scared but after meeting us, he walked out he said ‘good bye’ and that was the aim.”

About 10 officers made up of members from the Latrobe Crime Investigation Unit, Latrobe Highway Patrol and general duties police were present during the hour-long event where 80 coffees and sandwiches were consumed, provided free of charge, by Turn Back Time Café in Moe.

“I had a lady in the café last year who was experiencing some drug issues in the family,” Ms Broadbent said.

“She didn’t want to go to the police station because she thought her family and people who knew her might see her there.

“The lady went on to ask me ‘how can I get in touch with police in a private environment’ and I guess there’s probably a lot of people out there who don’t want to enter a police station but would jump at the opportunity to have a chat with a cop in a relaxed and neutral setting.”

Police said they would attempt to hold a similar events at Morwell and Traralgon in the coming months.