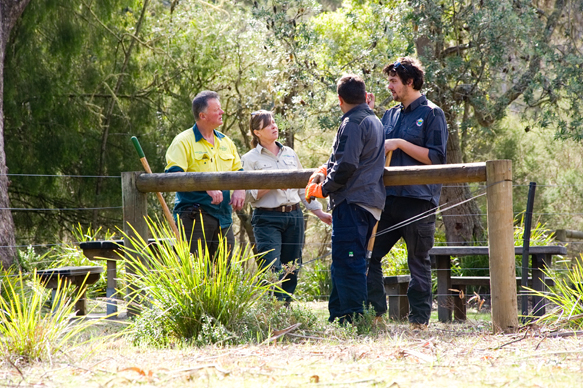 Gunaikurnai Land and Waters Aboriginal Corporation is encouraging Gunnai/Kurnai community members across Gippsland to attend its upcoming family-friendly barbecue to hear an update on the first draft of the Joint Management Plan.

GLaWAC general manager Daniel Miller said the draft was nearing completion and will soon be going out for broader community consultation.

“We want to give individuals and the community an idea that that’s happening, what’s involved so far and what it is likely to look like,” Mr Miller said.

The plan is led by the Gunaikurnai Traditional Land Owner Management Board, and follows the Federal Court’s 2010 decision to recognise the native title rights of the Gunnai/Kurnai people over much of Gippsland.

Mr Miller said the draft plan was the first step to hopefully bigger and better things, including employment creation, training opportunities and tourism.

“[It’s] a strong step in the journey towards self-determination and reconciliation with Gunnai/Kurnai people, so we’re hoping people will see how it’s a chance to have a real genuine influence on how some land is managed in Gippsland,” Mr Miller said.

“We’re partnering with the state in the joint management of 10 parks and reserves across our area in Gippsland already and [the Joint Management Plan] will just will confirm that work and will point in the right direction for the future and hopefully will support… the confidence and wellbeing in individuals knowing the connection to country is recognised.”

Tarra-Bulga National Park, Lake Tyers State Park and Gippsland Lakes Reserve are three of the 10 parks and reserves included in the plan.

Mr Miller said the event at the GLaWAC office next month was an opportunity to grow long-term connections in the community, to engage with culture and to find employment assistance.

“We often try and support our staff to work in partnership with other agencies which may lead to employment with them and build networks and confidence capacity,” Mr Miller said.

On the day GLaWAC will also provide an update on its business plan, and there will be a barbecue lunch provided, fire yarning pits, a jumping castle and games for kids.

Mr Miller said there would more community days in the future.

“This is one of a number of community days that we hope to hold into the future just to build that connection with communities right across our settlement area from Orbost, Warragul to Foster, it won’t all be at Forestec,” he said.

“It’s just about getting people coming along and having their say and getting involved.”

The event will be at Forestec, GLaWAC Office, 27 Scriveners Road, Kalimna West on Saturday, 7 October from 11am to 2pm.