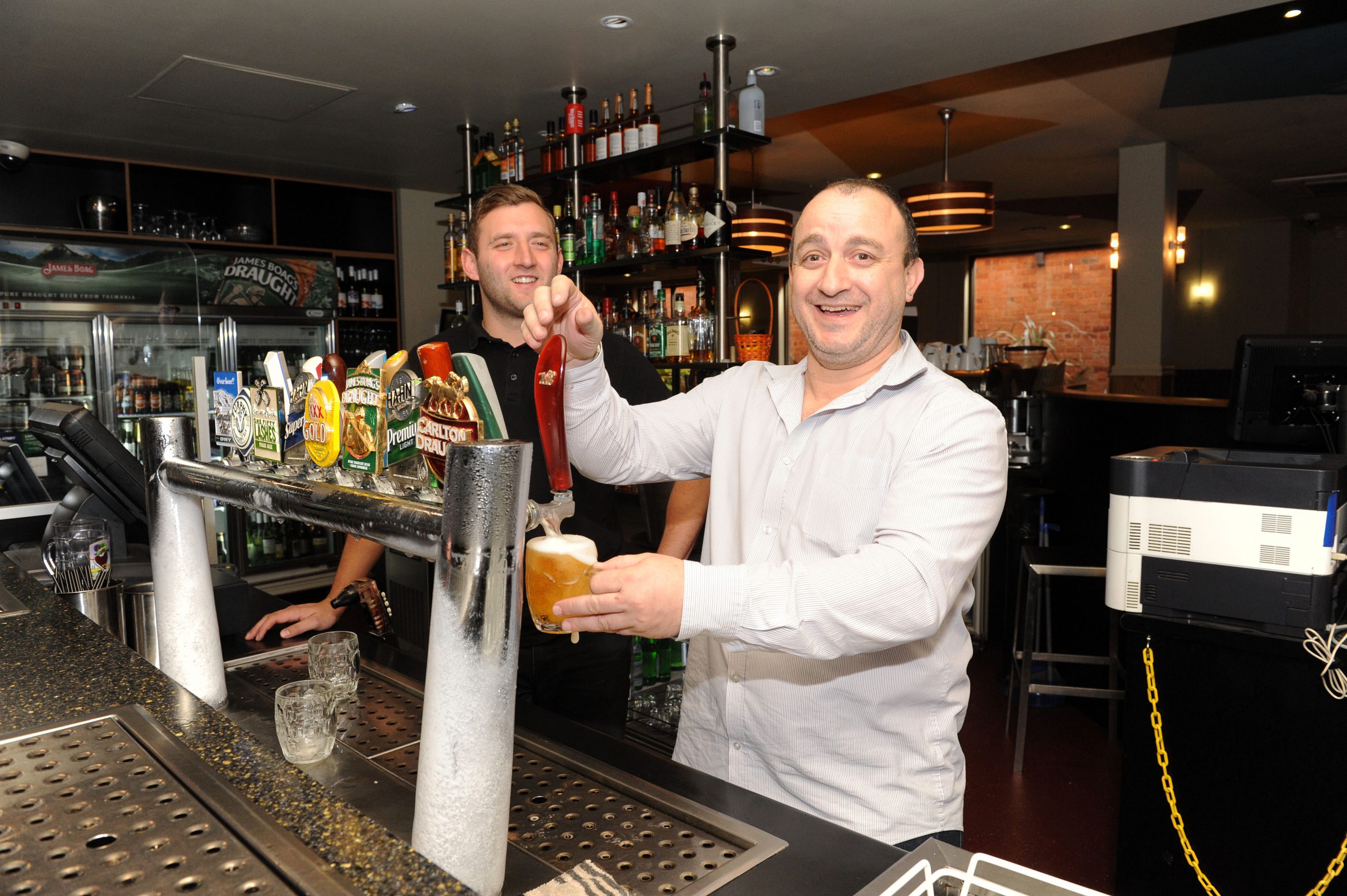 Beer is again flowing from the taps at Morwell Central Bar and Bistro after the establishment’s owners closed its doors on 30 June this year after a decline in business.

The owners said the closure of Hazelwood and the pending shutdown of Carter Holt Harvey’s Morwell sawmill resulted in a 15 per cent decline in business.

Now, the bar’s co-licensee, Paul DeMaria, has re-launched the Commercial Road watering hole with a different taste and has encouraged the community to “support the local guys”.

“What we really need is the locals to support us because eventually we hope to expand the business, open the kitchen and create more jobs,” Mr DeMaria told The Express.

“When we were in full operation, we used to have eight in the kitchen and six in the bar so we had about 14 staff working here and we hope to grow the business to a similar size again.”

Since reopening earlier this month, Mr DeMaria has been operating only the bar section of the establishment with co-licensee and nephew, Corey.

“Our opening day was brilliant, we had consistently 30 to 40 people here from 9am to 10pm. I was here all day by myself and I had to end up kicking people out because it was too long for me,” Mr DeMaria said.

“We have reorganised the venue to suit all classes [of people]. We’ve moved the pool table to the old bistro side to make the young people happy and to listen to some music.

“We’ve looked after the punters’ side of things and made sure people can come in and have a quiet drink… people are happy that we’ve reopened, the word’s going around.”

Mr DeMaria, who has worked at and operated the venue for about four years, said the closure of Hazelwood and Carter Holt Harvey along with the competitive market and no pokie machines had “hit the business for six” in recent months.

“We lost about 15 per cent in business, the customers stopped coming in. They were scared because they didn’t know what the future held for them.”

“Our pub is one of a few places that doesn’t have pokies, so that’s also another challenge we have faced.”

Morwell Central Bar and Bistro will operate for the next three months before a decision is made on its long-term future.

Mr DeMaria said he was looking for someone to run bistro and “create more local jobs”.

“I talk to a lot of different traders in the street and like everyone, we have our tough times and our quieter times,” Cr McFarlane said.

“Just looking at the cars parked in the street, there seems to be a little bit more activity around the town which is a very positive sign.

“We survive by the locals supporting the local businesses, we rely on it. So if people stick by the locals whilst they’re perhaps struggling a little bit, everyone will be a winner in the end.”