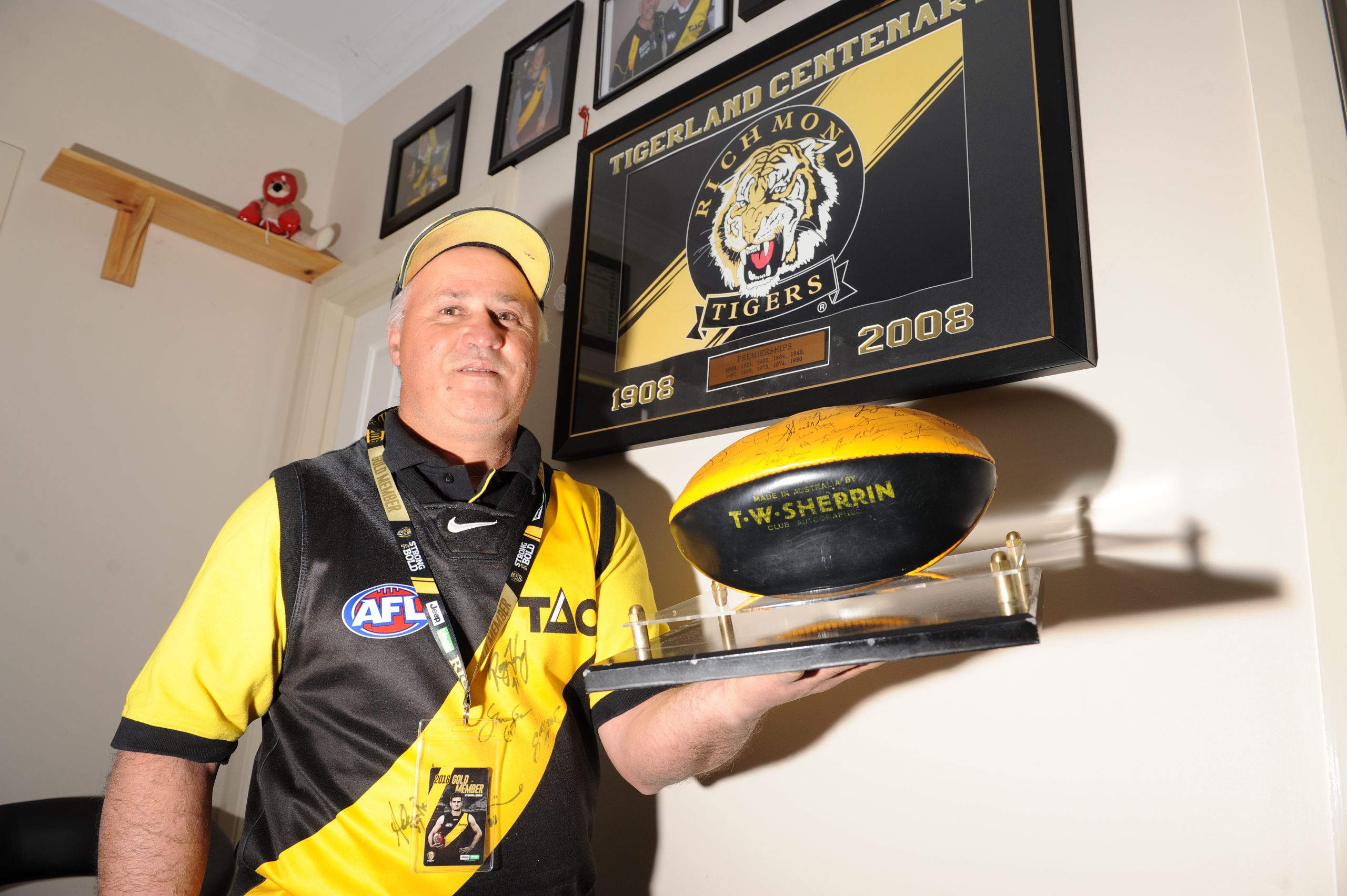 Arthur Kangelaris is as fierce a Richmond fan as there is.

The long-time Tigers gold member has a slew of memorabilia on show in the pool room of his Traralgon home, but he may have to part ways with the most precious item of all.

Kangelaris owns an original black and yellow football signed by every member of Richmond’s 1980 premiership side, one of only six in existence, he said.

Should the Tigers win the flag against Adelaide this weekend, the 51-year-old will honour a promise made to Richmond legend Dale Weightman years ago.

“I showed [Dale] the signed ball one day and he asked if I wanted to donate it back to the club but I told him ‘not unless we win the premiership’,” Kangelaris said.

He was just 14 when Richmond won the flag in 1980 and would love nothing more than to witness another one this weekend, even if it means giving up his most prized possession.

“I had a 20-cent bet with a mate riding on that grand final and even that was scary, but whichever way it goes on Saturday, I’ll be happy,” he said.

If Kangelaris does hand over the invaluable keepsake he’ll be repaying the good fortune that first saw the football come into his possession in 1991.

“This bloke came up to me one day and said ‘you’re a Richmond supporter, I’ve got a footy at home to give you’,” he said.

“He brought me the footy in a beer bag so I took it and just chucked it in my bedroom and didn’t think that much of it.

“I thought I’d actually have a look at it one day so I opened it up and had a look and couldn’t believe it.”

The ball, signed by the likes of Kevin Bartlett, Michael Roach and Mick Malthouse, is insured and kept in a mounted glass case on display.

“I thought it might have been fake but I showed it to Dale [Weightman] and it’s definitely the real deal,” Kangelaris said.

He was lucky enough to snag a single ticket to this weekend’s grand final and is as nervous as he is excited.

On whether or not Richmond can clinch the cup [and his football] this weekend, the Tiger diehard remained philosophical.

“A lot of things will have to go right but we’re there now and we’ve got a chance so you’ve just got to believe,” he said.