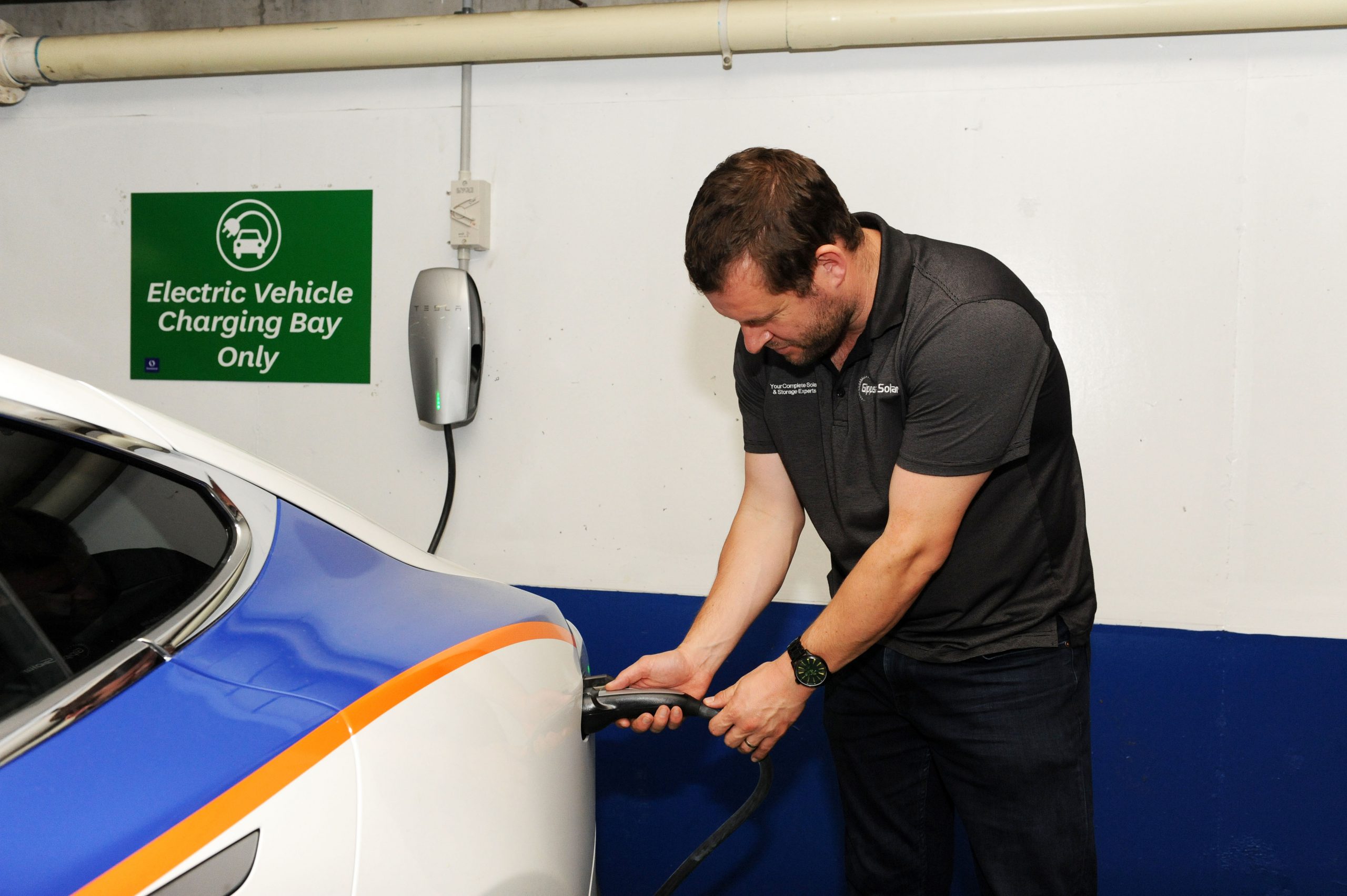 Stockland Traralgon is now home to electric car charging facilities, one of a few that are beginning to pop up across Gippsland with the growing popularity of electric cars.

Stockland centre manager Jeff Andrews said the car charging service was free of charge, which could take about two hours to recharge fully.

“It’s a good thing for the [shopping] centre,” he said.

“People can come and charge their car for free and go shopping while it charges.”

Charging stations can be put on phone apps or in the GPS systems of electric cars, so drivers can see where they are able to re-charge their cars.

“A good demographic of a Tesla owner is someone who is semi-retired that can afford a Tesla, they have a lot of time and can do a lot of travelling around wherever there are charging stations,” he said.

“Tesla owners are medium to high-income earners as well, so they come and spend money in the region.”

Mr McCarthy said there was a charging station at his Traralgon-based business, as well as about a dozen across the wider Gippsland region.

“When we put the charging station at the Criterion Hotel in Sale, we publicised it and put it on the map and then next week they said a Tesla owner turned up and stayed for two or three nights and spent over $1000 there at the pub,” he said.

“A few of my friends now have [Teslas], whenever we put a new charging station in they’ll come down to the region for a weekend and do a trip.

“It’s good for the region because it brings economic growth in and also gets the awareness of what we have down here.”