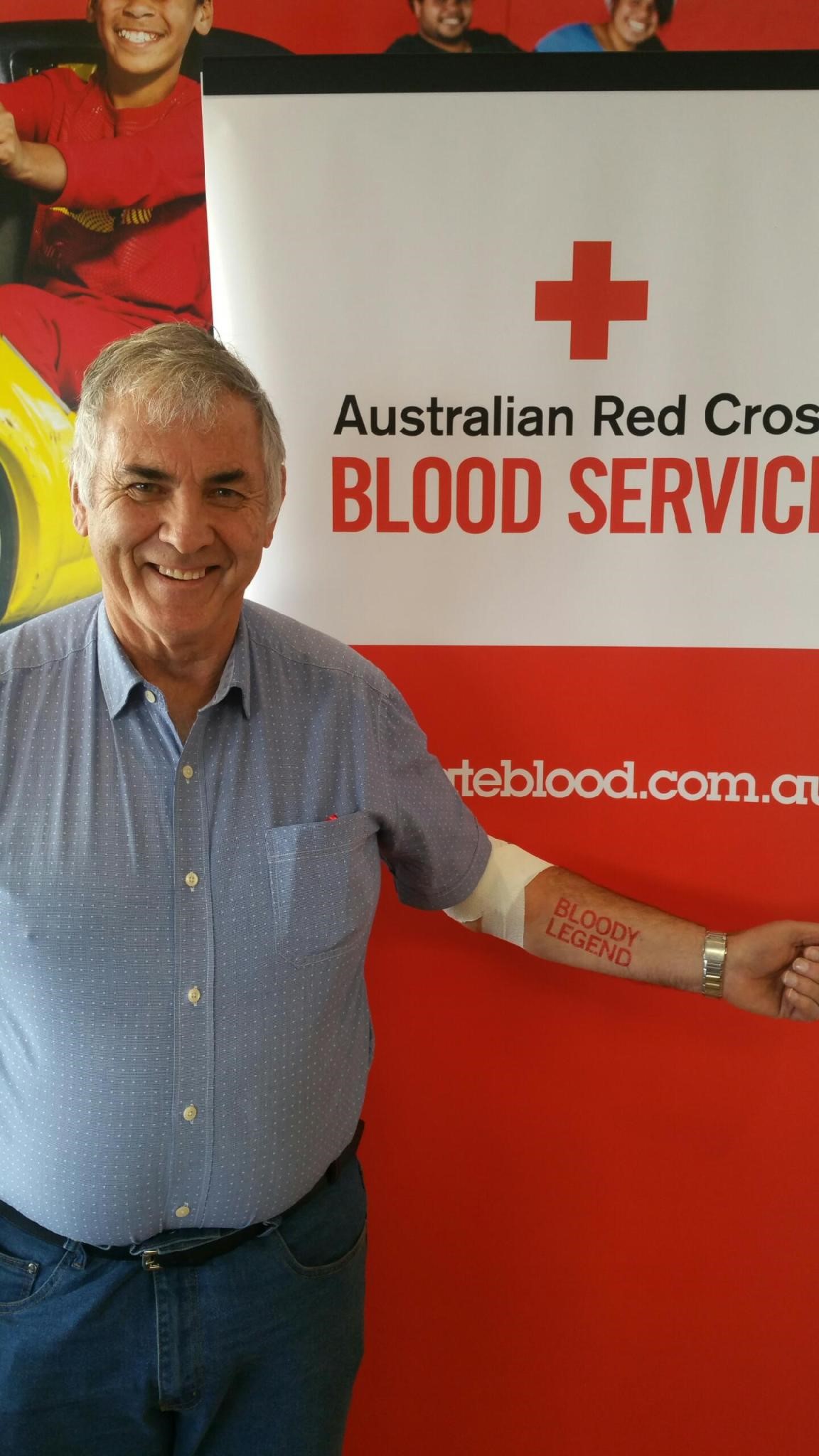 For the past three years 69-year-old Alan McGuinness carried an armband strapped to his eyeglass case to remind him to keep on going for “people at the other end”.

A long-time blood donor, Mr McGuinness is nearing the 550th time since he bravely faced his fear of needles and gave blood for someone he never knew.

It was in 1971 when Mr McGuinness answered the call for community service when a work colleague invited him to donate blood in Melbourne.

He just kept going for more than 40 years even when he and his wife had moved to Gippsland a year ago.

When asked how he felt when he gave blood for the first time Mr McGuinness said it “did hurt the first time, not the needle but the hot cup of tea they gave afterwards”.

For the first 20 years, Mr McGuinness gave whole blood donations but later on transitioned to donating platelets and plasma which presently takes him to the Traralgon blood bank every fortnight.

Around three years ago he received an armband after participating in a fundraiser for a 12-year-old family friend that had cancer and kept it as a reminder of why he’s doing what he’s doing.

“You don’t do it for what you’re getting out of it, it’s for people in the other end,” the father of three said.

“That just gave me an urge to continue.”

Mr McGuinness said his greatest achievement in community service was not the 550 times he donated blood, but the people he encouraged to step out and give some time for others in need.

“My achievement is the 73 people that I encouraged to come along too. I feel prouder of that than the number of donations [I did],” he said.

Traralgon Blood Donor Centre community relations officer Wendy Todd said because of Mr McGuinness’ donations, in the last 46 years around 1650 people have been helped by the blood bank.