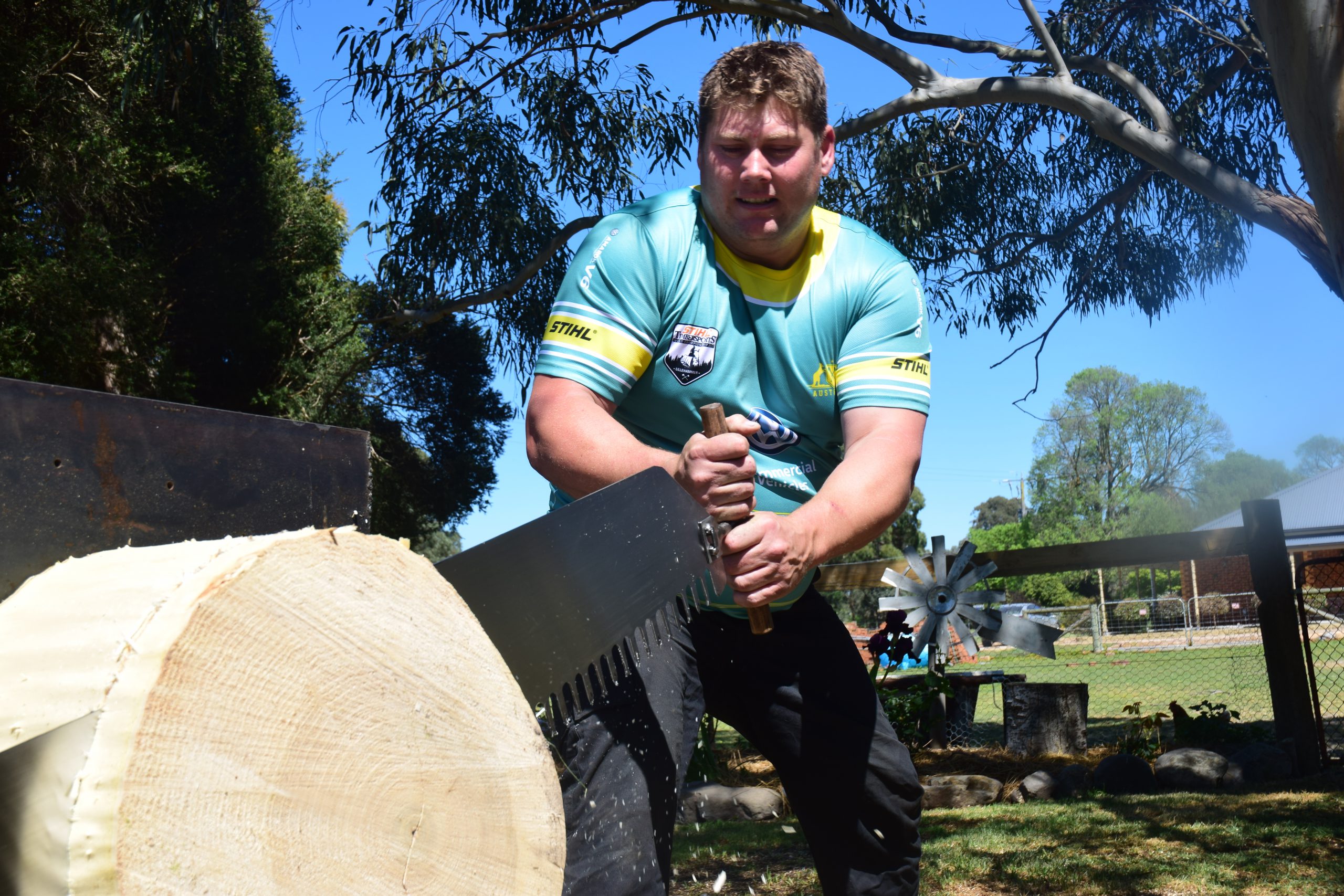 Glen Gillam describes himself as “just a bogan from the bush”, but the Toongabbie resident’s woodchopping skills are up there with the best in the world.

The father of one is set to carve up the competition next week at the 2017 World Championships.

After competing at the Timbersports Australian Championships in Melbourne earlier this month, Gillam’s fourth-place finish was enough to earn him a coveted spot on the Australian representative team, the Chopperoos.

“Just to be there on the day and have a bit of fun was the main objective, so to finish fourth was outstanding and to be heading to Norway with the Chopperoos is amazing,” Gillam said of his recent achievements.

Part of the five-man team set to take on the world in Lillehammer, Gillam joins prestigious company as the Chopperoos look to take out their fourth consecutive world championship.

“I’ve thrown my hand in for a bit of diversity and to have some fun mainly, but I compete all around Australia with the other Chopperoos all year round and it’s all about camaraderie, mateship and we’re just there for each other through and through,” he said.

Gillam heads in to the world championships in red-hot form after claiming both the 375mm underhand and the 375mm standing block world title at the Royal Sydney Show earlier this year a feat not achieved since 2002.

“Seeing my name on that board is special … it’s history. To be a part of history is amazing,” he said.

“It’s all done through personal development and it all basically comes down to self-discipline and it’s all about passion and dedication towards the sport.

Born and bred in Neerim South, Gillam comes from a long-line of woodchoppers and said his pedigree is to thank for his sporting success.

“It’s a generational thing, my old man is in the timber industry so it’s part and parcel of life. I was three years old when I first took to my mother’s fruit trees.

“It gives me a sense of putting back to the heritage, it’s part of how Australia was formed with axe and saw and it’s a tradition I like keeping going. It’s a passion, it’s a unique sport.”

With no specific training schedule in place, Gillam said there is no better practice than competition itself.

The diesel mechanic spends his weekends competing at country and rural shows across the country with partner Jacqui and son Jack in tow.

“[My family] is a crucial part of all of this and they’re really the backbone of what I do, without them and their support I wouldn’t be able to go the places I go,” Gillam said.

“Watching [my son] and looking at him just gives you the extra fire in your belly to keep going.

“Woodchopping in itself is a wonderful family sport. Each weekend we’re travelling throughout Australia somewhere different and you’re meeting a huge range of people and the relationships you establish are phenomenal.”