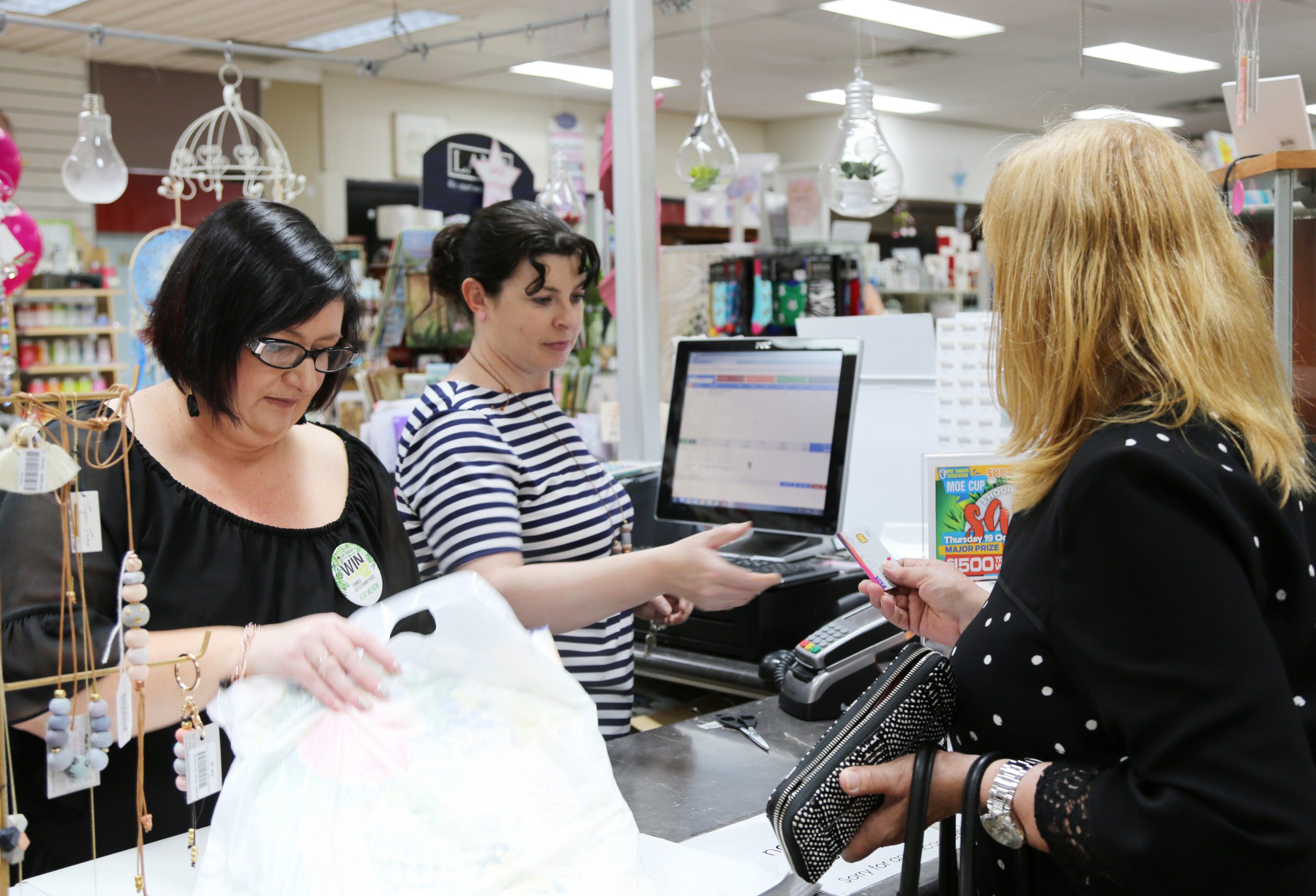 TRADING was booming in Moe on Thursday during the town’s Three Hour Sale as shoppers and race goers hit the streets destined for a bargain.

Parking spaces were limited and the footpaths were chock-a-block as people from far and wide flocked to the Latrobe Valley for the town’s sale ahead of the Moe Cup.

“It’s the biggest sale day of the year for all of the traders and the fact that the half-day public holiday is back again allows all the traders to get together and enjoy the cup,” Ms Broadbent said.

“It gives a lot of people a chance to come in from out of town to see what Moe has to offer.

“We were watching the trains come into town and there was a lot of people getting off the train nicely dressed which is always great to see.”

Clothing and lingerie business Pink Petals on Albert Street recorded its biggest trading day of the year with more than 180 in-store purchases made before lunchtime.

“We never have this many people in our shop and it’s so important that local people support local business because we need these shops to stay open,” proprietor Sally Prezioso told The Express.

“We put a lot of preparation into the sale this year. We had to get our stock ready, prepare our advertising and the clearance racks out the front so there’s a bit of work that goes into it.

“We also found that we had customers come into the shop who wouldn’t normally come in here … looking for a bargain, of course.”

The predicted inclement weather did not deter bargain-hunters from hitting the streets as the light showers had no impact on crowds.

Furniture Beds and More owner Christine Waterhouse said the sale attracted people from the west including Warragul and Drouin and shoppers from the east at Sale and Rosedale.

“It’s been extremely well, we had people waiting at the door. We didn’t have a time when someone wasn’t in the shop so the weather didn’t keep them away,” Ms Waterhouse said.

“The public really gets behind the day and we’re just really excited the races are back in Moe because the racing club helps us traders in any way they can.”

Regal Jewellers Moe on Moore Street also reported a large number of sales and said the sale was a great way to reward local customers who remain loyal to local business.

“I’d say we had quite a few hundred people through the door so the sale is extremely important because we get quite a few people who come out before the cup,” manager Harmonie Smith said.