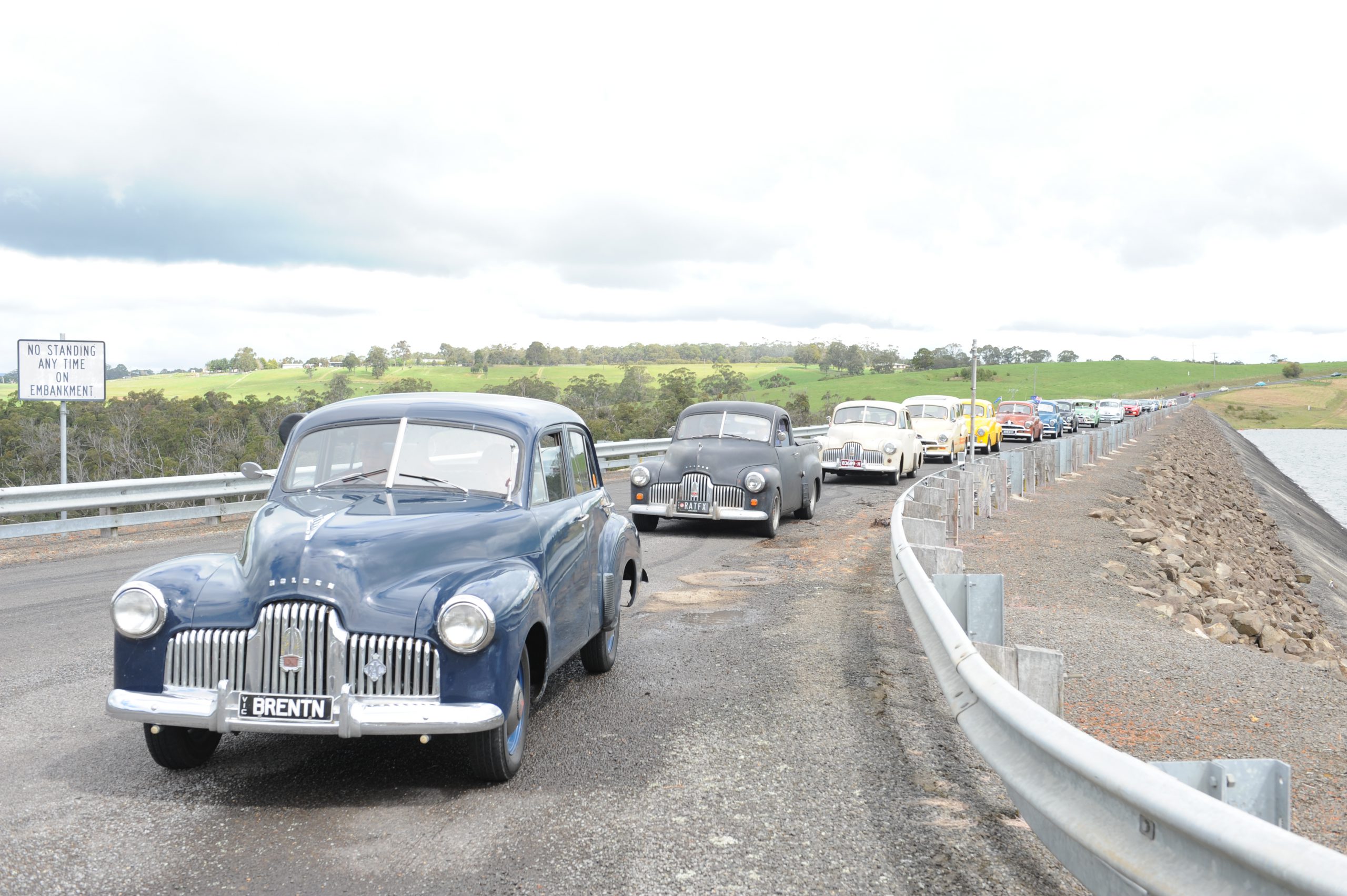 It was as if a member of the Royal Family was in Trafalgar at the weekend as Holdens for as long as the eye could see lined Waterloo Road and the town’s surrounding side streets.

About 3000 Holden’s spanning almost seven decades rolled into the town on Sunday for a tribute to commemorate the end of Australia’s car manufacturing industry.

Motoring enthusiasts and onlookers could not help but be drawn to the rare and unique classics as the company, renowned as an Australian icon, closed its doors on Friday.

Trafalgar’s recreation reserve was also a hive of activity, used as an overflow car park for the hundreds of remaining Holdens that travelled from across Victoria to take part in the day.

Cars began to congregate in the town on Friday as the first lot of Holdens from the FX-FJ Holden Club – Melbourne Chapter rolled into Gippsland on Saturday morning.

The tribute recognised the end of car manufacturing in Australia as the final Aussie-built Commodore rolled off the company’s Elizabeth production line in South Australia last week.

Trafalgar Holden Museum president Neil Joiner said the tribute saluted the iconic make and acknowledged the end of the Australia’s motoring industry “as we once knew it”.

“We should never have been in doubt, should we?,” Mr Joiner told The Express after the event.

“It was just fantastic to think that the weather was against us and we still had over 3000 motorcars and 5000 people here, it just blew everyone away. It was incredible.”

Emcee and museum committee member Richard Sherman addressed the crowd and spoke briefly to Joe Felice, a former sales and marketing executive with General Motors Holden who worked for the company for more than 40 years, and the museum’s founder, Neil Joiner.

Mr Joiner did not let the faulty public address system dampen the event, receiving a passionate round of applause from the people who braved the winter-like conditions.

After official proceedings, drivers jumped into their vehicles bound for a cruise on Route 69, a 69-kilometre journey through Gippsland marking the end of 69 years of Holden in Australia.

Hundreds of people lined streets to get a glimpse of the hard-to-miss convoy.

Many people greeted the procession at Willow Grove as it made its way through the town towards Blue Rock Dam.

As the convoy crossed the dam’s wall, hundreds of Holdens spanning almost 70 years glistened in the overcast conditions as the rain held off for most of the drive.

The Holdens then turned around and headed towards Tanjil South before eventually reaching Moe and then Trafalgar via Waterloo Road.

“It really meant everything to us, it puts us on the map, it puts Trafalgar on the map and I think we’ve highlighted one of the great things of Gippsland,” Mr Joiner said.

“We had one person here from New Zealand and a lot of these cars have come from across the state. We had people from Deniliquin, one guy from Wodonga, it was amazing.”

One member of the public, Ron from Pakenham, said it was “the best bloody car show I’ve ever been to” while another person described the event as “the perfect send off”.

When asked if a similar event would be run in the future, Mr Joiner replied “absolutely”.

“We’ll be doing it all over again next year and hopefully if the weather gods look kindly on us, we’ll have more people here,” he said.

“Our thanks to everybody who was involved and especially our volunteers and committee members, they were just fantastic.”