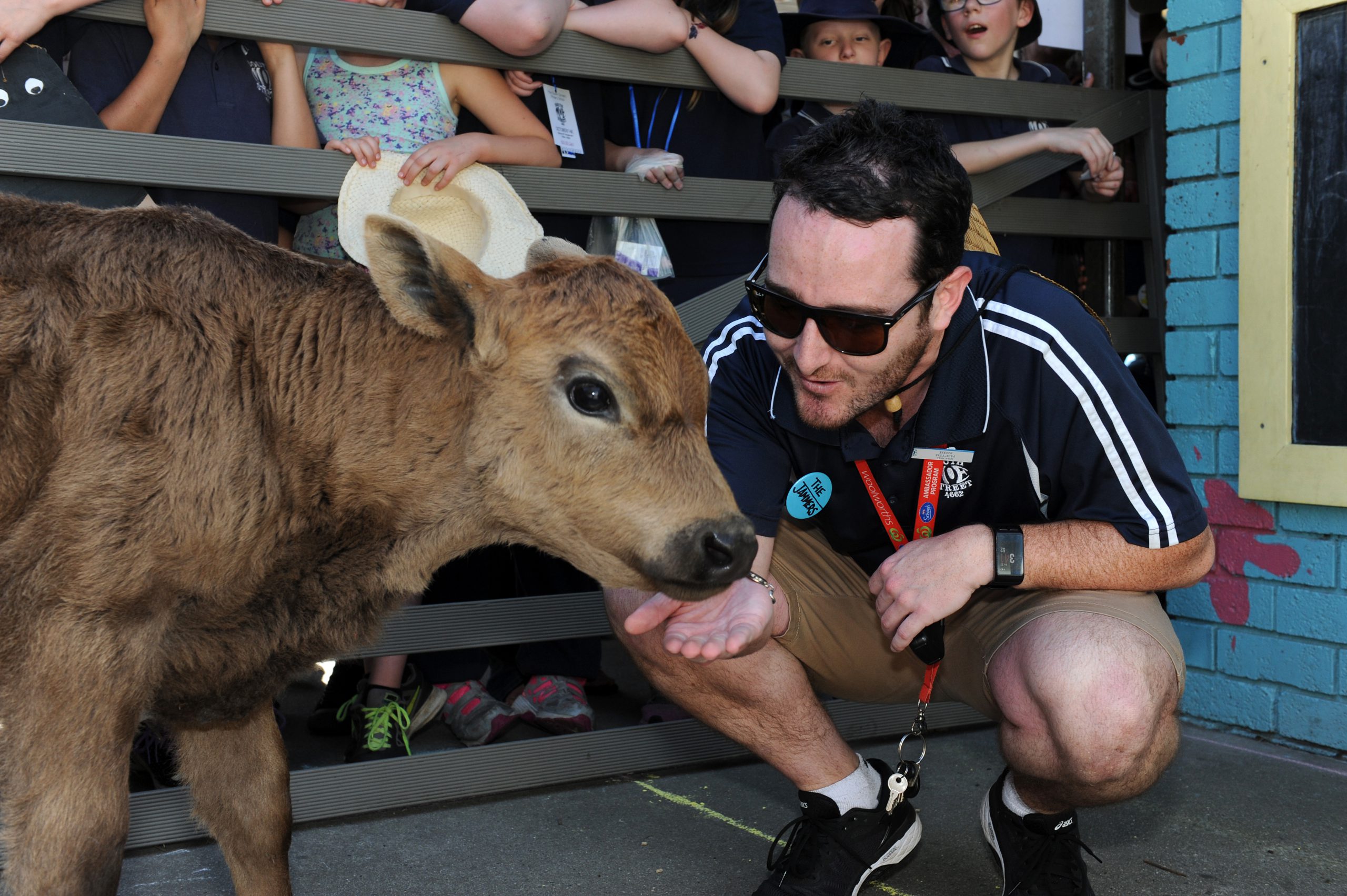 A young brown cow’s role in a petting zoo took a turn on Friday afternoon when staff at South Street Primary School in Moe coaxed it into a pen.

The on-looking students chanted “kiss the cow” as the two staff members who drew the short straw had to pucker up to the creature.

The ‘Kiss the Cow’ event was part of the primary school’s first Octoberfair.

Mr Webber and grade 5/6 teacher Ben Rilen raised the most money leading up to the event and had to lean in to the calf for a kiss.

“I should’ve been going around with other people’s tins saying ‘put money in it’,” Mr Webber said.

About 1500 people attended the fair, which co-organiser Hollie Jackson said was hopefully the first of many fundraisers for the school.

“It’s good to get the parents into the school to have a look and … [do] something fun,” Ms Jackson said.

“Even people from other schools came in to have a bit of fun,” Mr Koot said.

“This is more about … allowing the kids to have a bit of a break from the school day and raise some much needed money for the school and give the kids an experience.

“Hopefully they’ll go home today and go, ‘didn’t we have a great day’.”

The Moe Fire Brigade and State Emergency Service had attractions at the fair, a number of local business set up stalls and AFL Gippsland was also at the event. A sponge-throwing attraction was also a hit on the day.