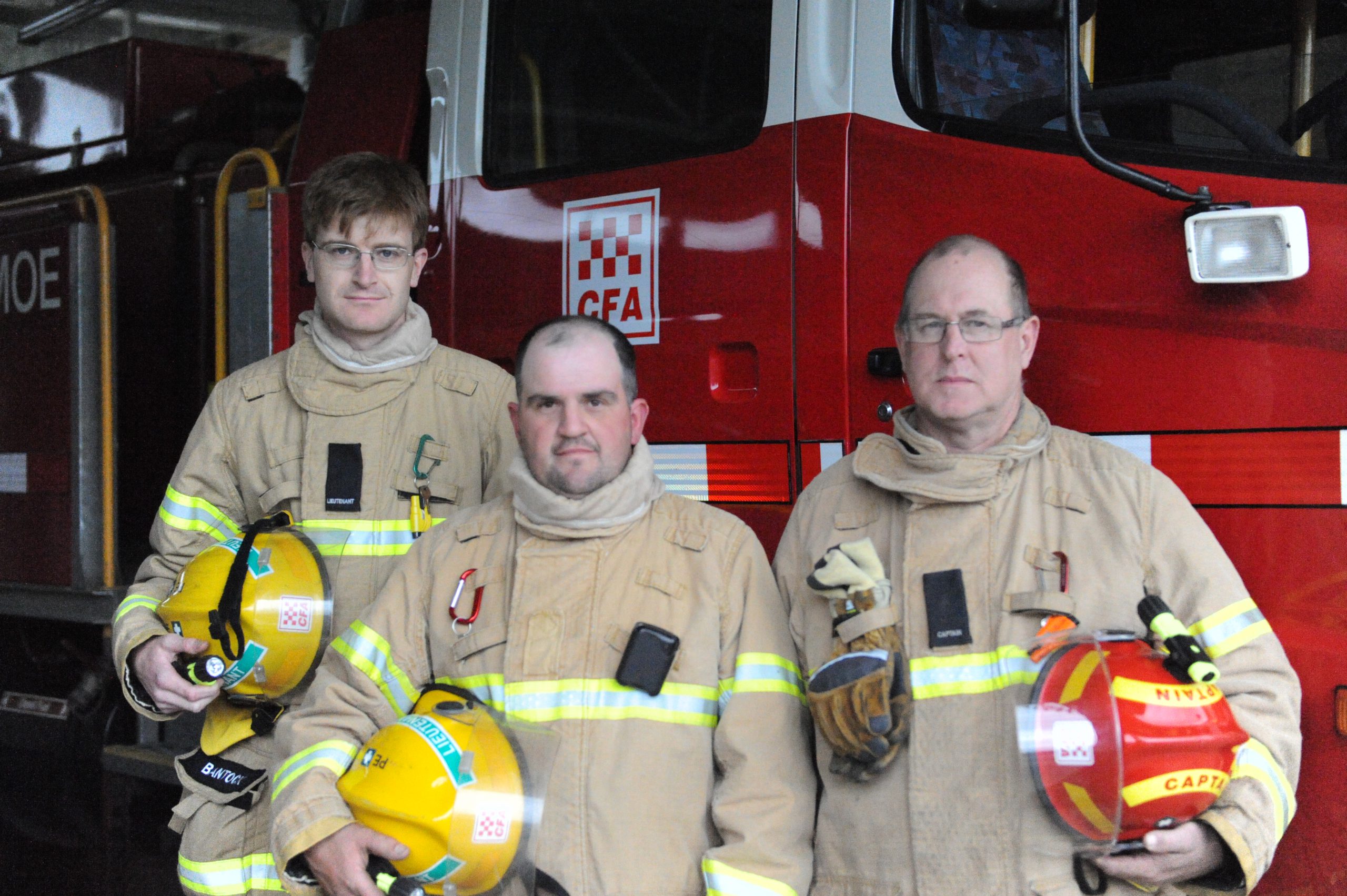 The Moe Fire Brigade has issued a plea to the state government to completely overhaul its out-dated and run-down Albert Street station following a report released by the CFA last week, which revealed Moe had the slowest responding station to incidents this year.

Data released by the CFA showed that Moe, a fully volunteer-run station, responded to just 16 per cent of incidents within the authority’s standard eight minute period.

That compared to Traralgon which responded to 100 per cent of incidents within eight minutes, followed closely by Morwell which registered a 98 per cent response rate under the standard time.

Both the Morwell and Traralgon brigades are supported by career firefighters.

But Moe brigade captain Rod Day has defended the response time and flagged a dilapidated station in a challenging location as two of the reasons why the brigade was slow to respond between April 1 and June 30.

Mr Day, who has been a member of the brigade for 35 years, said he had been lobbying “bloody tirelessly” over the last 10 years for a station upgrade but his calls had “fallen on deaf ears”.

“We’re well aware of the stats and we were well aware that they were going to be released but what’s frustrating us is that there’s no explanation as to why the stats are the way they are,” he said.

“The main factor is the location of the fire station … it’s very hard for the volunteers to get here because 95 per cent of our volunteers live on the other side of the train line.

“Daytime manning is another problem we have. Most days during the day we’re lucky if we’ve got two people in the town to respond.”

The brigade falls under the hazard two class which according to the CFA “covers significant urban areas and is primarily residential including commercial centres”.

In its class, Moe was ranked the slowest to respond to incidents in the state behind Lara at 22 per cent and Sale at 27 per cent.

But Mr Day said the station, which is manned by about 30 volunteers, had been “forgotten about” in recent times.

“We knew our stats, but we were never aware of the results of the other stations,” he said.

“Our morale has been knocked by this, but I’ve got to make sure we keep the morale up and not let it affect the crew and enforce that it’s not a personal attack on the members because we’ve had really good support from the community, we’ve had very few negative comments about it.

“The local community realise that we’re in trouble so they’ve been pretty easy on us.”

Overcrowding at the station has also been an issue, the brigade’s captain said, even after a secondary shed was built at the rear of the original complex five years ago to accommodate the station’s Scania pumper.

“[The station has] had no maintenance done on it for a very long time, it’s very run down and they won’t spend money on it because of its poor condition,” Mr Day said.

“What the brigade would like to see is a new station and some daytime manning, that would help us immensely because we can’t guarantee during the day we will get that truck out the door.

“We’ve been lucky that we haven’t lost a person because if we get a bad job during the day and I’m the only one there, I’m not going to be able to save anyone.”

But in a statement to The Express, Emergency Services Minister James Merlino did not confirm if the state government would commit to an upgrade of Moe’s current fire station.

“This response time data points clearly to growth areas where our fire services are struggling to keep up with demand,” Mr Merlino said.

“The fire services reforms introduced by the Andrews Labor Government will help protect community safety by ensuring that the fire services in our growing outer-Melbourne suburbs and regional cities have the resources they need.”