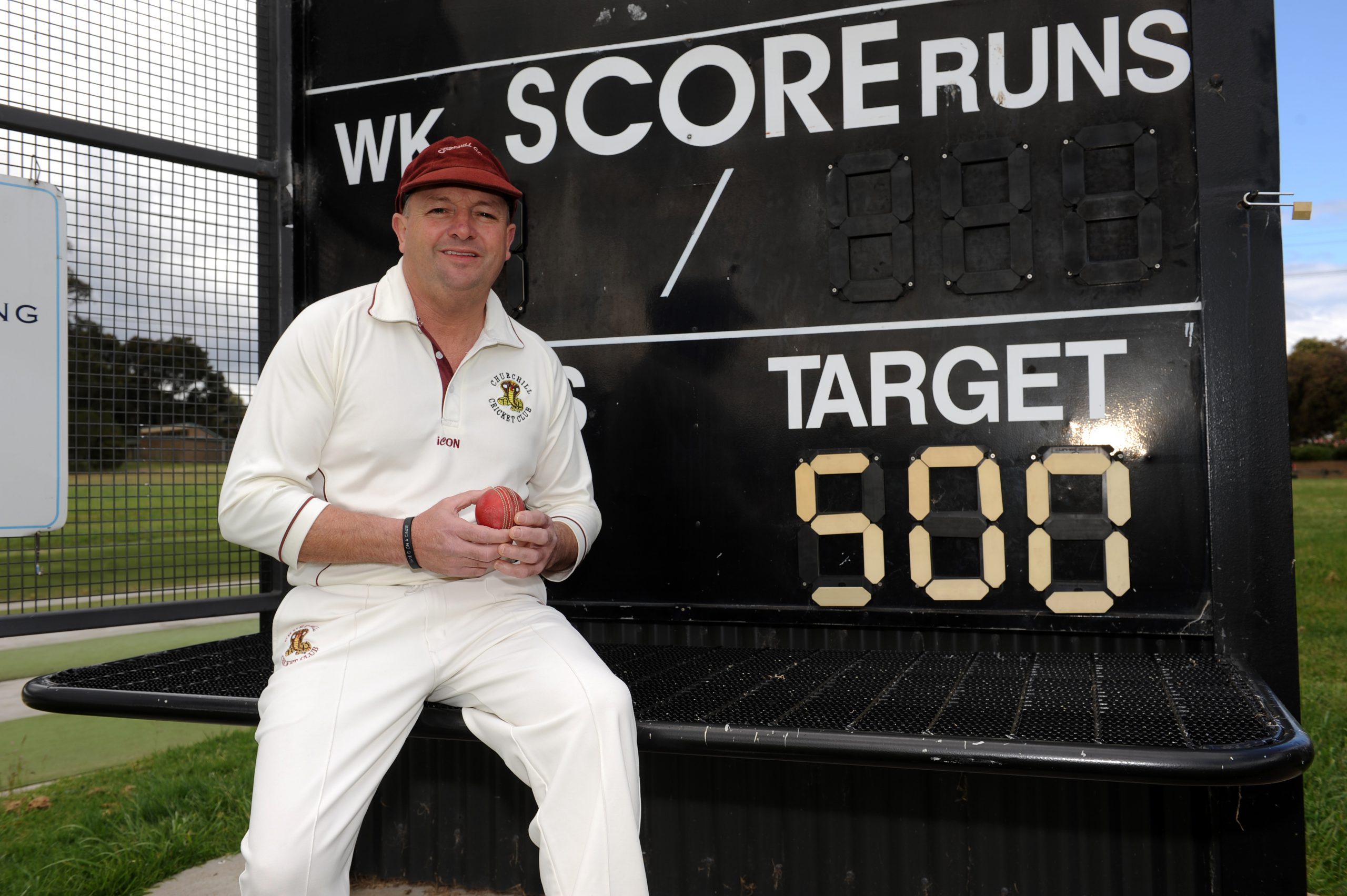 Graham Harvey has poured himself into the Churchill Cricket Club over the last 38 years, but it was the club’s turn to return the favour last weekend when the much-loved stalwart played his 500th game.

Affectionately known as ‘Grub’, the 54-year-old’s astonishing achievement was recognised with a celebratory breakfast on Saturday at the Churchill clubrooms with about 50 people in attendance.

Churchill secretary Wayne Reynolds described Harvey as the linchpin of the club and “the sort of guy who would do anything for you”.

“Grub is always looking for ways to help out … he doesn’t toot his own horn and he always drives what’s best for the club without making a big deal of it … he’s amazing,” Reynolds said.

“There are not too many people who have been around the league who don’t know Grub … he has many good friends throughout the association.”

So far-reaching is Harvey’s popularity that several players from rival clubs in the Traralgon and District Cricket Association attended the celebration breakfast to acknowledge the milestone.

“It just shows how well-respected he is within the league,” Reynolds said.

“By the end of the celebrations he was sick of being the centre of attention … we went on to form a guard of honour for him before the game but he just wanted to get on with it.”

Harvey, who has been at the club for 38 years, labelled the entire day “too much of a fuss” and was characteristically humble in the wake of the his astounding achievement.

“I told the club I really appreciate everything they did for me and it was just a really good experience, but it’s not my club, it belongs to the entire Churchill township,” he said.

“I just love everyone at Churchill, from the original people who started the club in 1972, I feel its my duty… they got the club running and going, and they need someone to finish it.”

Harvey has worn many hats during his time as a Churchill devotee and has been a mainstay at the club since its inception.

He served as club president for 11 years, spent 17 years as vice president of the TDCA, was the driving force behind the construction of the Churchill social rooms and training nets and even witnessed the club’s first ever game in the season of 1973/74.

“I remember going out to watch the first game at Gaskin Park on oval two … they played Newborough and didn’t make very many runs,” Harvey said.

“Since then the club has gone from having one senior team to having three really competitive teams … we’ve got our own social rooms that we raised money for ourselves.”

The social rooms, which were constructed in 2000, are the proud product of years of groundwork from Harvey and were named in his honour.

“I remember saying to the president before me ‘build us a social room and I’ll look after it for the rest of my life’,” he said.

“I probably wear too many hats and interfere sometimes but I just love to be involved.”

The year 1994 was extra special as it marked the birth of his twin sons.

“I was going to have a year off and help my wife with the kids, but she did such a good job that she didn’t need me,” he said.

“The A grade side needed a wicketkeeper so I put my hand up and just didn’t leave.”

Son Ryan, now 24, is keeping it in the family and is president of Churchill and plays in the club’s A grade side.

With enormous shoes to fill, Ryan is well on the way to taking over the mantle at Churchill.

“The boys were born into the club, they’ve been bought up to take over,” Harvey said.

The veteran has more than earned his keep on the pitch, not missing a season since 1979.

“Grub is a really reliable player, he keeps producing and he’s always thereabouts at the end of the year for the bowling and batting awards,” Reynolds said.

“More than that, his biggest legacy is his tireless work and humility … he’s just one of those people that simply makes the club better.”