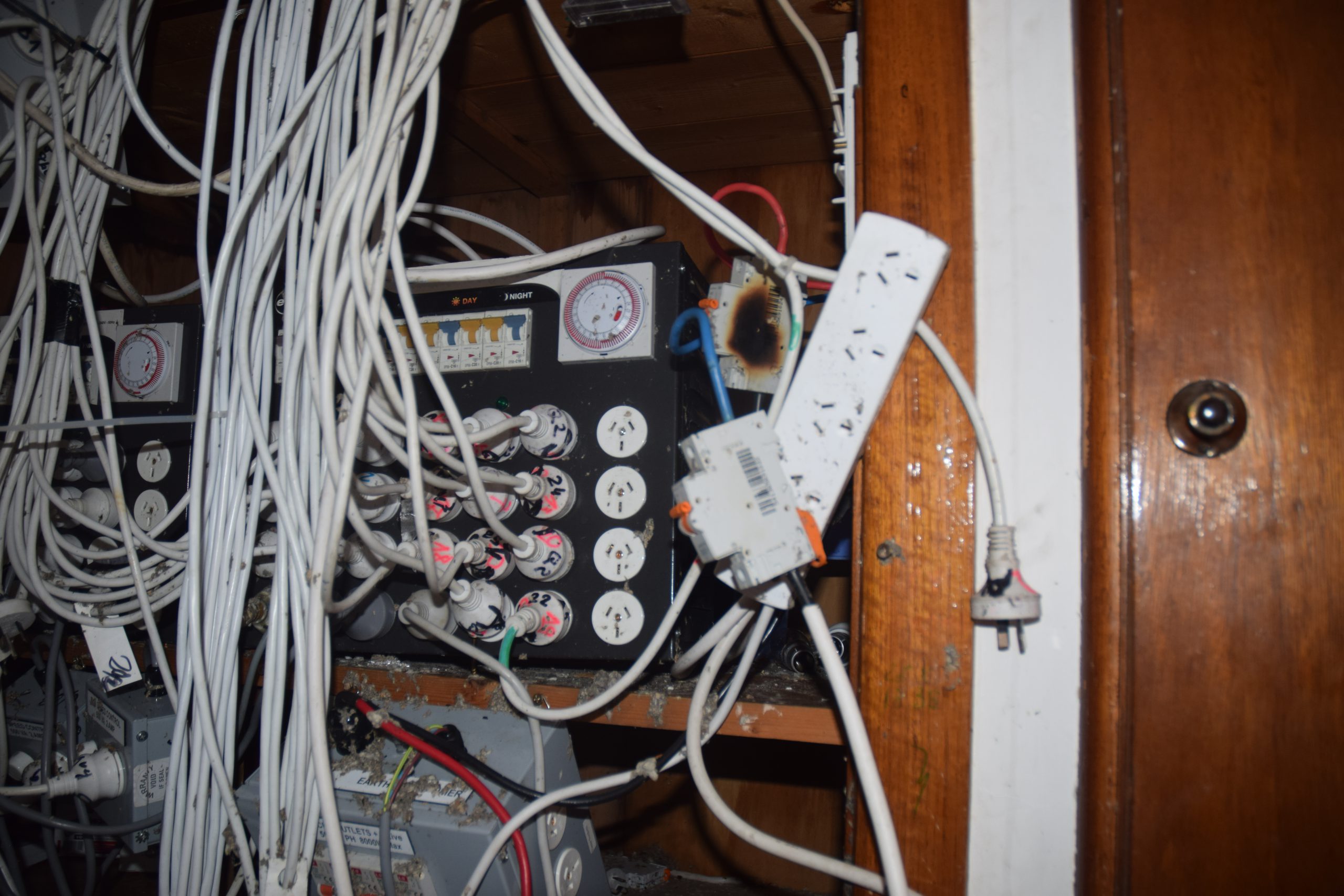 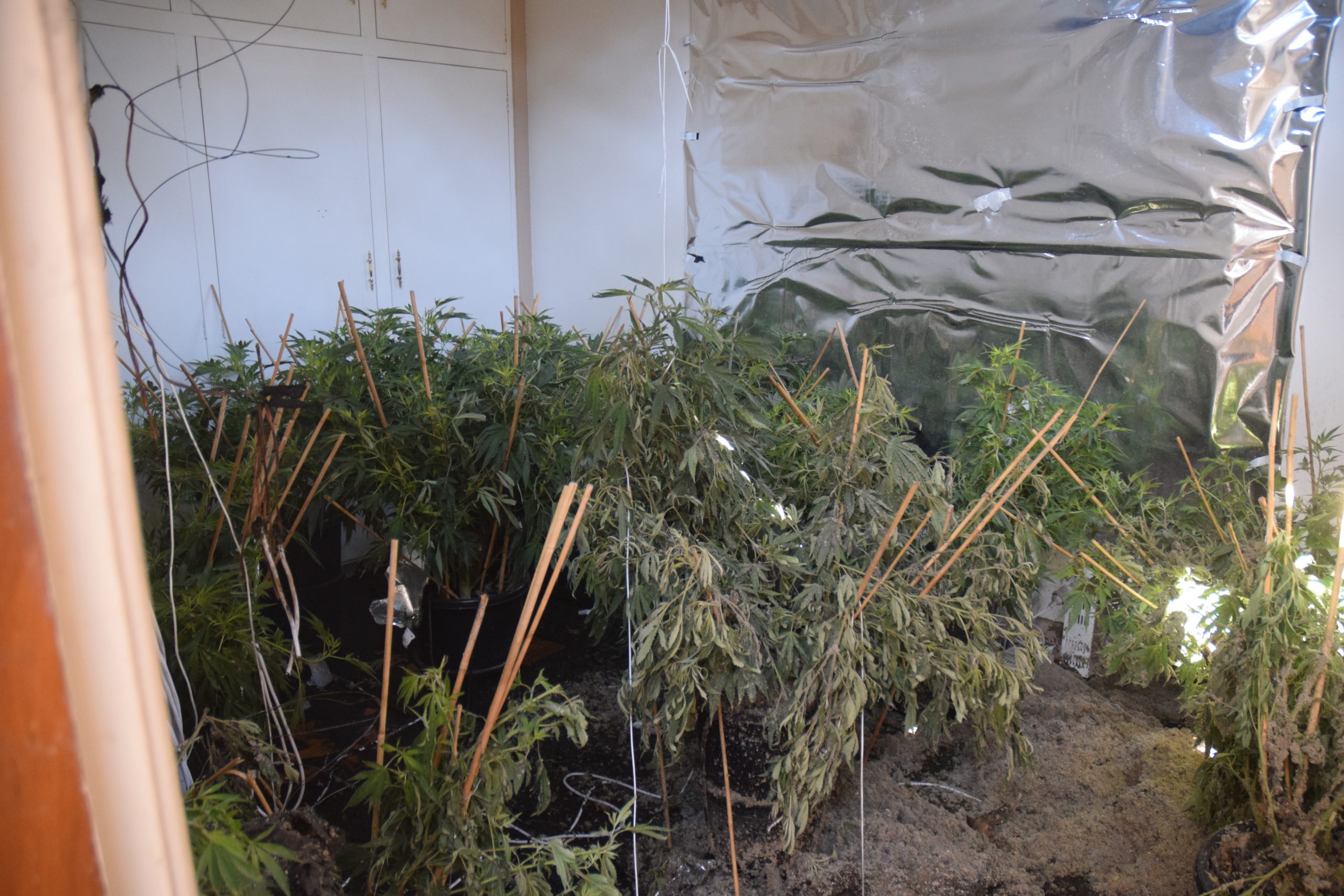 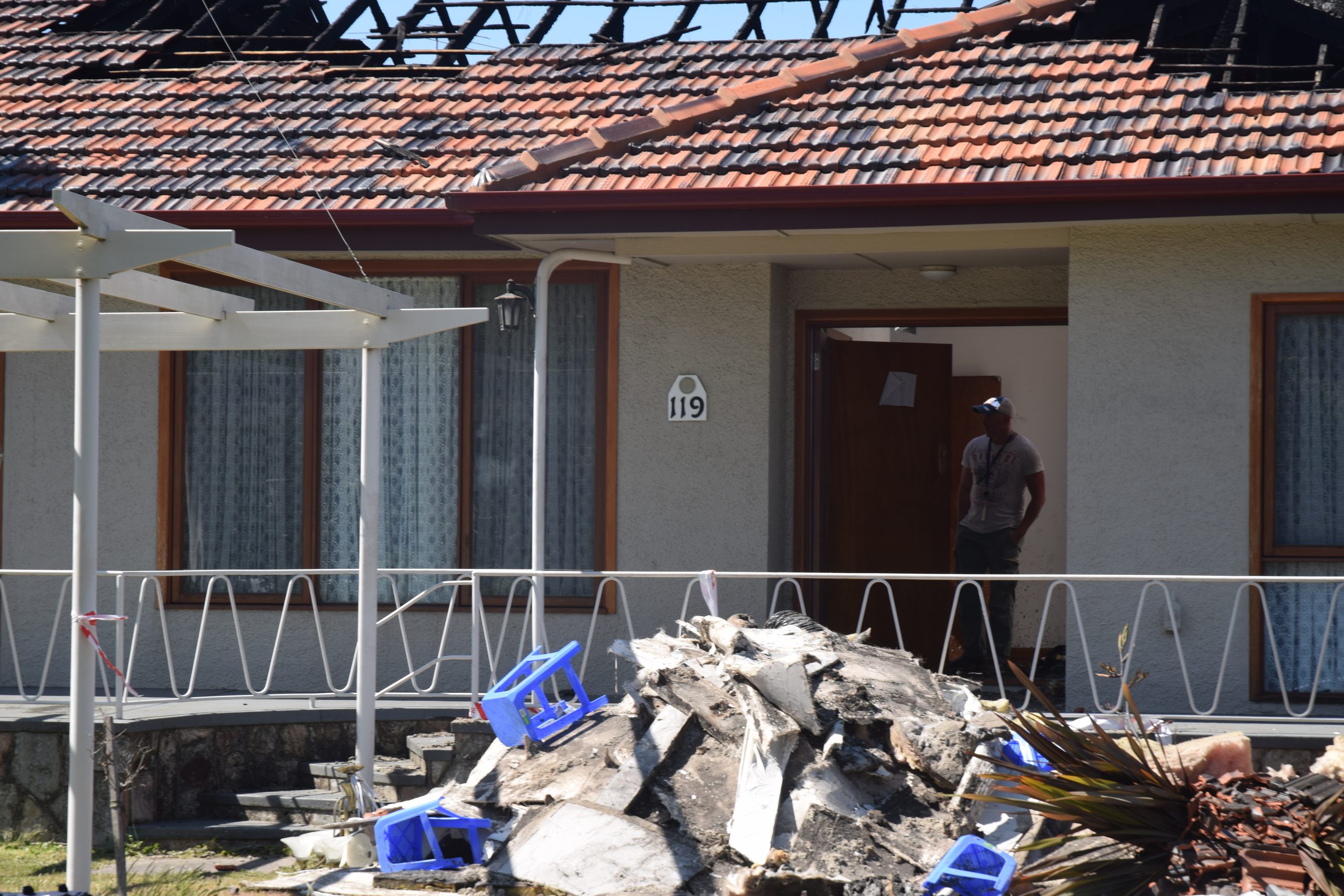 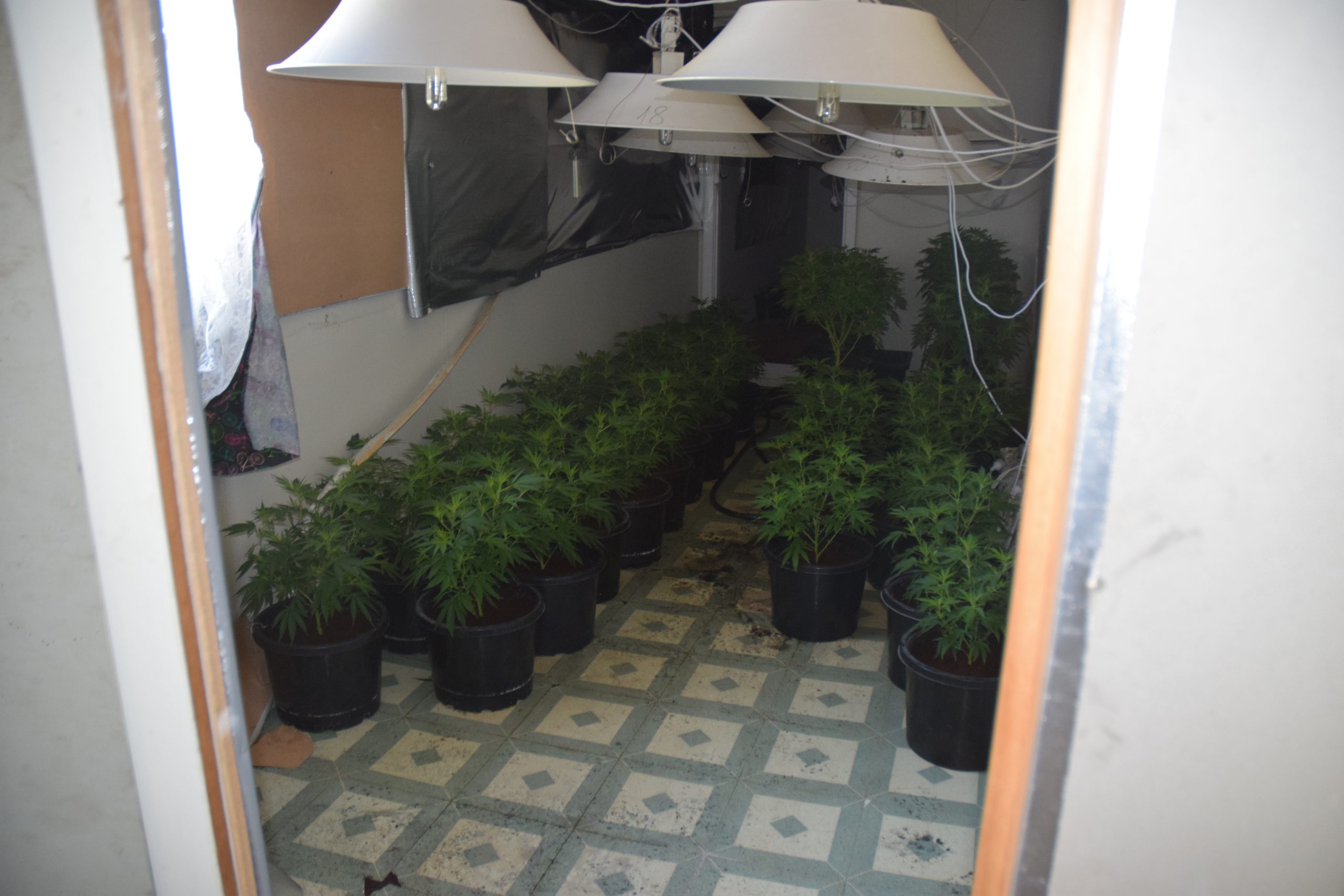 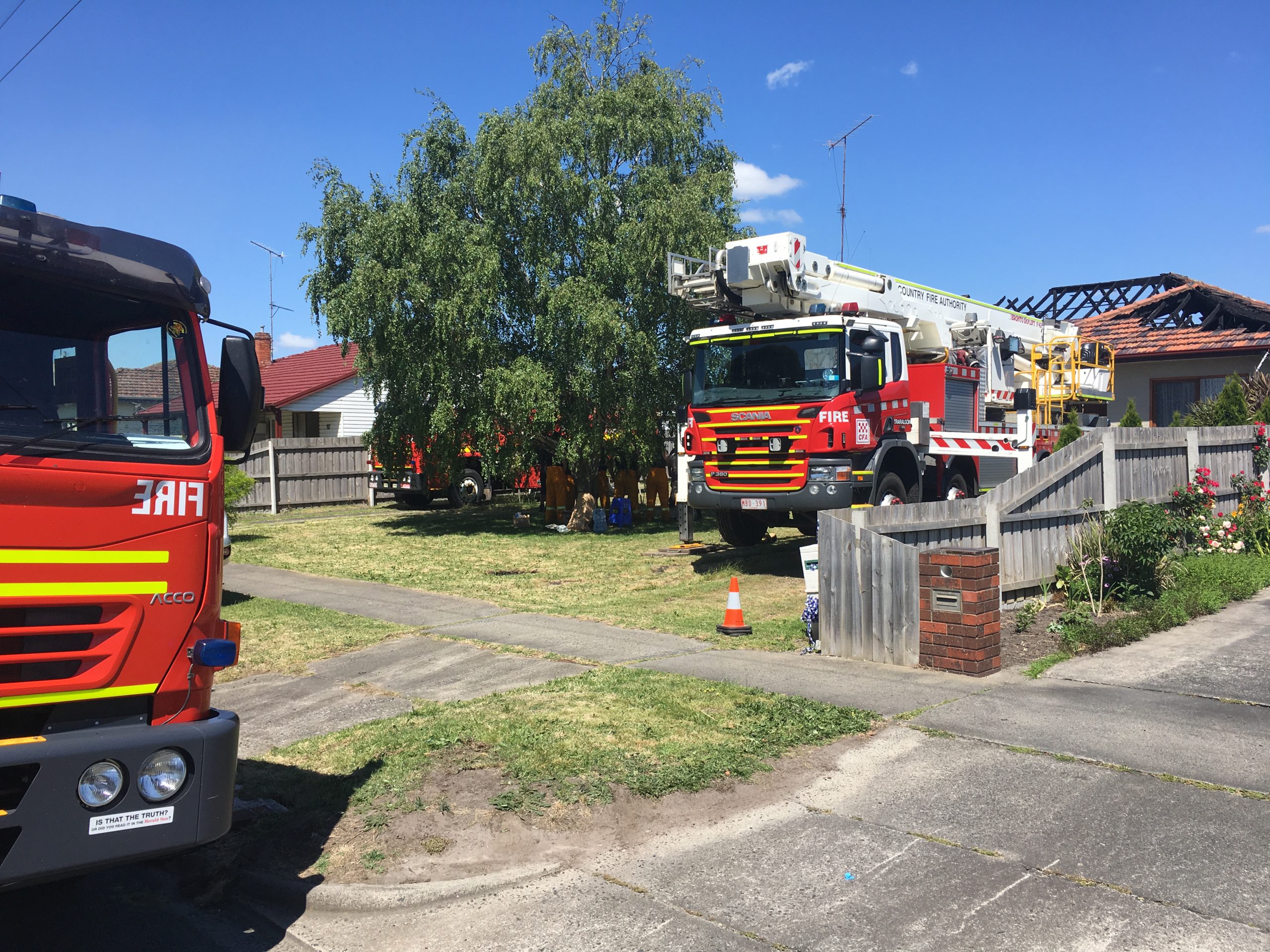 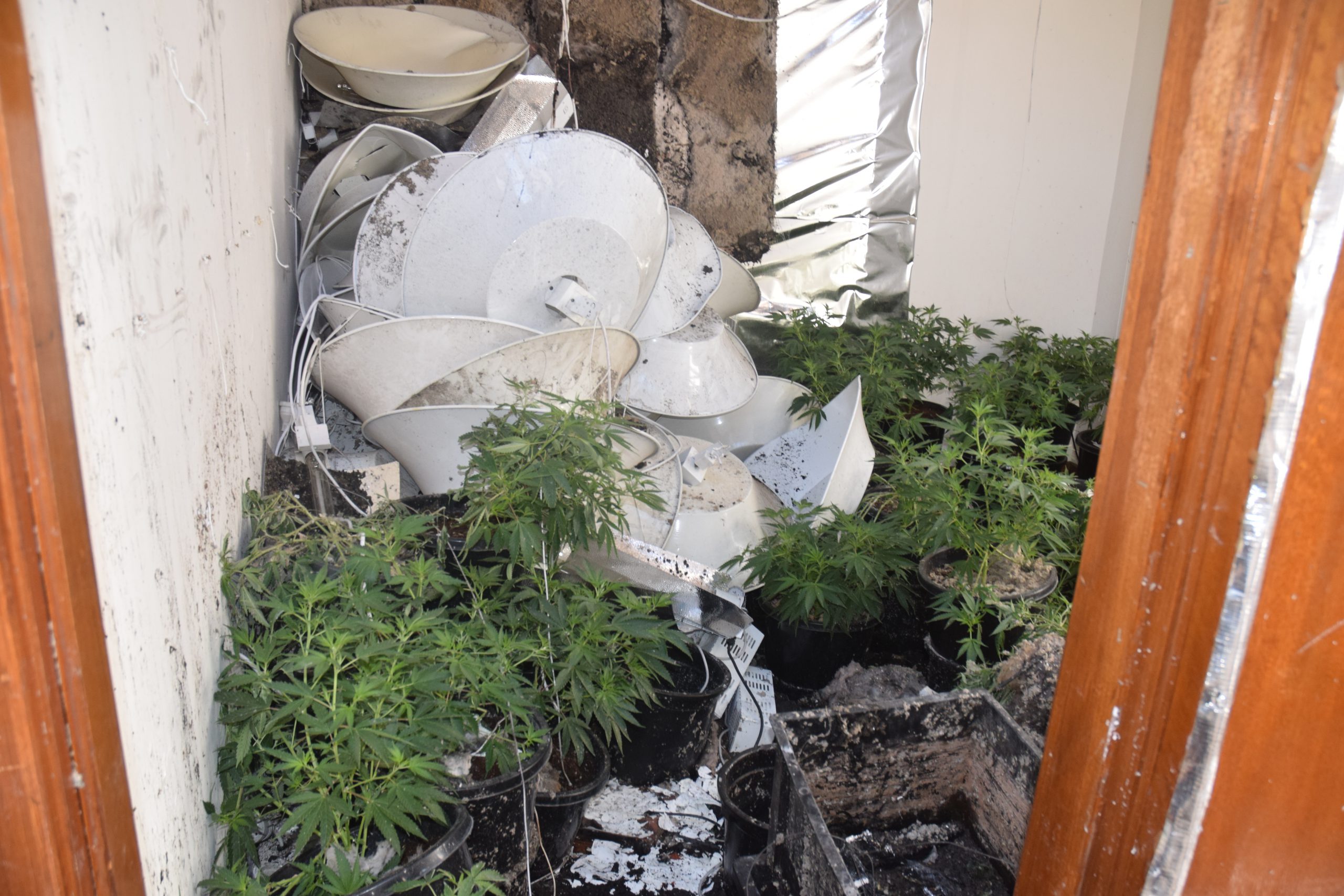 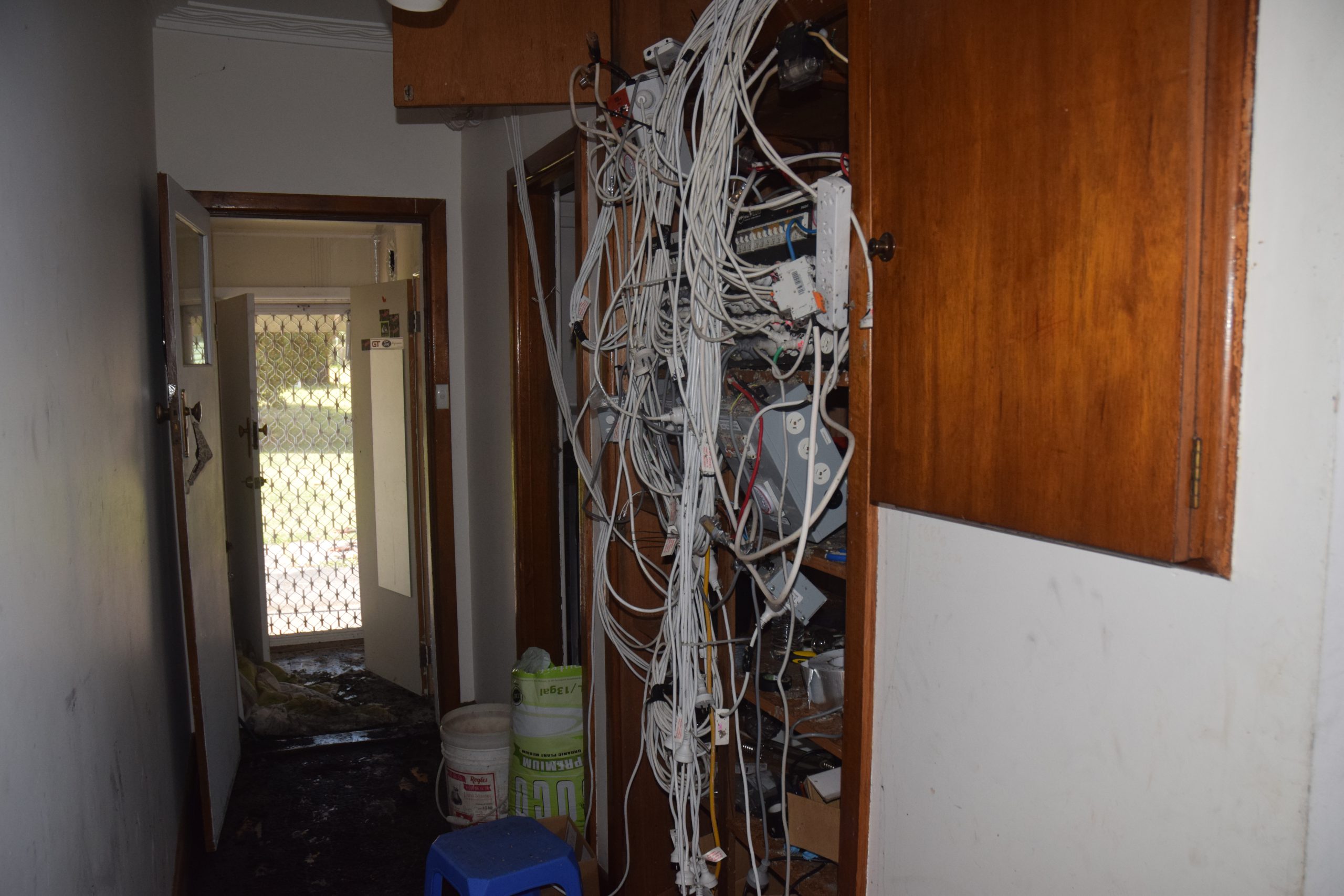 A marijuana crop house has been uncovered in Moe after a blaze ripped through the Lloyd Street property on Saturday morning.

Three-hundred cannabis plants believed to be worth “hundreds of thousands” of dollars were discovered at the property on one of Moe’s busiest roads, after an illegal electrical bypass rigged up inside the house caught fire.

Speaking to media on Monday morning, police said the commercial quantity of cannabis found inside the house could have been in operation for up to 16 months.

The registered owners of the house, who do not live at the Lloyd Street address, are yet to be interviewed by detectives.

“It was a bit of a surprise for everyone, particularly the CFA members who attended,” Latrobe Crime Investigation Unit Detective Senior Constable Joey Kurtschenko said.

“It would be [worth] hundreds of thousands and this will have been in operation for quite sometime so they would’ve made the value of the house on this crop.”

Neighbours told police they had witnessed men at the property “sporadically” over the past several months but believed the house was vacant most of the time.

“[Neighbours] have seen some people very sporadically throughout this area but they’ve not been able to engage with them in any way, shape or form,” Senior Constable Kurtschenko said.

On Sunday, police called in the CFA and MFB’s Urban Search and Rescue who worked alongside Moe Fire Brigade and Traralgon’s ladder platform to secure the home following the fire.

District 27 operations officer Chris Loeschenkohl said the Morwell aerial pumper was used to extinguish the blaze as the fire was contained to the roof cavity.

“The roof tiles posed an unsafe risk for Victoria Police to get into the scene safely, because they were quite loose and they did have some collapse during the initial investigations,” Mr Loeschenkohl said.

“So they called on specialist gear from the MFB and CFA to assist with Moe Fire Brigade to remove the debris and allow VicPol to enter [on Monday].

The fire took about 30 minutes to get under control after six units from across the Latrobe Valley responded to the blaze.

“An electrical bypass is usually when someone taps into the electrical services usually before the meter which posses extremely high risks,” Loeschenkohl said.

“You’re pretty much playing with live power without any isolation so the risk to the person doing it is extreme.”

Police encouraged residents to be vigilant following the discovery and reminded people to report suspicious behaviour to police.

“These sorts of houses can be anywhere, absolutely everywhere. So if you see anything that looks suspicious, houses that all the windows are boarded [up], people who don’t really want to engage with you … these are warning bells for us,” Senior Constable Kurtschenko said.

“A lot of these houses are very well maintained out the front and the people who are going to be living in them aren’t going to be engaging with neighbours.

“Please let us know and we’ll come to the houses and we’ll do an assessment on them.”

The investigation is ongoing with police expected to be at the property for sometime while they seize the remaining plants.

People with information are urged to phone Crime Stoppers on 1800 333 000 or report online confidentially at crimestoppersvic.com.au