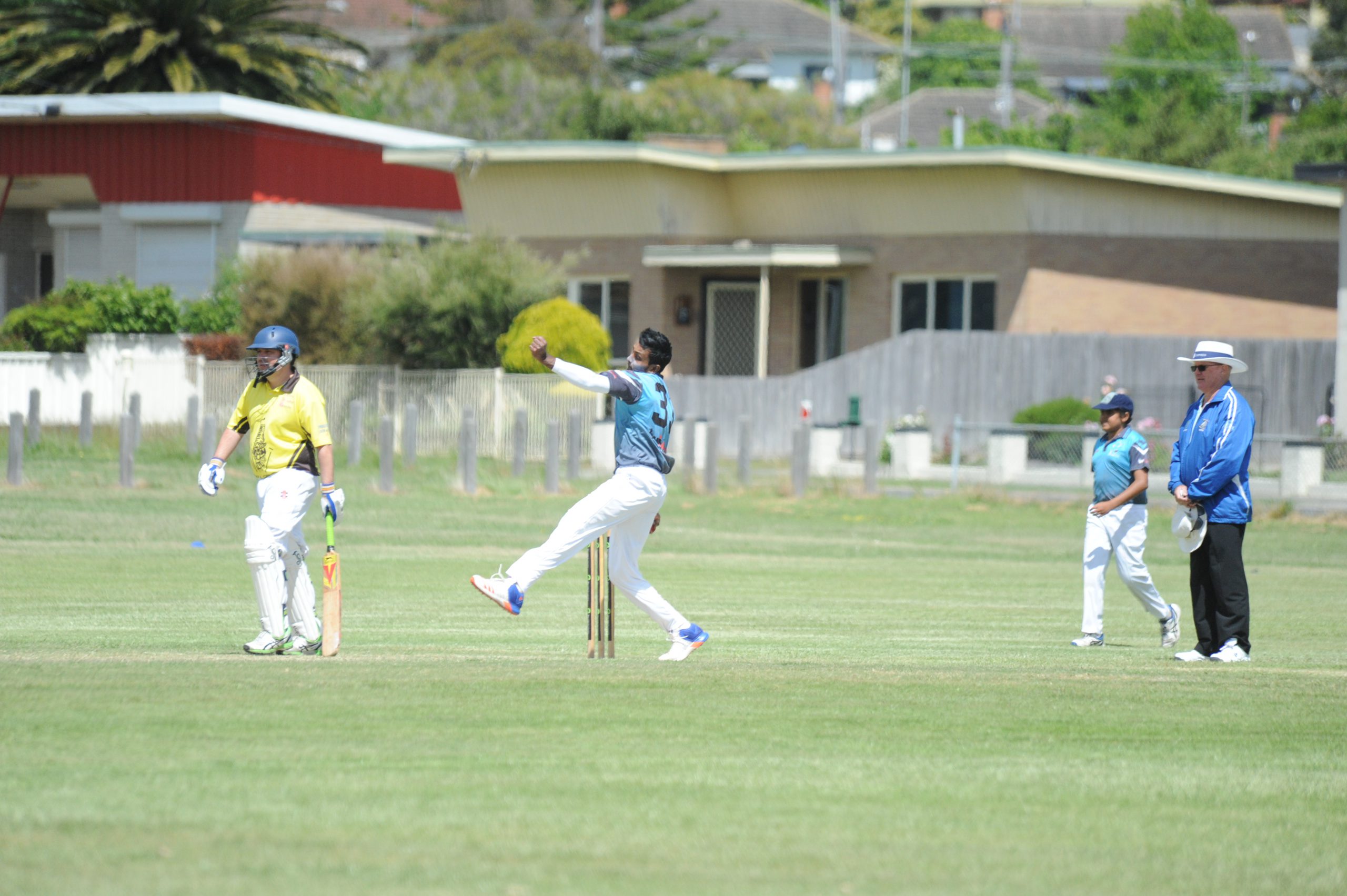 Latrobe needs 71 runs with five wickets in hand to overhaul Mirboo North’s first innings score of 157 when play resumes on day two of its match.

The Tigers won the toss and elected to bat at Mirboo North Recreation Reserve in their first two-day match of the season.

It was a decision which proved costly when Sharks bowler Zac Brown struck to remove opener Hamaiz Mahood for a duck.

From there, the home team slumped to 5/38 as the Latrobe bowlers ripped apart the Mirboo North top order.

All-rounder Will Cheatley (54) and Brendan Van Heurck (47) helped the Tigers back into the match with a 68-run partnership as the home team managed to reach 157 before being all out in 50th over.

Tyron Gamage was the pick of the Latrobe bowlers with 5/62 off 21 overs, including the prized scalp of star all-rounder Rob Phoenix (7) and ending Van Heurck’s innings.

After losing both openers cheaply, it fell to club legend Anthony Bloomfield in his first first-grade game of the season to steady the ship before he was trapped in front by Phoenix on 33.

Phoenix finished the day with 2/22 off eight overs, as Cheatley, Rohan Hughes and Dale Banks contributed a wicket each.

Hayden Kimpton (11 not out) and Trent Roberts (two not out) remain at the crease and will need a solid partnership to put the visitors in the driver’s seat.

Moe will fancy its chances of chasing down Trafalgar’s score of 125 when play resumes at Ted Summerton Reserve on Saturday.

The Lions are just 28 runs short of a first innings victory with five wickets remaining and star batsman Andrew Philip still at the crease on 45.

Earlier in the day, the Ships won the toss and elected to bat, with Jayden Mathison striking early to remove opener Nick Gurney (17).

Trafalgar soon found itself in treacherous waters at 6/35, with Mathison, Sam Price and Robert Blunt getting among the wickets.

Mathison did the damage for the Lions with 4/45 off 19 overs, with Philip taking three of his own.

A score of 90 from Morwell opening bat Mark Cukier has put the Tigers in a dominant position against Jeeralang-Boolarra at the end of day one.

Cukier’s knock, his 28th half century and the club’s second highest first grade score against the Panthers, helped the Tigers to 267 off 75.4 overs.

Morwell got off to a strong start, with Cukier and opening partner Robert Webber (30) posting an opening stand of 89.

But in a season that has been typified by strong batting performances, Morwell rallied with Craig Giddens (30), Brendan Brincat (33) and Jordan Campbell (44) to ensure the openers hard work did not go to waste.

Rhy McNaughton had a stellar day with the ball, taking 6/61 off 20 overs.

In reply, Jeeralang-Boolarra is 1/17 off six overs after Harper struck to remove Nick Duncan for one.