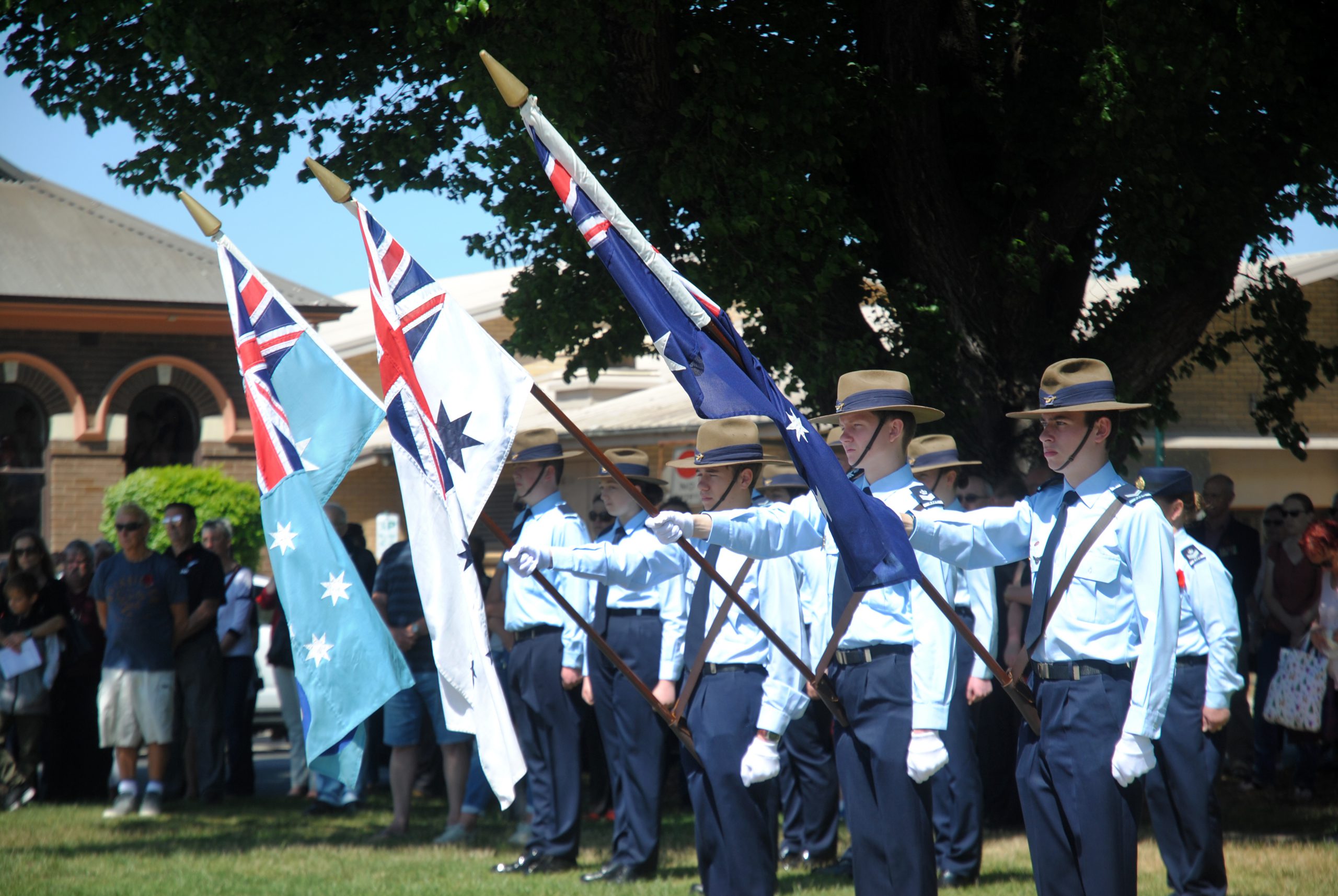 Lieutenant Doug Caulfield, who led the service, said the young bugler was “no stranger to this task”, having performed The Last Post in 2015 when the band went to the Slouch Hat Memorial in Bullecourt, France.

About 100-150 veterans, families, school groups and community representatives met at the cenotaph on the corner of Kay and Franklin streets for the ceremony which started at 10.35am.

Before the silent reflection traditionally at 11am, Lieutenant Caulfield said the ceremony was “at the mercy of Australia Post’s synchronisation”, with the clock tower behind him.

“Hopefully it’ll all come together as planned,” he said.

Traralgon RSL president Ron Culliver said the Remembrance Day crowd seemed to be increasing each year, and the day was an opportunity for the diggers and their families to get together.

“Sometimes it’s the only time we get to see each other,” Mr Culliver said.

“They’re gone the First World War ones. They’re getting very light on the ground the Second World War.

“There’s a lot of things to talk about; there’s those who didn’t come home and those that did.”