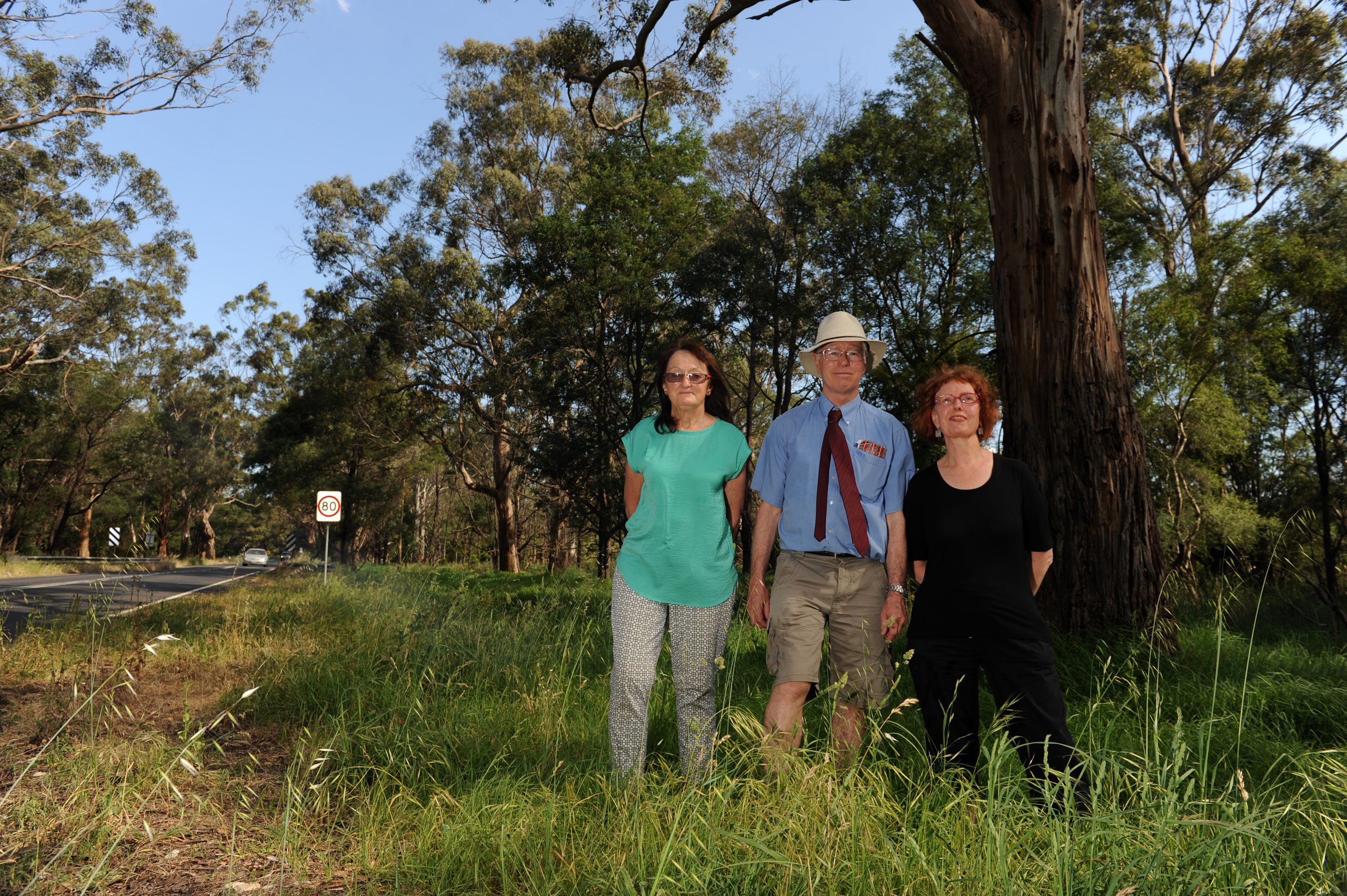 A bridge reconstruction and road safety works between Tyers and Traralgon will likely go ahead following a Latrobe City Council decision to grant VicRoads a planning permit.

While the proposed works are still subject to federal approval, community members and local environmental groups have rallied to save the remnant Strzelecki Gums, many of which will be threatened by the proposed works.

“So this need to replace the bridge has given us an opportunity to also fix the safety in the area … we have pushed it out to try and include as much of the existing road as possible,” she said.

Ms Chase explained that of the 49 trees, 19 would need to be removed while the remaining 30 would be deemed ‘lost’ in accordance with Australian standards.

“It doesn’t mean the trees deemed ‘lost’ won’t continue to survive, it is a risk-based approach that says their lifespan might be less than it would have ordinarily been because of the impacts of the works,” she said.

Ms Chase said in addition to offsets required by legislation, VicRoads would also provide 900 Strzelecki Gums propagated from seeds collected in the area and planted in nearby areas.

Latrobe Valley Sustainability Group representative Dan Caffrey said the environment around the bridge supported a unique habitat based on “the most easterly stand of endangered Strzelecki Gums”.

“This habitat supports a healthy population of mammals, reptiles, birds,” he said.

“The proposed development will ruin this habitat.”

Mr Caffrey said while the new bridge was welcome, the “contentious bit” was the width of the road.

“I’d like to question whether widening and straightening this section of the road necessarily makes it safer, as drivers will be encouraged to speed through the area,” he said.

“I’d also like to suggest the upgrade will encourage more heavy vehicles into the increasingly populated west end of Traralgon as it will allow loaded quarry trucks to ply up the bluff cutting and into the Crosses Road area, which has recently been opened up for new housing.”

However, VicRoads said the road was an arterial link between Tyers and Traralgon and because of the load restriction on the current road, heavy vehicles were having to find alternative ways to travel.

“Once the works are complete, we will be removing the weight restriction so that heavy vehicles can travel on the road.”

Tyers resident Irene Proebsting said she believed VicRoads was trying to minimise the impact they were having in the public eye.

“They say it will only be 19 Strzlecki gums, although the biodiversity report says 49 Strzelecki gums will be lost … but they don’t mention the wattle, blackwoods and other trees … which would make up over 100 trees in the area,” she said.

Ms Proebsting said if the federal approval was granted, she was considering taking the issue to Victorian Civil Administrative Tribunal.