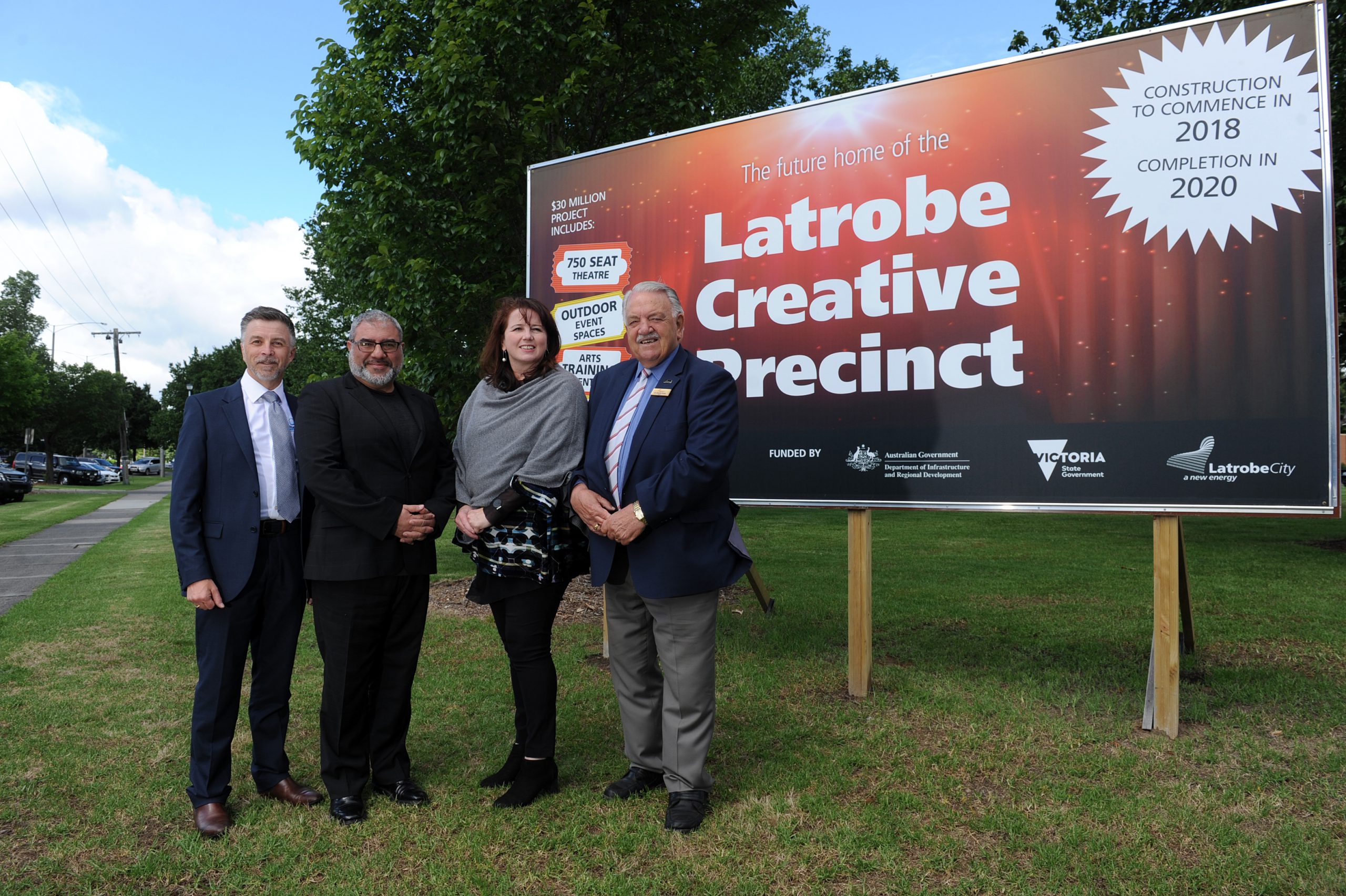 Timber and the symbolic shape of a tree will feature in the design of the new Latrobe Creative Arts Precinct.

Latrobe City Council and the state and federal governments are each contributing $10 million to the project.

“Our vision for the project is that it becomes part of a new regional economy in advanced timber manufacturing and construction by using engineered timber components and timber products in creative ways in the design,” he said.

“We also propose to use the symbolic shape of the tree as the very structure of the new performing arts centre in order to allude to this region’s historic association with timber milling, timber harvesting and timber production.”

“Detailed design work will begin immediately and is likely to take much of the year 2018,” he said.

“The precinct should be open for business in late 2020.”

“It has been such a long journey, over 10 years I’ve been personally involved in this dream,” he said.