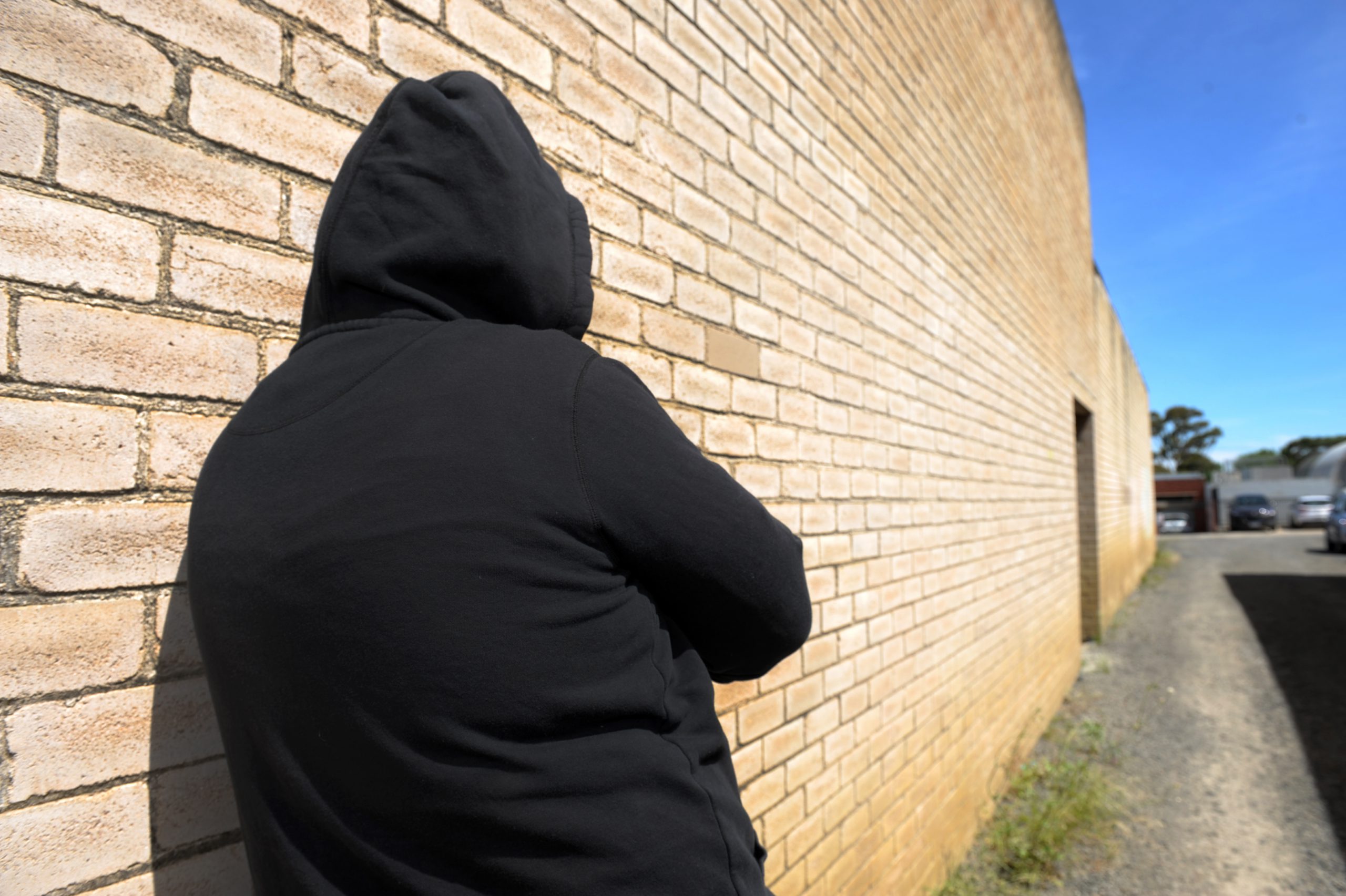 “I’m embarrassed. I’m hurt. I just threw everything away all because I was too scared to ask for help.”

John* struggled with what he now recognises as depression for a number of years before he turned to alcohol.

“When I got arrested for the domestic violence it just shattered me that bad I couldn’t attend work,” he said.

“Just the thought of going and what I’d done. I loved my wife. She was the love of my life.

“It never would have happened when I was sober.”

John said it was difficult to “put a finger on” what triggered the depression and the subsequent snowball effect of alcohol abuse and violence which he said left him homeless and friendless.

“I used alcohol to try and cover everything else,” he said.

“I’d come home from work angry from all the crap that happens, just little stuff, and it just go out of control. I ignored the warning signs.”

John has begun to seek help at Latrobe Community Health Service and wished to encourage other men experiencing similar issues around alcohol abuse or domestic violence to seek help.

“Just if one person reads this and thinks about [it] before they do it… I can’t believe it has happened. I’d like to get a little bit of awareness out there if I could. “

“The process of … bringing the voice of their partner and children into the sessions [is] really important for men to understand the gravity of their use of violence,” he said.

“It is important in per­s­pec­tive-taking, from the partner or ex-partner, of raising their level of empathy towards others.

“If we truly can understand and identify the experience of others, then men are much less likely to cause harm and inflict harm.”

“I want to emphases the difference between driver and risk factors. Risk factors increase the risk of it occurring,” he said.

“Drugs and alcohol are risk factors for violence, because they, for many men, reduce their level of control.

“But the drivers for men’s violence are attitudes, thoughts that he holds to give permission for violence to be used in the first place.”

“That can be a very difficult process for men to experience guilt, which is OK, [and] shame, which can often get in the way of them attending, but ultimately it shows they know right from wrong if they are experiencing these emotions,” he said.

“Responsibility-taking is very empowering. It means that it is within their power and responsibility to change.”

Mr Brown said violence or abusive behaviour was a learned behaviour that could also be unlearned.

“Some men really take this seriously and have quite positives outcomes returning to their family, even if their family isn’t reunited they take those lessons and changes into their next relationship and the relationship they have with their children.

“It is a positive provided they put the effort into change.”