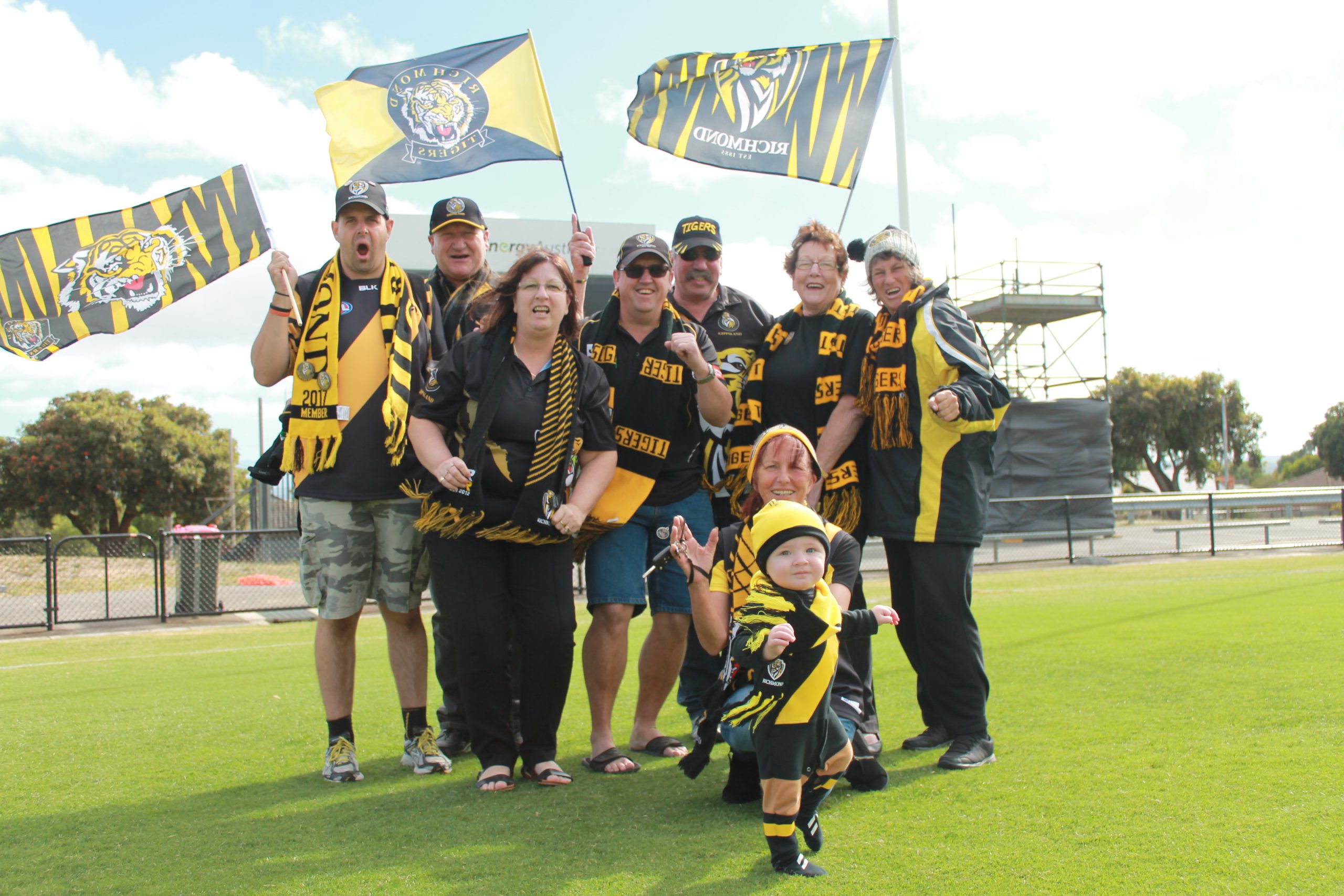 In a huge coup for the region, Martin will be joined by premiership teammate Trent Cotchin at the Italian Australian Club in Morwell for a taping of That’s Good For Footy Panel Show on Friday, March 2.

Event organiser Kym Durbano worked tirelessly to secure the duo for the guest appearance and was shell-shocked to hear her efforts had paid off.

“Nobody can quite believe that we’ve got Dusty coming to Morwell … it’s beyond massive, this is absolutely huge for the Latrobe Valley,” Durbano said.

“Everyone keeps saying to me ‘how the hell did you get Dusty?'”

After tuning in to an episode of That’s Good For Footy Panel Show, Durbano mustered up some Dutch courage and decided to try her luck.

“I was on my iPad one night and I saw this show come up and thought ‘this is fantastic, we need to bring this to the Valley’.

“So I thought ‘why not try, I’ve got nothing to lose … and here we are … we’ve got Dusty coming to the Valley’.”

In the aftermath of Richmond’s historic Grand Final win, Durbano said she was struck by the level of commitment from Tigers fans under her own roof.

“Both my boys are one-eyed Richmond supporters, so when they won the Grand Final they were both absolutely crying,” she said.

“They went down and bought every piece of memorabilia and I have no idea how much money they spent … so I just thought it’d be fantastic to try something like this for all the Tigers fans.”

Tickets for the taping of That’s Good For Footy Panel Show featuring Dustin Martin and Trent Cotchin go on sale on Wednesday, December 13 from 12 noon.

A strictly limited number of tickets are available at $50 each and can be purchased by phoning the Italian Australian Club on 5134 3541.