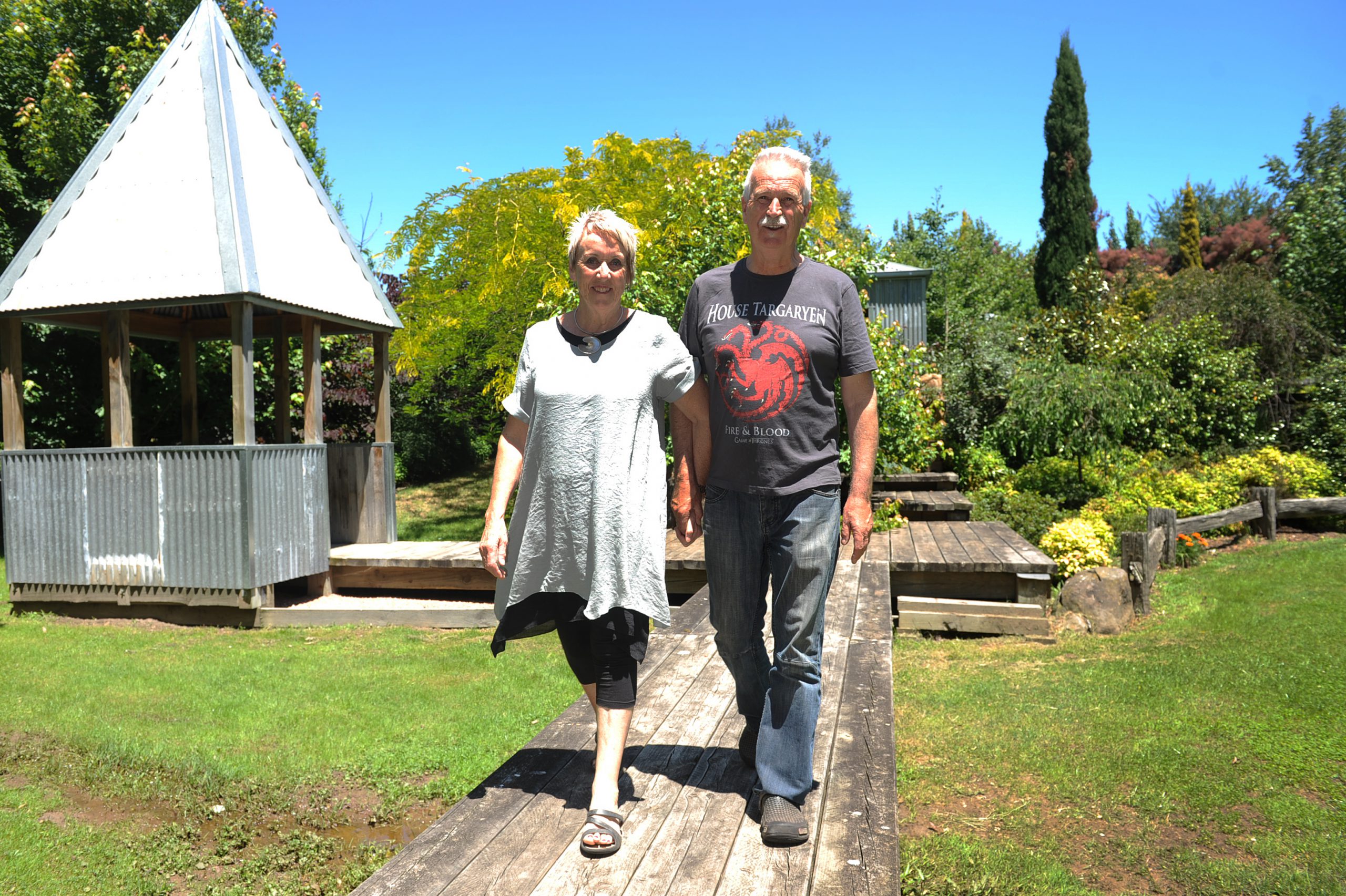 Denise and Athol Brand began work on their garden long before construction even started on their home.

“We had to sell a house before we could build. We were in no hurry to build, so we did the garden instead.”

Winners of the Mayor’s Award and Best Large Garden in the recent Latrobe City Garden Competition, the couple’s garden is clearly a labour of love.

“Our overall thing is that it is seasonal,” Ms Brand said.

“In every season there is something different, colours, forms, shapes.”

The sprawling garden covers about two hectares and the couple have lost count of the number of trees they’ve planted in their 11 years there.

“We didn’t have a landscape planner, we’ve done it all ourselves,” Ms Brand said.

The couple said they’d been able to get some great deals on normally quite expensive trees, mostly because they’d been “in the right place at the right time”.

“A few years back, everyone wanted yakkas, stones and minimalistic [gardens], we wanted the opposite,” she said.

“[We wanted] leaf and colour, something all around the year.

“We stumbled across [some people] in a market, and they invited us up to their wholesale nursery, they sold trailer loads of stuff and we were really fortunate that we got to do mass-plantings,” Ms Brand said.

The garden is dotted with a number of small constructions Mr Brand, a builder, built himself, including multiple bridges which cross the small creek that runs through the property six months of the year, a pretend miner’s hut, an undercover rotunda/gathering space, and a number of other small, undercover spaces that overlook different parts of the garden.

“Everything is recycled or has a story,” Ms Brand said.

The bridge is made from recycled wood that used to be sound barriers in Melbourne, a number of featured ornaments throughout the garden were salvaged from an old Chinese restaurant, star pickets from the First World War feature in the bridge and old bed heads have been repurposed into gates.

“We’re still umming and ahh-ing about form and where everything goes.”

The couple still haven’t moved into their house, which is almost finished, but they plan on retiring in the house surrounded by their beautiful garden.