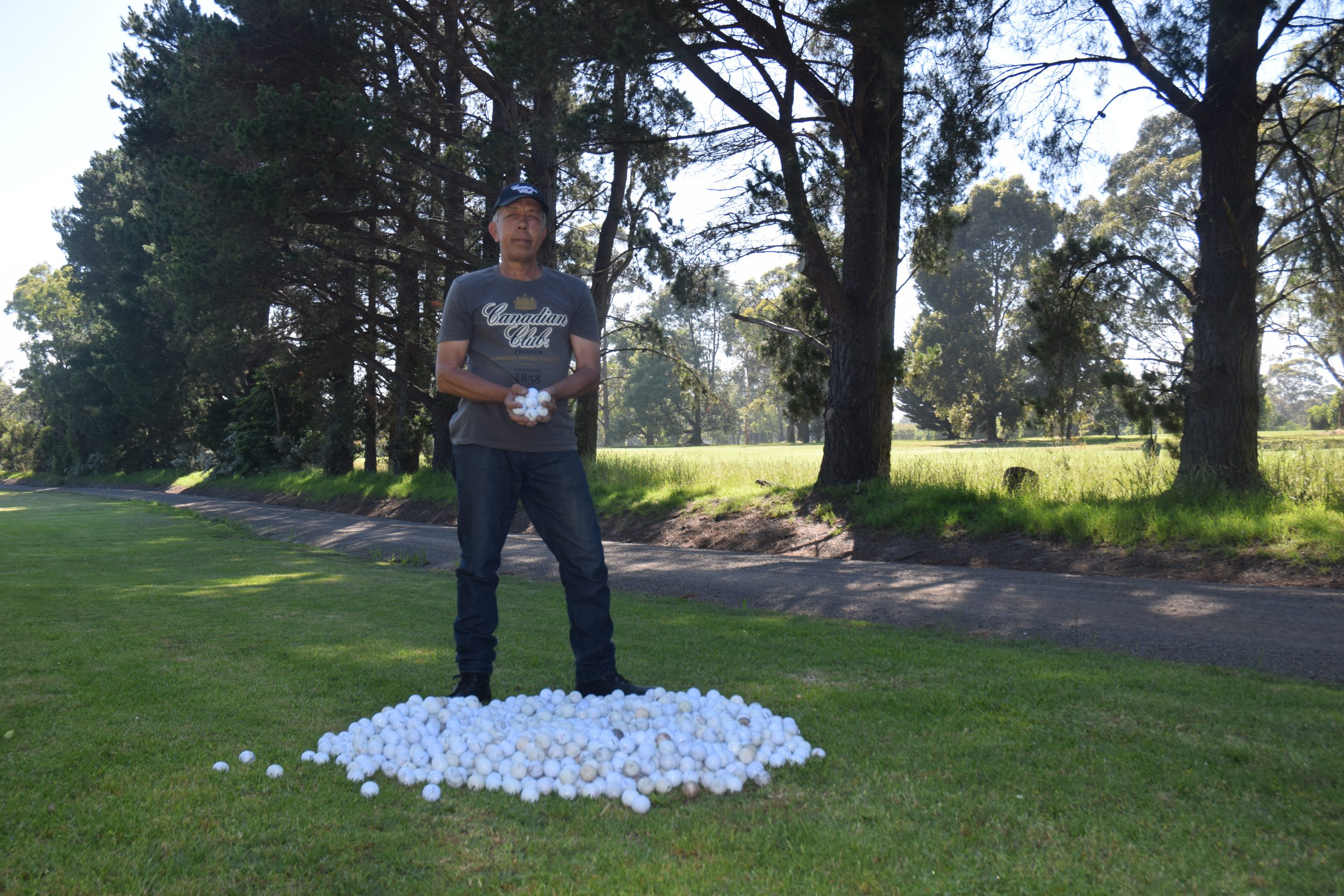 Residents opposite Moe Golf course are concerned for their safety following Latrobe City Council’s decision to remove pine trees from along Links Road which residents say help shield them from stray golf balls.

Moe Golf Club wishes to remove the trees because the root systems present a hazard to members and staff, however, resident Beatrix* and property maintenance man Gary Kowal said they had found hundreds of golf balls on the land opposite the golf course and removing the trees would exacerbate the problem.

“If someone gets hit in the head, it can kill them, or give them [an] acquired brain injury,” Beatrix said.

Beatrix said she would not be cutting her nature strip if the trees were cut down, because it presented too much of a risk to Mr Kowal.

“Do we need a fatality to happen for them to think ‘maybe they were right’? I mean, isn’t prevention better than a cure?” Beatrix said.

Mr Kowal said although he had never been hit, he had seen golf balls land on the property.

“It is just sheer luck that nothing has happened already,” he said.

Moe Golf Club president Anthony Gauci said the removal of the pine trees lining the road was necessary because the roots had grown aggressively into the fairway.

“Those roots, because of their nature, are on the surface and are proving to be a tripping hazard for members, for our machinery and our staff and we need to have those roots removed,” he said.

Mr Gauci said the trees presented other issues as well, including the toxic nature of the pine needles preventing grass from growing around the trees, falling pine cones which had hit a member on one occasion and the instability of the tall trees.

“Pine trees grow quickly and can be very unstable,” he said.

“A few years ago, one pine tree toppled over, hit some wires and there was a blackout.”

Mr Gauci said the club’s public liability insurance would cover any injuries to people or damage to property as a result of errant golf balls.

“It’s not as if anyone is hiding anything. Of course we have insurance in case that would happen,” he said.

At the November 13 council meeting, Latrobe City councillors voted not to remove the trees.

However, at the December 4 meeting, Latrobe City councillors voted to remove the trees.

Latrobe city council general manager infrastructure and recreation Steve Piasente said council had considered all the facts and endeavoured to make a decision that balanced the needs of all interested parties.

“This decision was to implement a staged removal and replacement program,” Mr Piasente said.

“No safety nets or other protection will be installed initially,” Mr Piasente said.

“Planting will take place and this will provide protection in the future.

*Identity withheld due to personal reasons.