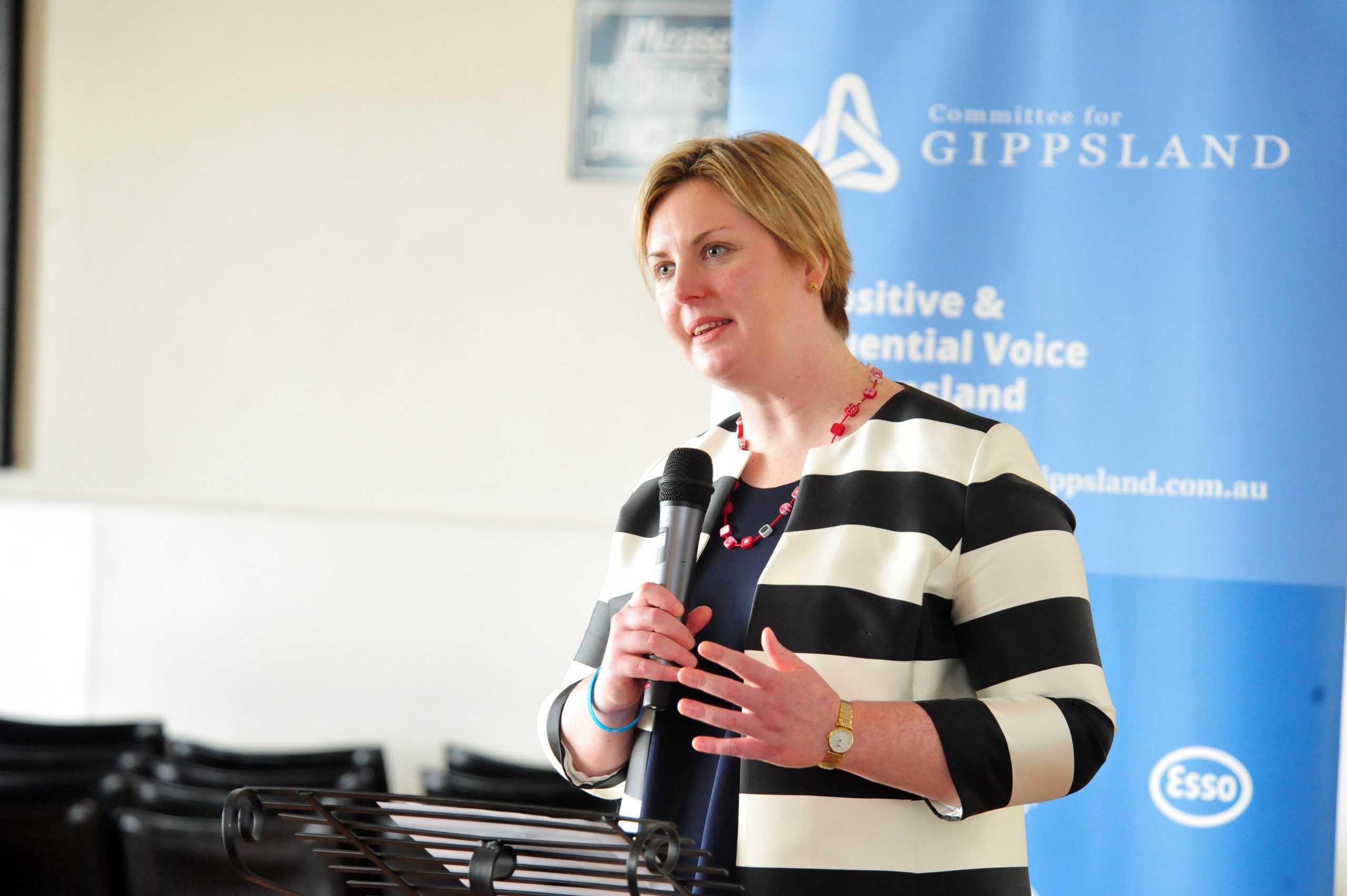 A bypass for Traralgon and a low emissions high efficiency brown-coal fired power station in the Latrobe Valley have been listed as top priorities in the Committee for Gippsland Strategic Plan 2018-2020, unveiled on Tuesday.

The not-for-profit organisation, which was created to be a positive and influential voice for Gippsland, has also flagged the creation of a digital connectivity master plan to boost IT infrastructure across Gippsland.

“In terms of large scale job opportunities, utilising an ongoing resource we have access to and continuing to play the role we do in energy generation for the rest of the state, this is a priority,” Ms Aldred told The Express.

“It’s a conversation that we just have to have and that starts by intensive community engagement followed by a feasibility study and then a commitment jointly from the private sector to build it and government to support that through regulatory pathways and approvals.

“The private sector have shown interest internationally in Germany, Japan and elsewhere that they have the commercial appetite to invest in low emissions coal-fired power stations and we think that can be done here.”

Ms Aldred said a bypass was also something the committee would continue to advocate for around Traralgon, highlighting it was the largest town in Gippsland without an alternate route.

“We’ve got a substantial freight task in terms of moving goods in and out of the region but it’s also very much a safety and amenity issue for the community,” she said.

She said 100 people in Traralgon and the broader Gippsland region were surveyed about the potential bypass in August, with more than 80 per cent of the vote in favour of bypass around the town.

“Some people had hesitations but also said if they were provided with further information, they would be open to changing their mind,” Ms Aldred said.

“VicRoads are at the moment undertaking consultation with the community and we would encourage everyone to try and participate in that.”

The committee also flagged the need for improvement in digital infrastructure as a key component of its ongoing strategic plan.

Opposition energy and resources spokesman, renewables and innovation David Southwick, who officially launched the plan on Tuesday night, said the state government could “learn a thing or two from the Committee for Gippsland”.

“It’s great that we have a region that has a committee like the Committee for Gippsland who are able to put a plan and vision together to underpin jobs and investment in the region,” Mr Southwick said.

“The Labor government could learn a few things from the committee, particularly when it comes to energy when there has been no plan for energy, affordability or security.”