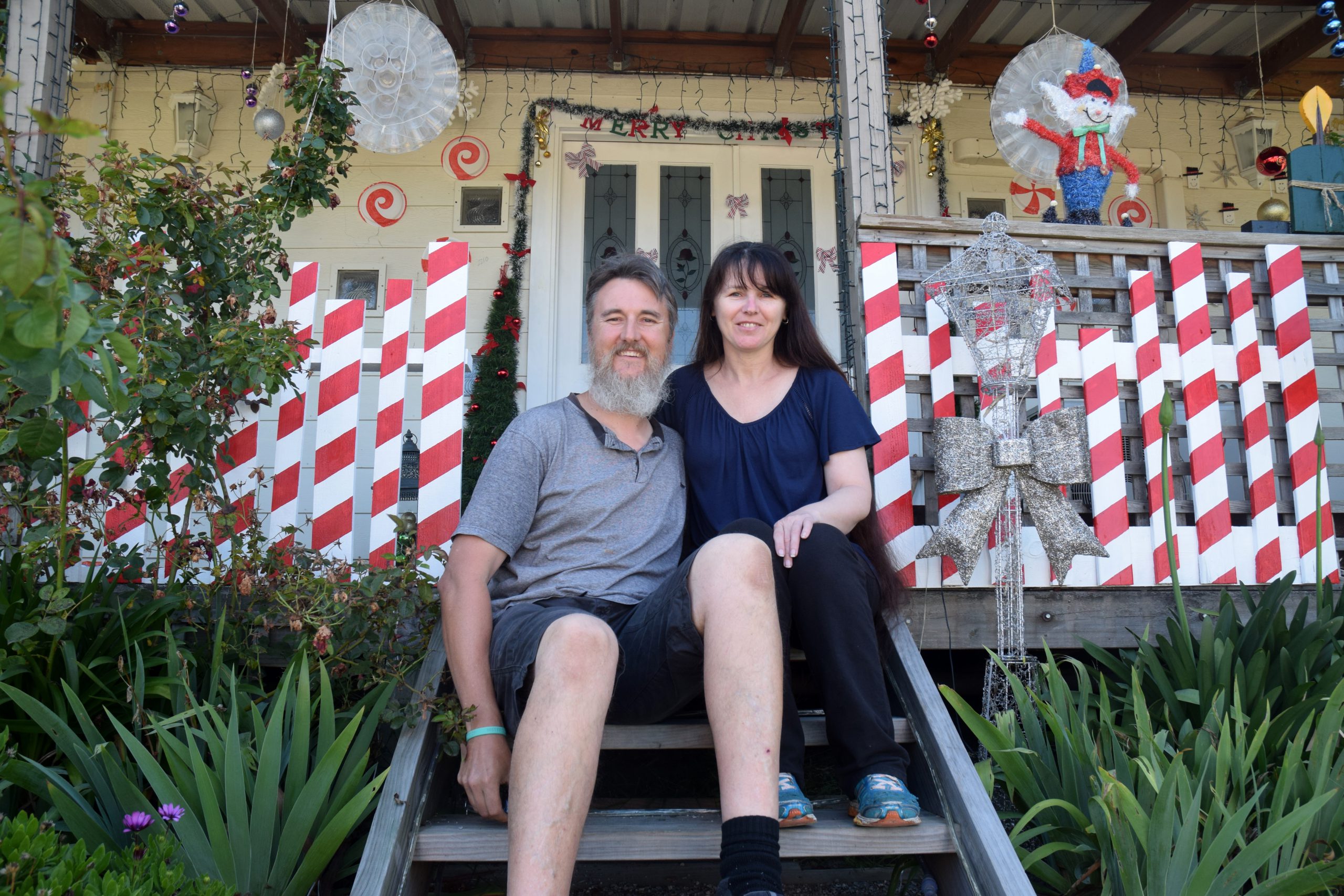 Traralgon father Michael Perry has had a “frustrating” couple of years, relearning lost connections in his brain following an acquired brain injury from a rare case of encephalitis in October 2015.

Michael said it took three months to confidently remember the names of his children and wife Rachel.

“The amount of times I’d been looking at a carrot and not knowing what it’s called,” Michael said.

“It’s one of those horrible frustrating things but I was hands on with the kids and getting just as much out of their primary school as they were.”

Michael read the children their readers for rehabilitation, and as he recovered he set his sights on bigger tasks.

The Perry family home is now fit for the North Pole, as giant candy canes made from downpipes stand tall in the front yard, among a sleigh and Santa made from pallet timber.

A happy Grinch peers over the side gate.

Michael started this “brain exercise” in October and now the house is an astounding Christmas display day and night.

“There were some challenging things, but when you get through it all you go ‘yes, I win’,” Michael said.

He is back working at Bunnings four days a week while he deals with frequent headaches and has no sense of smell or taste.

Rachel has been a major support for Michael, however, the events of the past two years have taken a toll on her.

She said it was “bedlam” at the time he went to hospital and she was home-schooling the children.

“And looking after my dad as well who had terminal cancer,” Rachel said.

She spent a lot of time travelling to Melbourne to keep watch over Michael.

“He couldn’t feed himself. He didn’t know the food in front of you, you had to eat.

“I ended up not coping there for a bit, but you know, I got through it.”

Fortunately, Michael and Rachel can now laugh at some of the difficult times, including when Michael refused to believe the word for a ‘wombat’, because of his understanding that a ‘bat’ was a creature that flies.

Michael said these challenges were getting less and less, however, did not know how far his recovery would go.

“So that’s the frustrating part,” he said.

Michael and Rachel have even more ideas for homemade Christmas decorations which they say must now wait for next year.