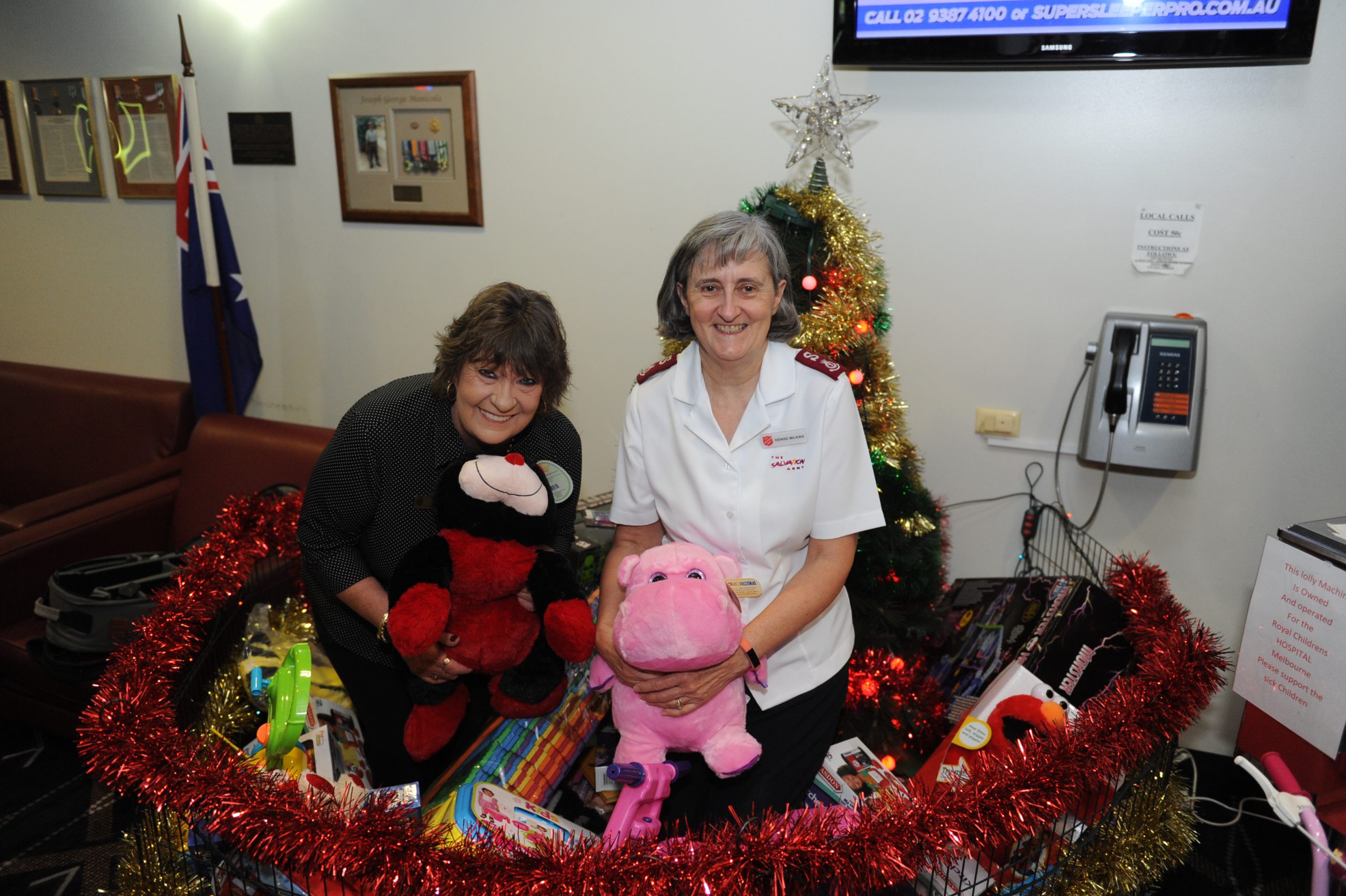 It is not about the expensive presents or elaborate gifts, but more about friends and family and spending quality time in good company, she says.

The impassioned message was delivered during an occasion marking the third year the Morwell RSL has offered a drop-off point for presents which are donated to needy families across the Latrobe Valley.

Ms Milkins, who has been with the Salvation Army for 33 years, said the presents would be donated to families who would have been financially unable to give their little ones a gift on Monday morning.

“Parents do feel bad when they can’t give their kids something for Christmas so for them to be able to have that dignity and give their children a present is really a lovely thing,” she said.

“We usually have the parents come in and select the toys for their children rather than just say ‘here you go’ because parents know their own kids better than we do.”

It gives parents a sense of gratitude and relief, according to Ms Milkins, who said parents were often forced to defer bill payments to buy their kids a present.

“Often we find it’s lack of finances, they’re paying the food bills, the power bills, rent and all of that sort of stuff doesn’t leave a lot of money for extras,” she said.

But Ms Milkins said the festive season was more about spending time with close friends and families and building moments which would be remembered well into the future.

“Don’t worry about expensive toys and gifts,” she said.

“Focus on relationships, being together with friends and family and just valuing each other rather than objects.”

Morwell RSL president Bruce Jeffrey said he was pleased to see the club inundated with presents from generous people across the region.

“The Salvation Army do a wonderful job for the community and there are a lot of children who wouldn’t have got presents from Santa this year had it not have been for this cause,” Mr Jeffrey said.

“We decided three years ago that we would run this and it’s getting better and better every year.”

She said gift vouchers provided an ideal present for a “hard-to-buy teenager” while non-perishable food items could help support families who were sending their kids to school in late January.