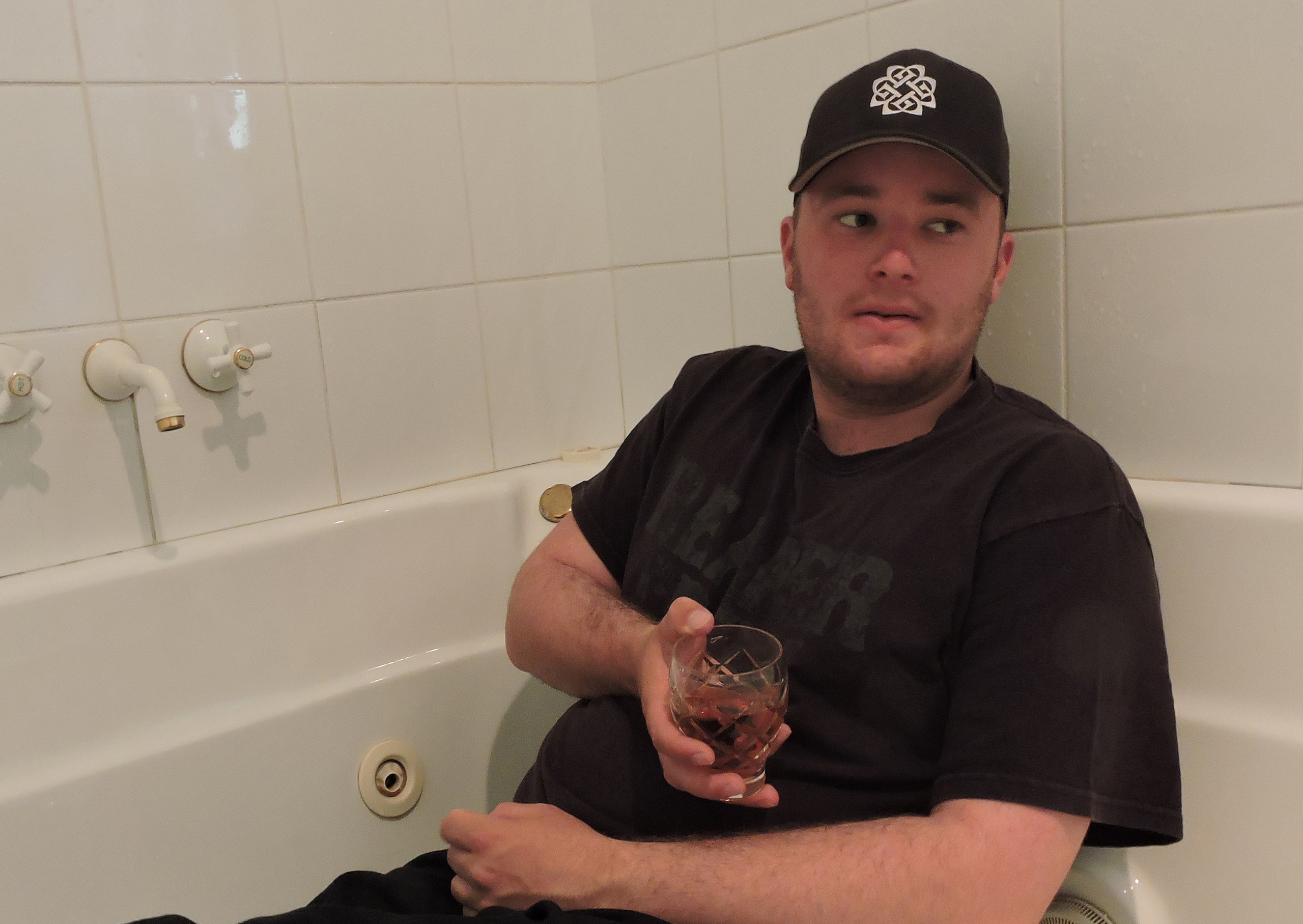 “I felt like a bad person after that gig,” McCarthy said.

It is now four years after the construction worker, who had a long-term interest in stand-up and the DVD collection to prove it, thought, “you know, that looks like the perfect job”, and actually did it.

Now he has a sold out Melbourne comedy festival season behind him, and has even ditched his day job – a decision made easier by the thought of no more 5am starts.

There have been some necessary learning experiences on stage.

“You have those shocking gigs where you get absolutely no laughs but as it builds over time you look back and it’s just what you got to do,” McCarthy said.

Heckling does not phase him very much now, and he says when it has happened, he has come out on top.

“It gives me a confidence boost to say ‘this is my gig, I’m in control’,” he said.

McCarthy now relies on observational storytelling for his sets, and he hopes everyone in his audience can come away from the show and think, “yeah that joke related to me the most”.

He toured Australia earlier this year, however, he will be on the road again for a tour jammed with regional dates.

“This is the way I view it, is that it’s quite a journey out there [in regional areas] to travel into the city where major shows are so why not bring the show out there?” he said

“Why create inconvenience when I can create the convenience?”

Ben McCarthy’s Nevermind show will be at Latrobe Performing Arts Centre on Saturday, February 3 at 8pm.