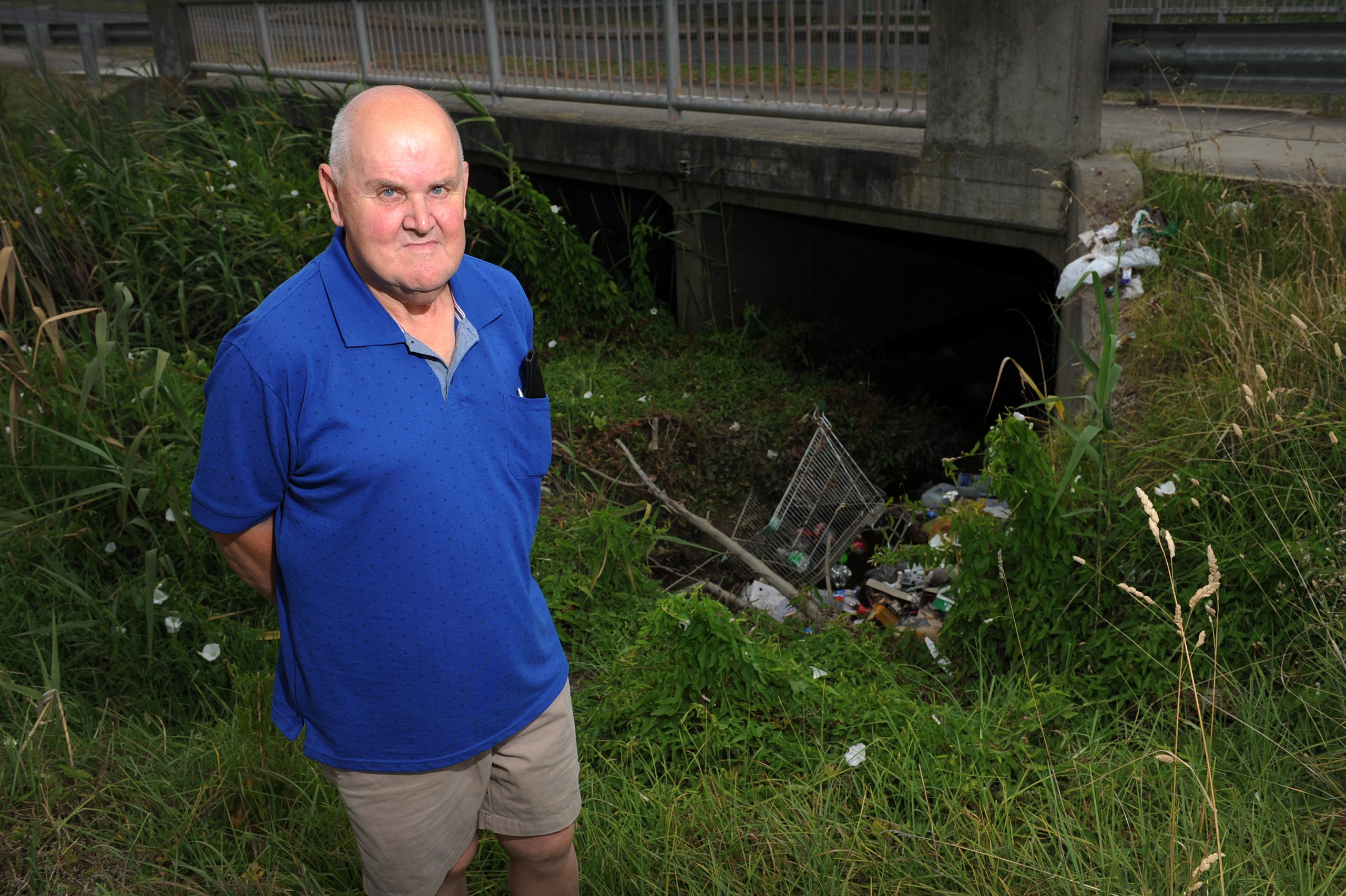 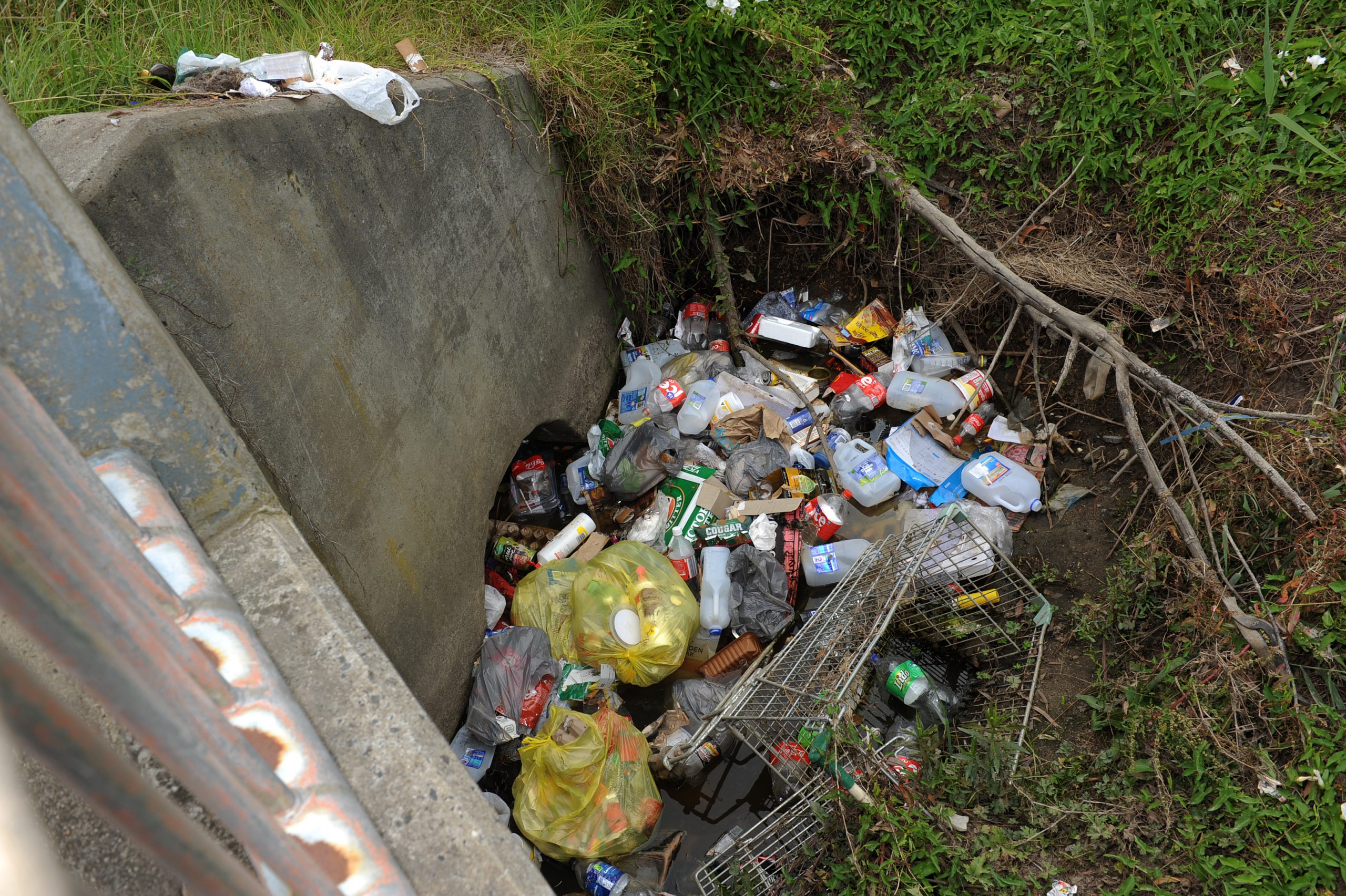 A build-up of “filthy” rubbish at Waterhole Creek in Morwell has left a foul taste in the mouth of a long-term Morwell resident.

Gordon McIntosh, 73, said he has not “seen this magnitude” of garbage before at the popular picnic and walking spot in his 30-odd years as a Latrobe Valley local.

“I went for a walk like I usually do most mornings to get the paper up in Vary Street. I hadn’t been up there since before Christmas because the shops had been opening later,” the retired banker told The Express.

“So on Tuesday morning I decided I’d go for a walk up there and I noticed all this rubbish had been dumped into Waterhole Creek.

“I have seen rubbish in there before but not to the magnitude of this, you know?”

Egg cartons and milk bottles to beer packaging and several bags of household waste have built up in a section of the drain along the creek.

“There’s even a shopping trolley in there … I’m just flabbergasted,” Mr McIntosh said.

Earlier this week, he lodged a complaint with Latrobe City Council to have the waste removed but said “the damage had already been done”.

“It’s a waterway. There’s a lot of reeds in there but there’s also a lot of wildlife and people do catch yabbies there too, it can’t be good for any of that,” he said.

“I just thought this should be put in The Express so people know what’s really going on and what some grubs are really getting up to.”

“Illegal dumping of rubbish in the community is not only an environmental and visual eyesore, it is a burden to the ratepayer,” he said.

“Penalties of up to $6340 may apply for those prosecuted.”

Mr Van Driel said council was extremely disappointed as most of the rubbish removed from parks and waterways could be recycled.

“Council has identified that illegal dumping of waste is an issue that costs just under $200,000 each year to clean up … and costs are increasing,” he said.

“[We monitor] dumping spots on a regular basis as well as having grass mowing crews report on areas in a four-weekly cycle.”