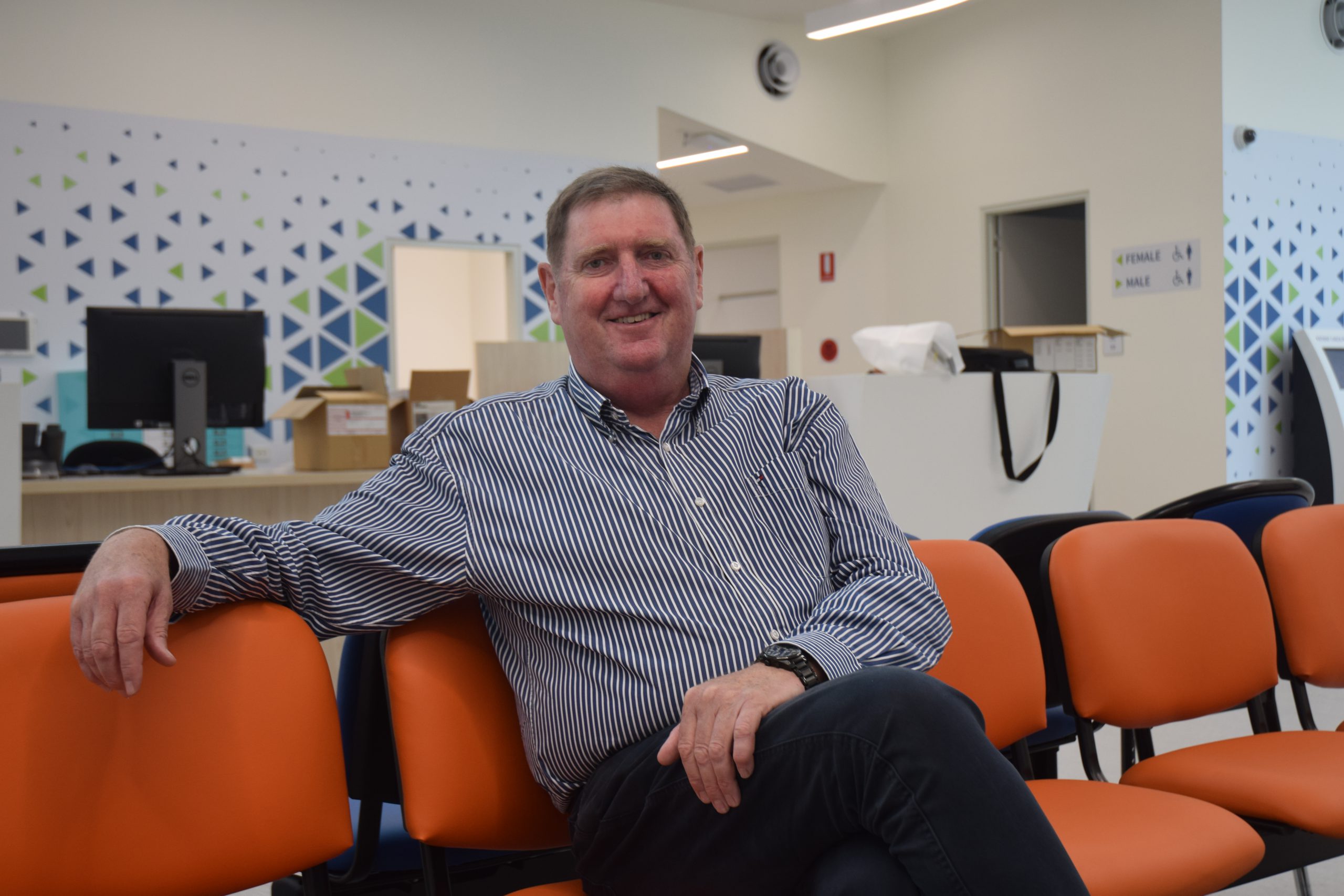 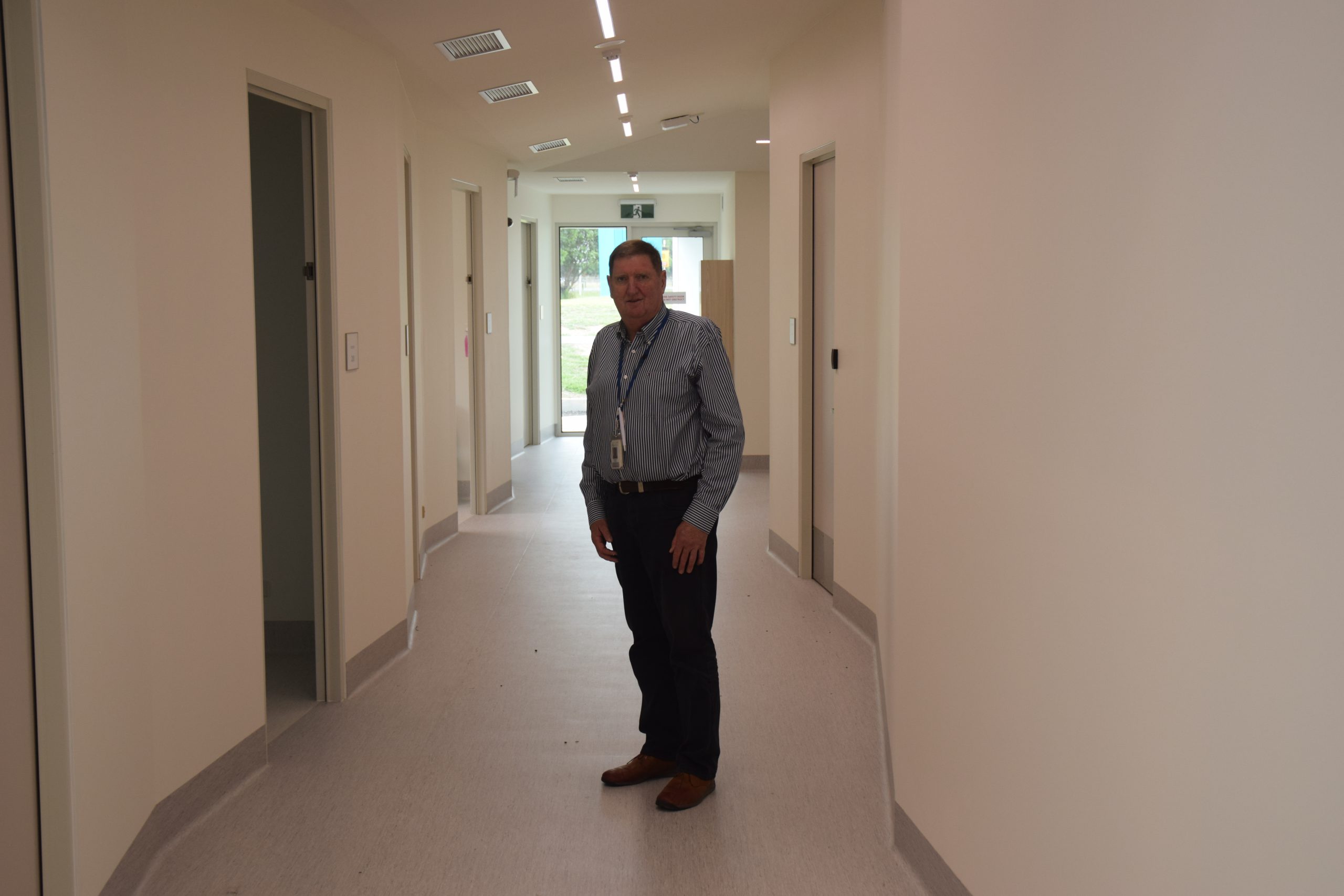 The $3 million redevelopment includes more than 15 additional consulting rooms in what the hospital has described as a facility for the future.

On entry to reception, patients are greeted with clean, bright colours and a high celling which lets in plenty of natural light into the space.

Two self check-in stations against the wall – a first for the hospital – are designed to decrease queue times and improve overall patient experience.

The low-maintenance rooms and hygienic floor coverings will help keep the hospital clean, Mr Craighead said, while double glazing on external windows and low-voltage lighting will improve sustainability of the modern building.

“Slap Architects from Bairnsdale thought they would [try] an innovative [design and] look at dividing it off into separate corridors so we can have a group of specialists down each corridor.

“[It will] make it quite easy for the patients to access and find their way around.”

While the hospital does not intend to use the 33 consulting rooms in the beginning, Mr Craighead said the additional facilities would help accommodate future population growth.

An insurance claim covered about two thirds of the redevelopment, with the hospital’s board allocating an additional $1 million from capital reserves to fund the upgrade.

“That gives us a much more future proof built-in capacity. We think we can double the amount of consultants we have working out here than we do at the moment,” Mr Craighead said.

“We’ll have approximately 17 of the rooms set up [today] which is more than enough to meet our needs.”