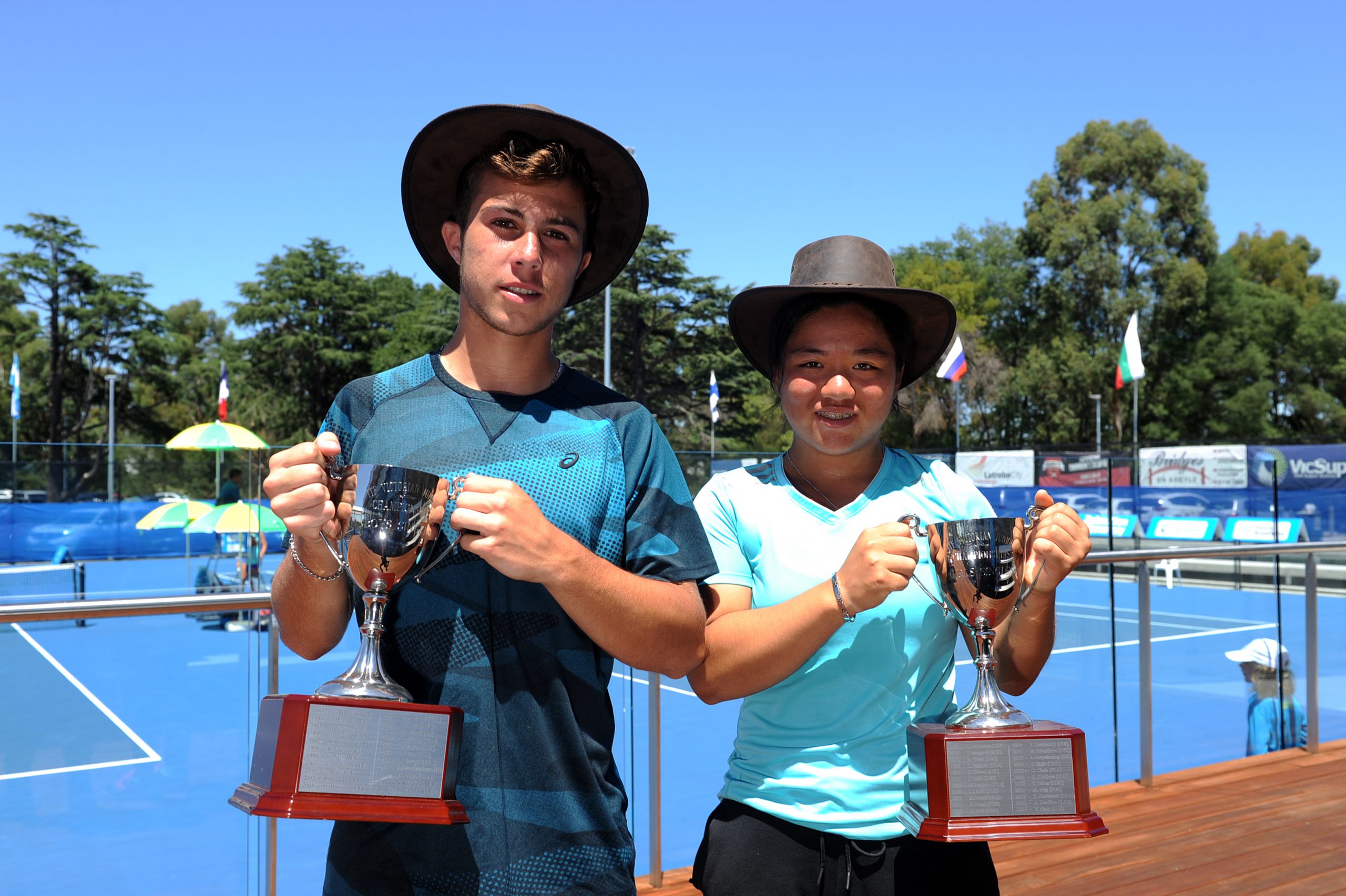 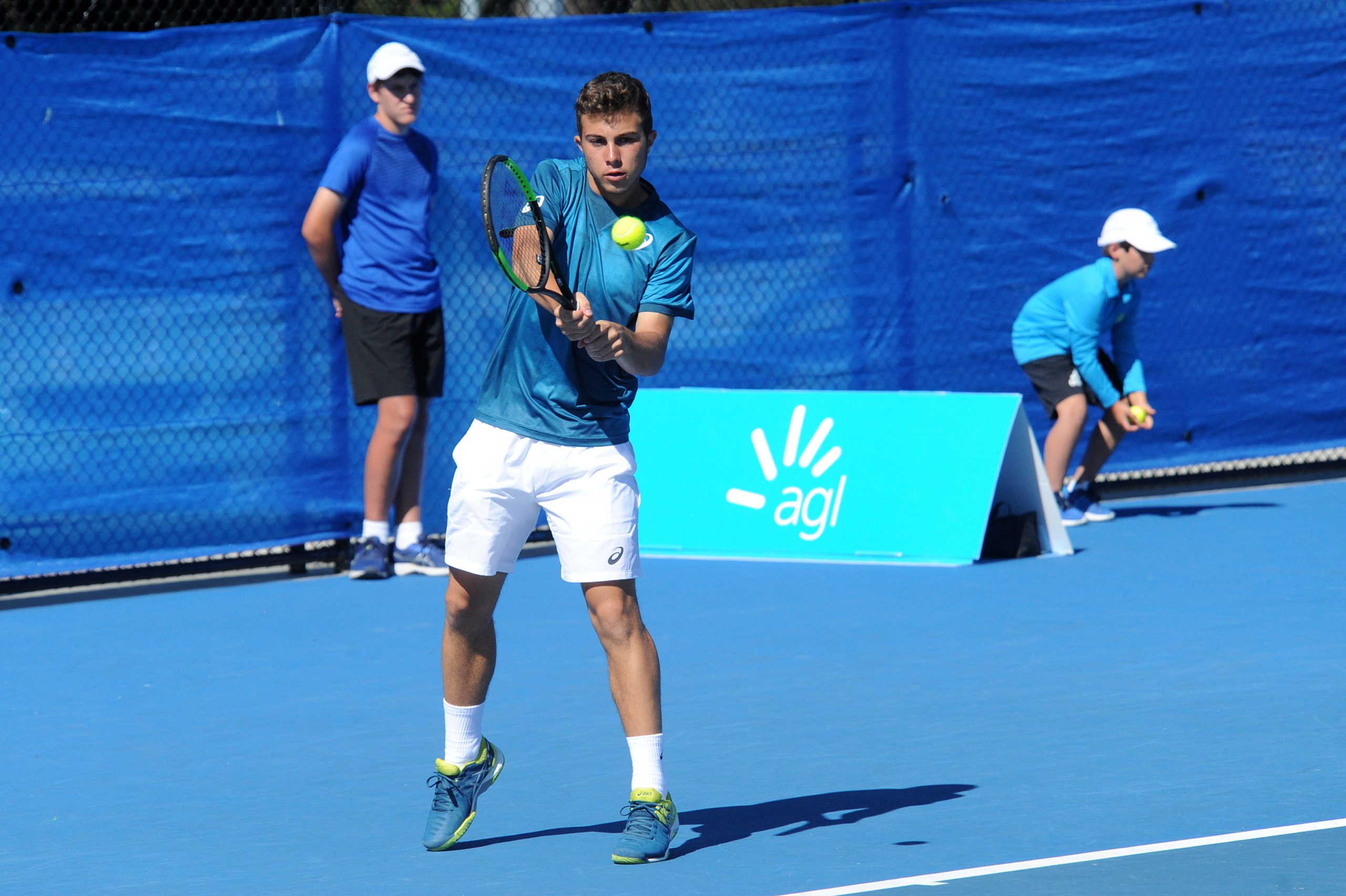 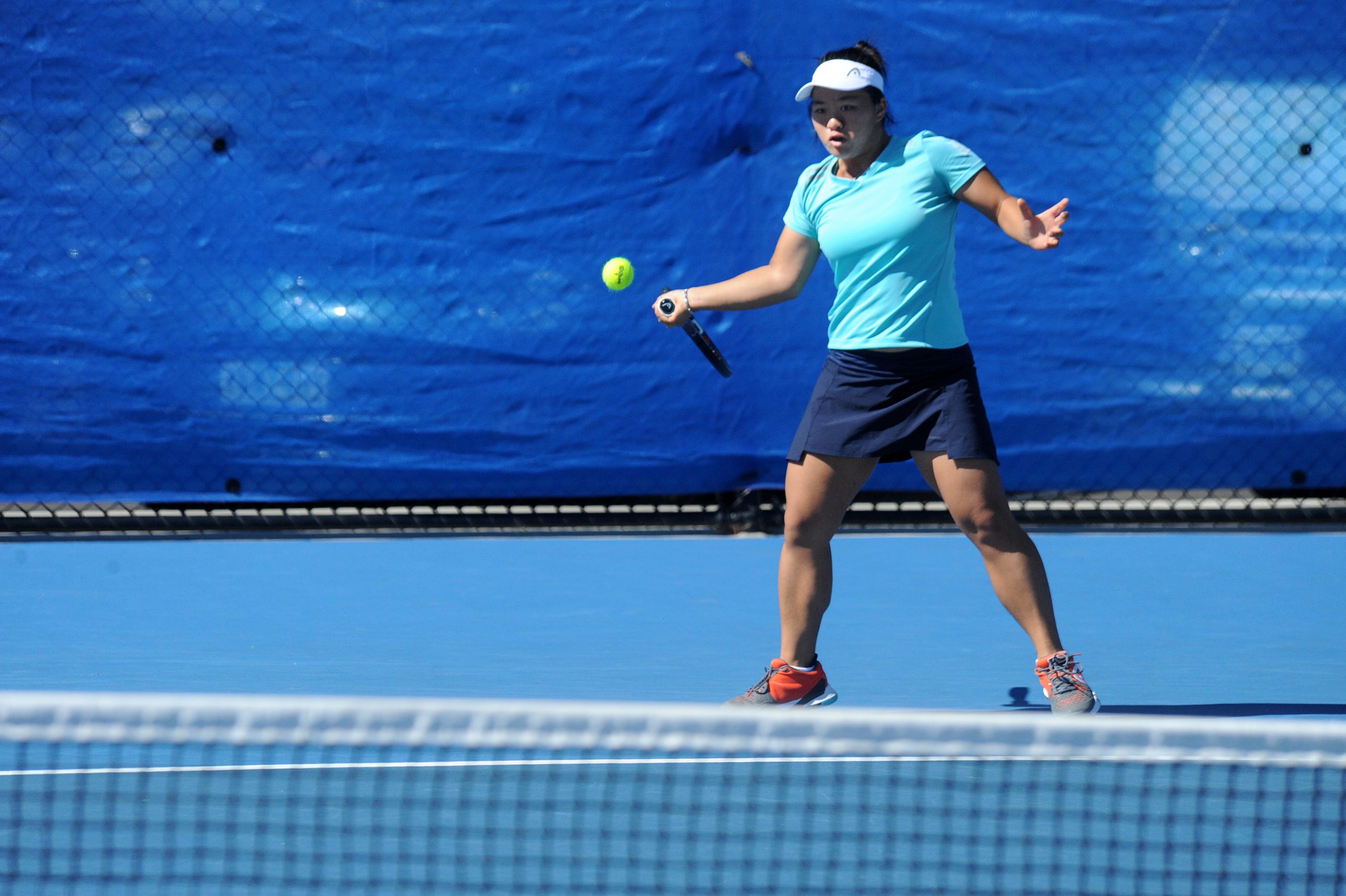 The 25th edition of the Traralgon Junior International wrapped up today with France’s Hugo Gaston claiming the boys’ title in emphatic fashion and number one seed En Shuo Liang emerging victorious in a thrilling girls’ final.

The fifth-seed set the tone early, breaking to love in the opening game before steamrolling his way to a triple break and 5-0 lead.

McHugh was helpless against the groundstrokes of the powerful left-hander and grew frustrated as the onslaught of winners continued.

The Scot was spurred into action in the sixth game after attracting a code violation for unsportsmanlike conduct and broke Gaston’s serve to get on the board.

But the momentum was short-lived.

Gaston returned the favour and sealed the break back with a forehand winner to take the first, 6-1.

In one of the most dominant displays of the tournament, the Frenchman dropped just one more game before closing the match out in an hour.

Gaston’s win comes a year after compatriot Corentin Moutet claimed the title in 2017 and places him alongside Roger Federer, Alex Zverev and Nick Kyrgios on the Traralgon Junior International honour roll.

“Today I felt very good, I think maybe my opponent was kind of tired from [the semi-final] yesterday, but he’s a very good player and I’m very happy to win,” Gaston said.

The 17-year-old was primed for the grade one tournament after claiming one of the most prestigious titles in international junior tennis at the Orange Bowl last month.

The win at Traralgon caps off another phenomenal run for the 17-year-old who just dropped one set on his way to the final.

Ahead of next week’s Australian Open Juniors, Gaston was eager to carry his hot form into Melbourne Park.

“I think I played one of the best matches of my life maybe, so I’m very happy,” he said.

“For sure [I am excited for] the Australian Open, I would like to win.”

Valiant in defeat, McHugh praised his opponent and was resolute ahead of next week’s grand slam fixture.

“It’s a shame [I lost] today but Hugo played a great match, so I couldn’t really get into it but it was a great week and lead-in to the Australian Open,” he said.

“I’ve really enjoyed my time here in Traralgon and it’s nice to get off to a good start and hopefully I can keep it up.”

On the girls’ side of the draw, top seed En Shuo Liang has overcome China’s Xiyu Wang in a see-sawing three-setter to clinch the girls’ title, 6-4, 0-6, 6-1.

The first break of serve came at 4-4 as Liang took the edge and carried on to take the first set with a hold.

Wang emerged a player reborn in the second and announced her presence in the match with a double break and 3-0 lead.

Standing at 182 centimetres, the eighth-seed dwarfed her opponent in more ways than and rampaged on to take the set, 6-0.

The decider was yet another reversal of fortunes as Liang returned to first-set form to close out the match, 6-1.

The 17-year-old becomes the first Chinese Taipei native to claim the Traralgon Junior International and has sold her case for favouritism at next week’s Australian Open Juniors.

“I think in the first set I played well and in the second set I lost my focus,” Liang said.

Coach Chin Wei Chang told The Express the wunderkid had adjusted well to the Australian climate.

“It was quite hot but [the match] started early and I think because we’d already been [in Australia] for a week she was used to the heat and adjusted very fast,” Chang said.