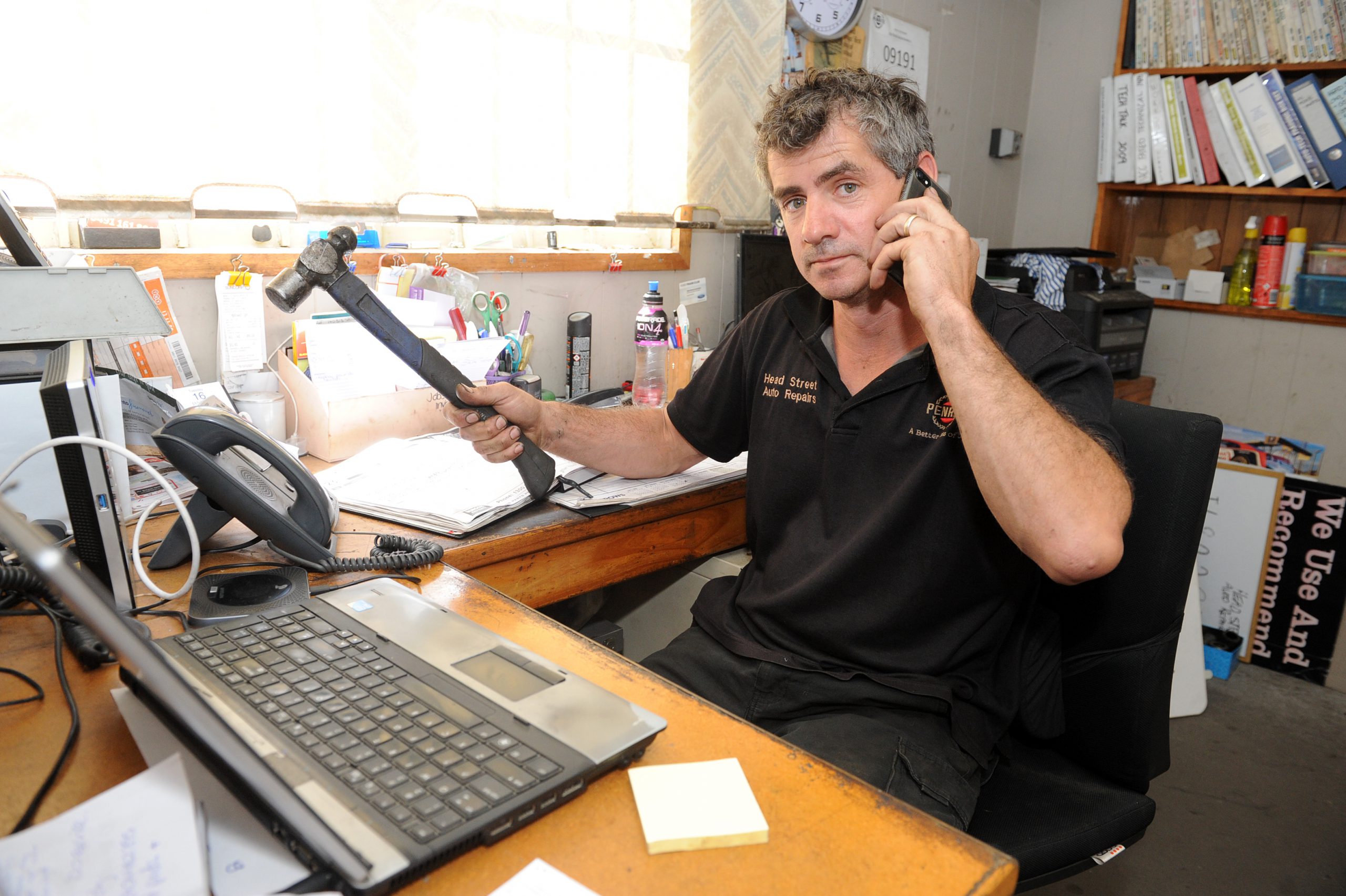 The father-of-three was forced to buy a temporary SIM card and mobile router to divert hundreds of calls and provide internet access for his staff to order parts to keep the business alive.

“As of last Monday afternoon literally in the space of 30 seconds I had a customer pay on EFTPOS and then another one walked in and we had nothing,” he said.

“Since then we’ve had two Telstra technicians and an NBN technician come in who haven’t been able to solve it.

“It’s had a huge impact on business, we are getting that many missed calls because previously if [the landline] was busy it would divert to my mobile.”

Mr Said, who has run the business for about nine years, told The Express he was forced to ask customers “to bring cash to pay their bill” due to the business having no option to offer EFTPOS facilities.

“So I had to tell my customers to bring some cash before they came up – everyone wants to pay by card and then I have a lot of customers who want to pay on credit and they can’t go to the bank to withdraw money.”

In a statement, NBN local media advisor Kasey Ellison said the NBN was notified of a fault at the business on Tuesday, January 9.

“An NBN technician attended the next day, on Wednesday 10 January, to repair NBN infrastructure in the vicinity of the business. The repair work was successfully completed the same day,” Ms Ellison said.

“Since this time NBN has not been notified of any issues at this business by their service provider [Telstra].”

Ms Ellison said it was important for residents and business owners who were experiencing issues with their phone or internet to speak to their service provider.

“NBN is one piece of a larger series of network that connects a home or business to the internet or telephone,” Ms Ellison said.

“Their provider is responsible for resolving any post-connection issues their customers may be experiencing.”

“We are sorry for the poor experience Head Street Auto Repairs has had with Telstra on the NBN,” Ms Willaton said.

“A fault was reported to us last week and services were restored [Wednesday] morning but with some continuing issues … We will refund the use of a prepaid [router] the business was using during the period they were without service.”