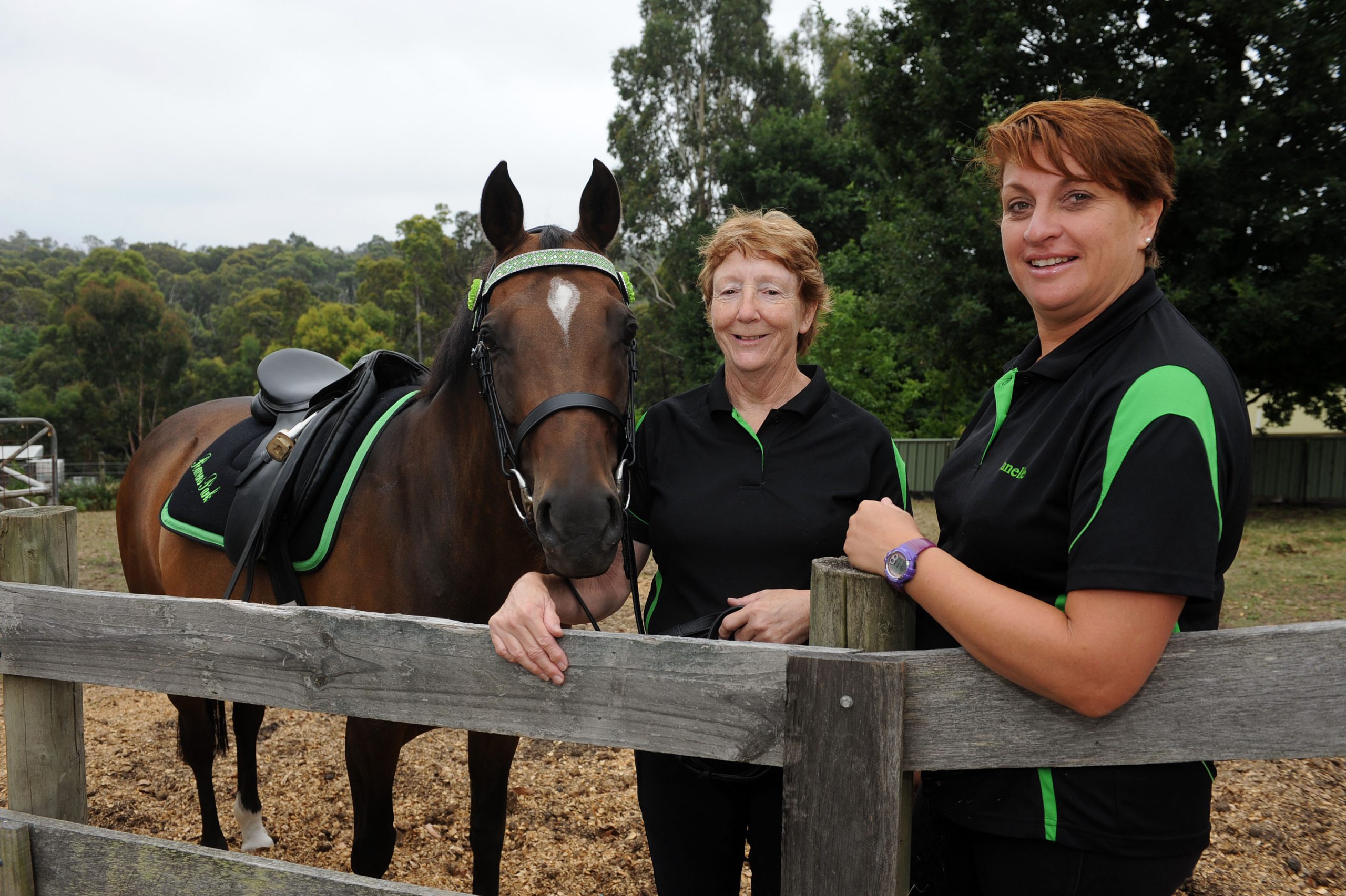 The club is less than one year old.

With an emphasis on fun, the show will have an official Horse Riding Association Club of Victoria ring and a fun ring.

“A lot of shows will have a fun ring for kids, but we’re doing it for adults,” club secretary Janelle Cooper said.

Ms Cooper said many people didn’t compete in shows because they felt that competition was out of their reach or too serious.

“It’s all laidback,” she said.

“It’s a muck around, have fun with your friends and get a ribbon if you’re lucky.”

“It’s good for green horses and green riders as well. We’ve got a couple of girls that are coming just for that, because they’re too scared to go to a big [competition].”

The club itself was formed so adult riders who perhaps hadn’t competed in a while could get together.

“It’s not solely to compete, but to get together and have fun once a month. We do trail rides and plan our own things, a lot of [other clubs] don’t do that,” Ms Cooper said.

“A lot of them have had kids and haven’t ridden for a bit and some of them are just beginning to ride.

“We go for trail rides or we’d go for a muck around for a day, and do a few jumps or do a trail ride and then muck around afterwards.

“Once we rode from Mirboo North to Boolarra, had lunch at the pub and then rode back.”

The show will be held at the Traralgon Pony Club grounds, on Minnidale Road, Traralgon this Saturday.

Pre-entry is preferred, but entries will be accepted on the day and there is a flat $50 fee for entry into both rings.

If participants only wish to compete in a few classes on the day, the fee is $6 per class.