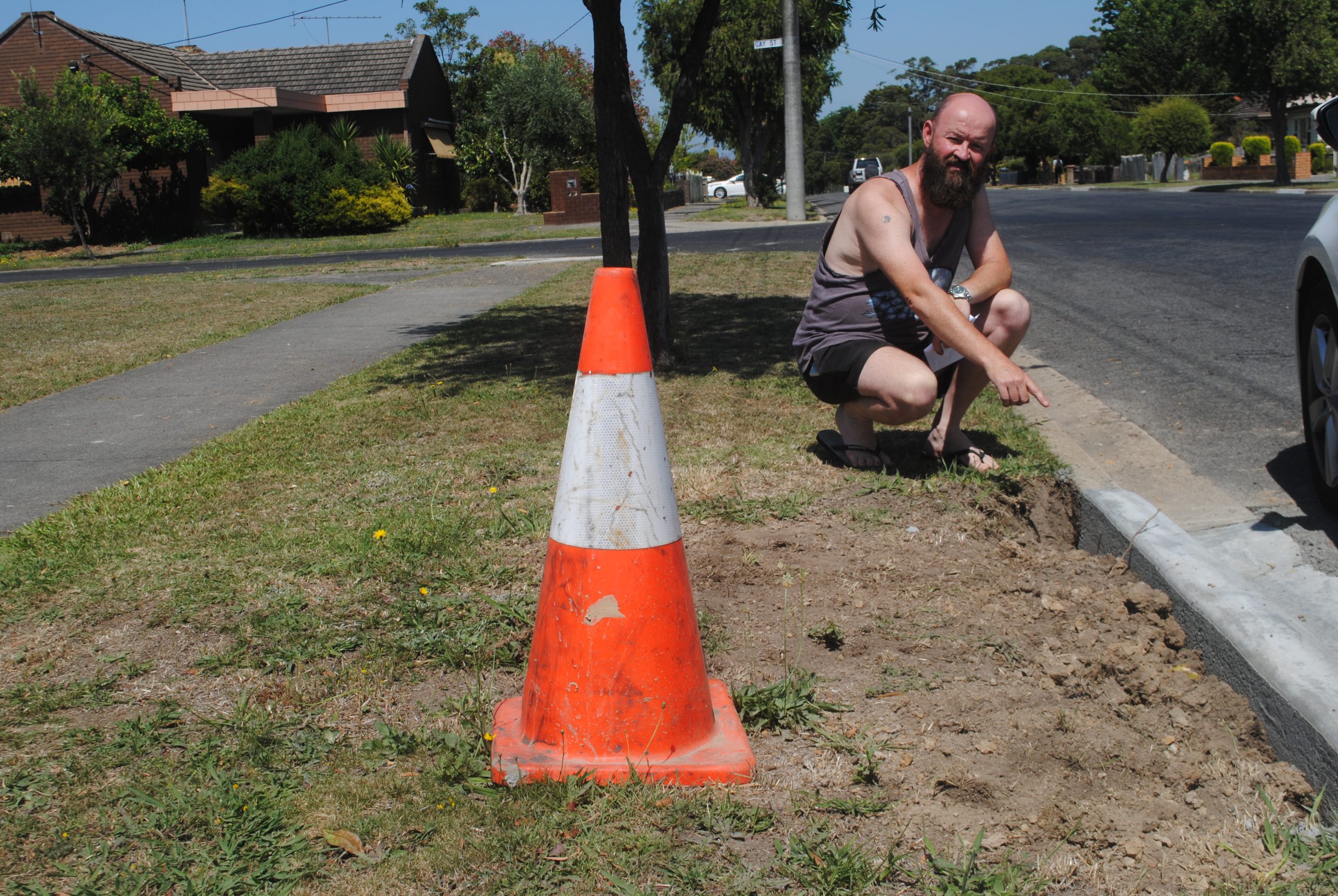 A Morwell resident considers council’s current roadworks in Winifred Street as “false economy” with contractors repairing only selected sections of the kerb and channelling.

Chris Hawthorn has lived in the street since 2002 and said he was not at all impressed by the works being done in his area. He reckoned council would end up redoing the works that it started this year.

“The council decided to carry out some works to remove the cracks in the kerb and channelling because of concern in the amount of rainwater that will seep into the ground water underneath but the contractors have been instructed to pick and choose which cracks are to be replaced and, of course, they missed quite a significant amount,” he told The Express.

Mr Hawthorn also noted that the finished job in front of his property was a few centimetres higher than the original structure.

Mr Hawthorn said he raised these issues directly to someone at the capital works department of Latrobe City Council and was told that the decision to do works in specified sections only was due to funding issues.

“I think it defeats the purpose and it means that it’s a bit of a false economy too because you still have to repeat the works again in the near future as opposed to being able to tick off Winifred Street as a street that’s been totally renewed,” Mr Hawthorn said.

Latrobe City Council general manager infrastructure and recreation Steve Piasente said 122 roads, including Winifred Street, were scheduled for resurfacing this year and $5 million was allocated to rebuild roads and kerbs that do not meet council standards.

This is in addition to a budget of approximately $4.5 million for road resurfacing.

“Before resurfacing any of its roads, however, council repairs weak and failed areas of the road and sections of kerb that are holding water or significantly cracked,” Mr Piasente said.

“These works are undertaken to ensure the new surface is not compromised prematurely.”

However, Mr Hawthorn believed council’s works in other parts of the town looked better than they did in Winifred Street.

“It comes down to a bit of unfairness and discrimination when you look at other streets where they had all their kerb and channel replaced and overall aesthetically it looks better,”