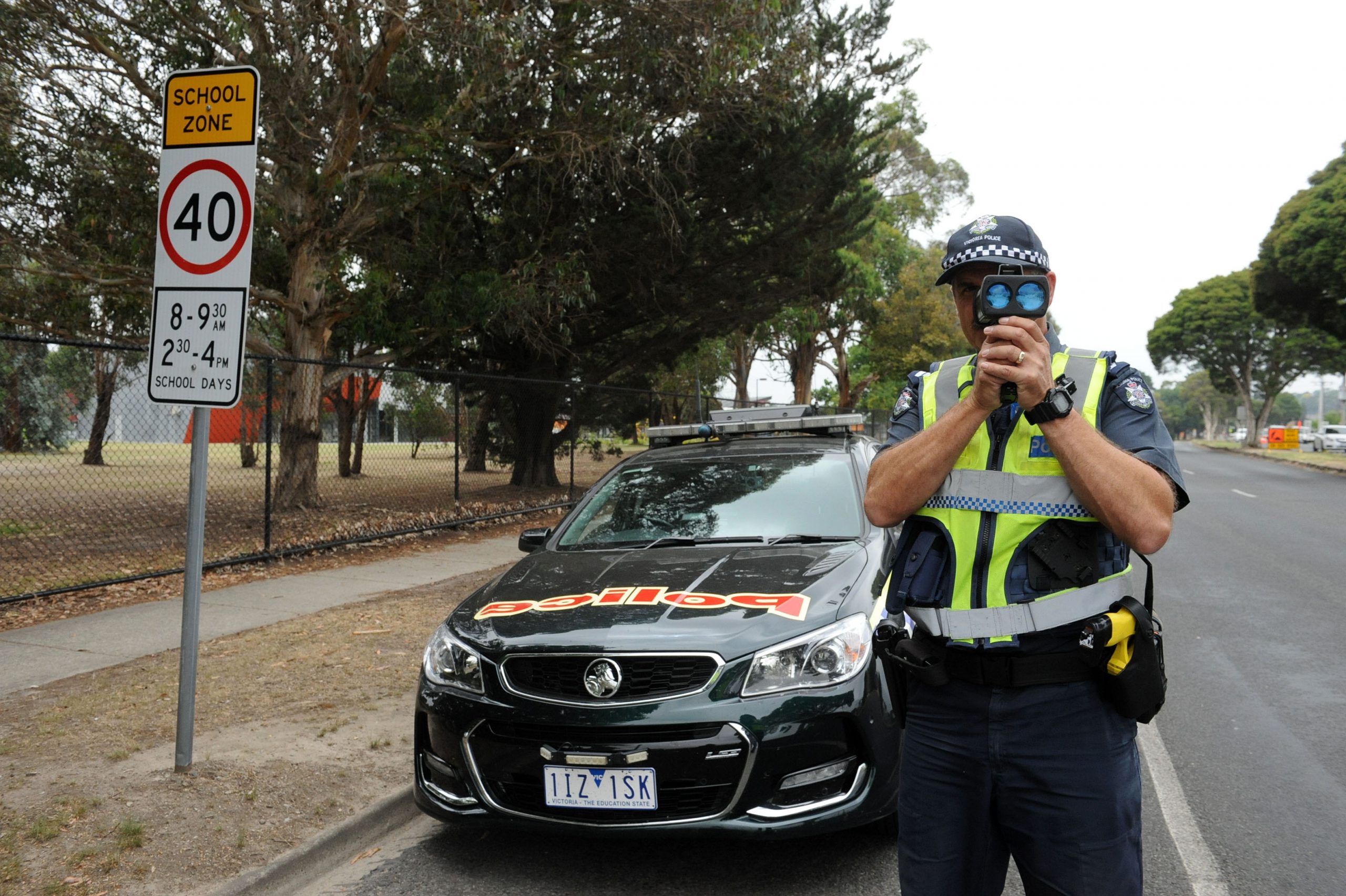 A stern warning has been issued by police to drivers across the region ahead of the return to school for students in the Latrobe Valley next week.

Latrobe Highway Patrol Sergeant Mick Williams said police would be out in force throughout the region targeting people who sped through the 40 kilometre per hour speed zones.

“Most people genuinely comply but there are a few people that forget about it or are ignorant to the speed limits,” Sergeant Williams said.

“School is starting up again and people need to be vigilant around school zones.”

Drivers face penalties ranging from a fine of $277 and loss of one demerit point to $793 and eight demerit points with a 12-month licence suspension if a driver exceeds the limit by 45km/h or more. Sergeant Williams said it was important for drivers to be alert around built-up areas where children were likely to be.

“Kids can be very unpredictable around traffic,” he said.

“They can pop out from behind cars without any warning and some of the kids at primary schools in particular may have [poor] road sense compared to older kids in high school.”

“We recognise that they are still children so – to put it very simply – if children did everything we told them to do, it would make for a very easy world but we know that’s not the case,” Mr Joustra said.

“So we try to stress the moral obligation to drivers to bear in mind that children make mistakes and that shouldn’t cost them their lives or injury. Be aware around schools and places [where] children are likely to act erratically and make allowances for that by slowing down.”

School speed zones apply to all Victorian schools between 8am and 9.30am and between 2.30pm and 4pm on school days.