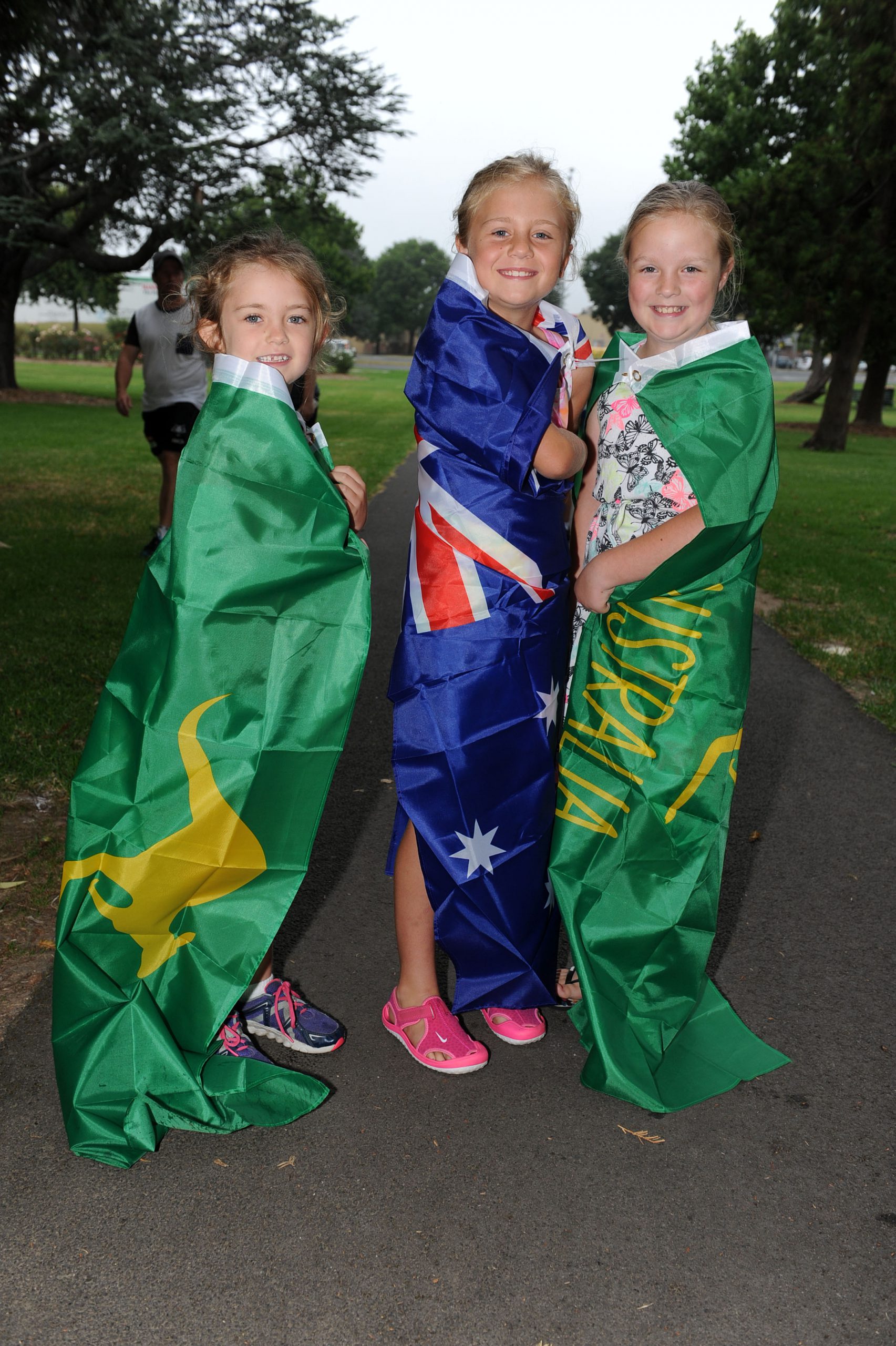 Thousands of people flocked to Australia Day events across the Latrobe Valley on Friday to celebrate the national holiday as a community.

Whether it be an egg and bacon roll or a sausage in bread, towns across the region put on a show to celebrate the reasons why people love living in Australia.

Flag-raising ceremonies, barbecue breakfasts, a citizenship ceremony and a Heart Foundation Walk were among the events featured throughout the region, and many people got into the spirit of the day, dressing up in national colours.

Several people across the community were named on the Australia Day Honours List including Latrobe City mayor Darrell White.

Volunteer Gippsland FM radio presenter Les Hunt was named Latrobe City Council’s Citizen of the Year in a ceremony at Kernot Hall in Morwell and former Lavalla Catholic College student Joshua Szabo was awarded Young Citizen of the Year for his work spearheading an environmental campaign to prevent the dumping of waste.

The Traralgon Marathon was awarded The Community Event of the Year following its success with more than 700 competitors and the economic benefits it brought to the region.

The Community Service of the Year award was jointly awarded to Moe athletics coach Ben Baily and Julie Anne Basset, who has spent 25 years fundraising with the Morwell RSL Women’s Auxillary.

Latrobe City mayor Darrell White congratulated the winners and nominees for each category of awards.

“Knowing there are so many selfless individuals and groups in our midst, giving of themselves in ways that benefit our community, is testament to the wellspring of volunteerism and service in Latrobe City,” he said.

“[Australia Day] is a day on which we all turn our thoughts to what Australia means to us and what it means to be Australian.”

Fourteen conferees hailing from a range of diverse countries including India, Nepal, England, America and Spain, were also officiated as Australian citizens at the same ceremony.