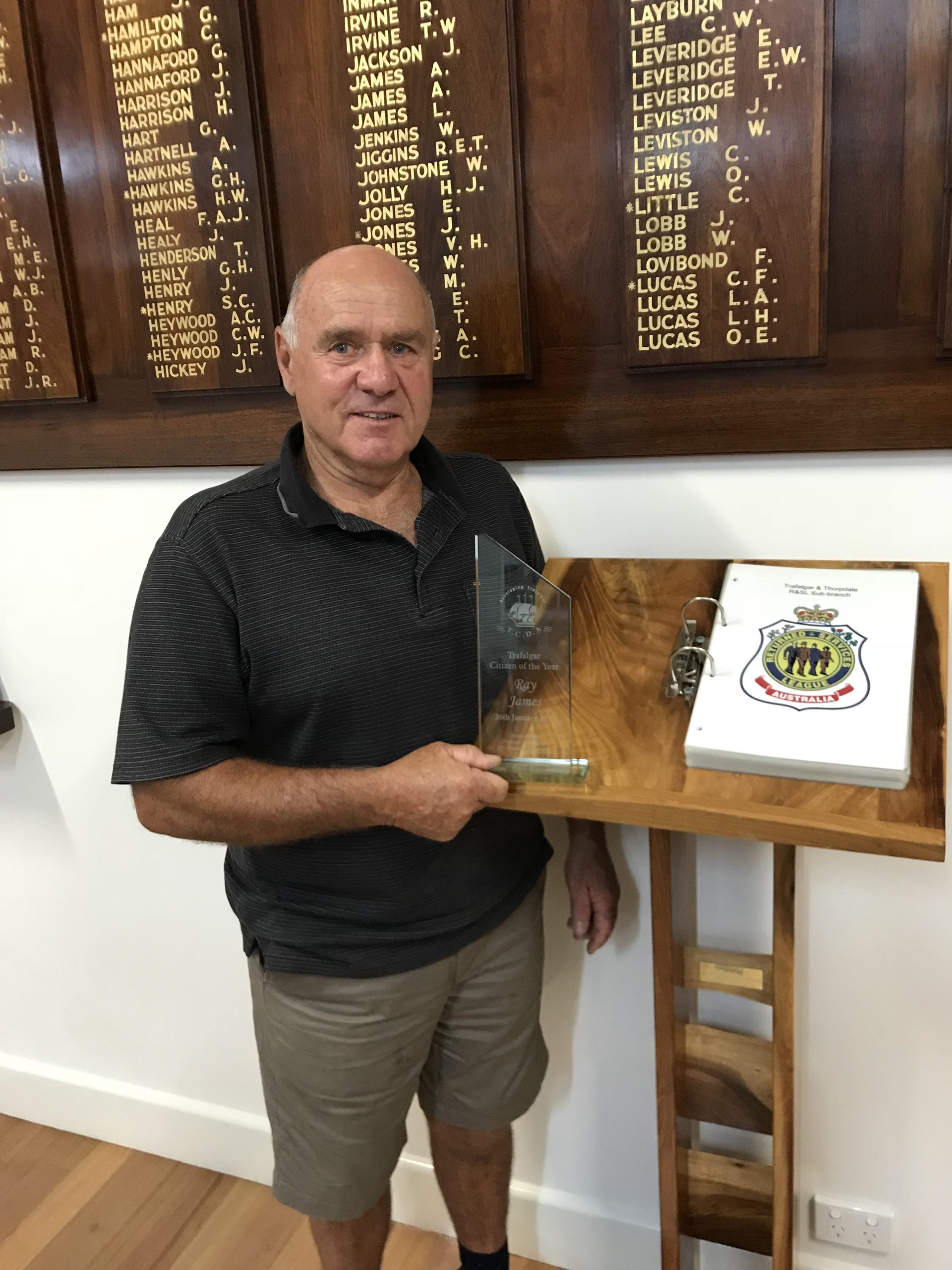 Trafalgar’s Australia Day Citizen of the Year Ray James has praised the efforts of all volunteers who contribute to their community.

Mr James was recognised for his leadership as president of the Trafalgar-Thorpdale RSL and his role in the relocation of the World War One honour board from the former council building and of the cenotaph from the Princes Freeway to the sub-branch in Kitchener Street.

He was also congratulated for making the RSL more accessible to the community through school visits and open days.

Mr James said he accepted the award on behalf of everyone who volunteered in the community.