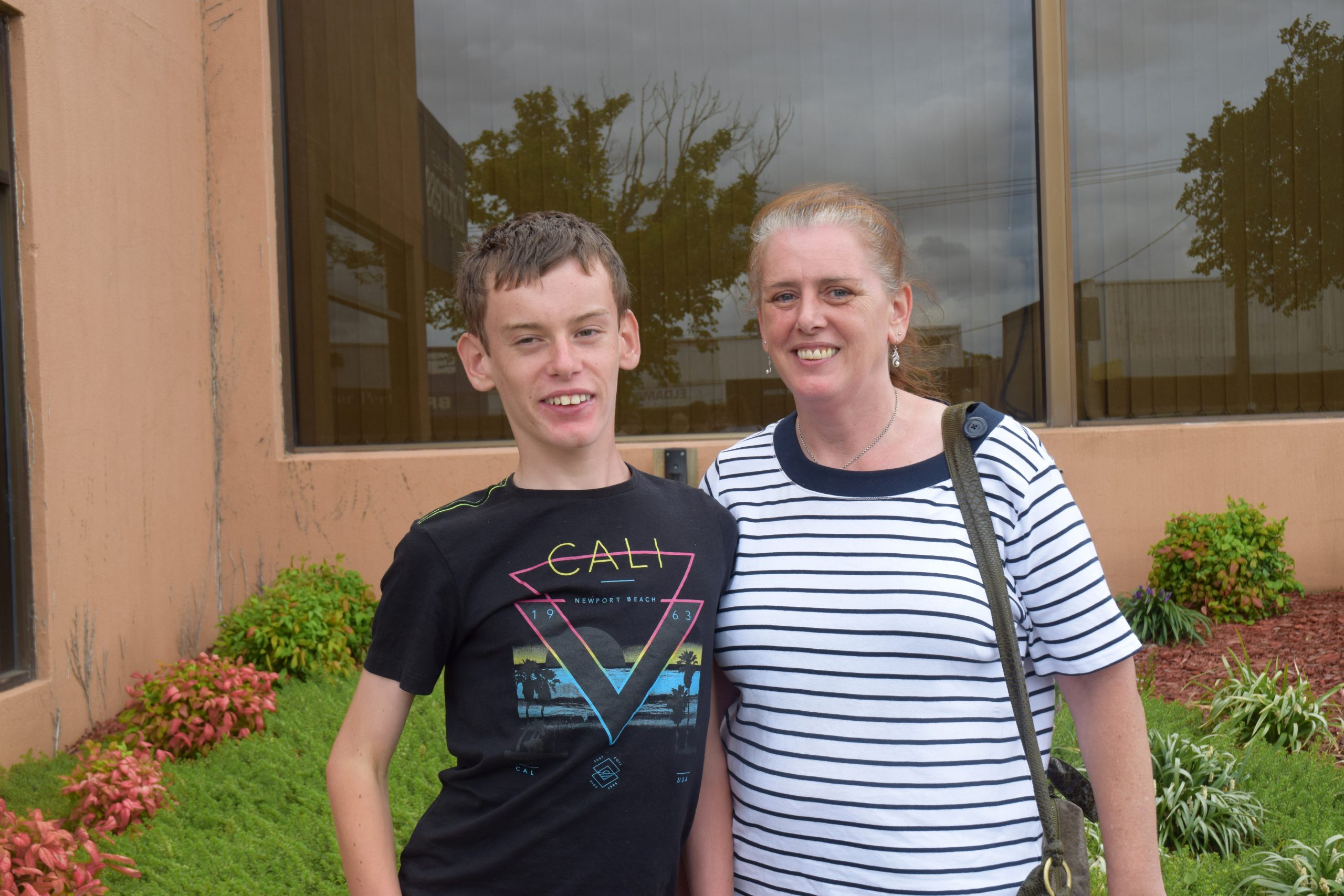 Trafalgar mum Britt Lamb had just drifted off to sleep when a loud bang woke her about 2am Sunday.

A second bang followed and Ms Lamb thought her 16-year-old son Cameron was having an epileptic seizure in the toilet.

She hurried to his aid but instead found a bright light when she opened her laundry door and then her back door.

Their house was on fire.

Ms Lamb screamed at Cameron to “get his pants on and get out of the house”.

The pair escaped unharmed but their cat Wally was injured, their home of 16 years was completely destroyed and they lost everything.

Cameron has cerebral palsy and was upset that he couldn’t save his bike, iPhone or computer but he was very happy that Wally survived.

The Trafalgar community immediately rallied to start collecting donations and organise fundraisers to help them get re-established.

Wally’s vet bills were covered by donations and, despite suffering burnt claws and whiskers, and having nasal problems, the cat has been reunited with the Lambs.

Ms Lamb said she was overwhelmed by the generosity of the community.

“Gee whiz, everyone has been fantastic,” she said.

“The community of Trafalgar has been just great.”

Ms Lamb and Cameron are staying with her mother at Nayook but have applied for a rental home in Trafalgar.

The cause of the fire is unknown. The house was fitted with smoke detectors but Ms Lamb and Cameron evacuated before they sounded.

Cash donations can be made at the Bendigo Bank BSB 633000, account 162023824 while goods can be dropped at True Value Hardware or Trafalgar IGA.

A fundraising barbecue will be held at the Trafalgar IGA from 9am on Saturday, February 10.