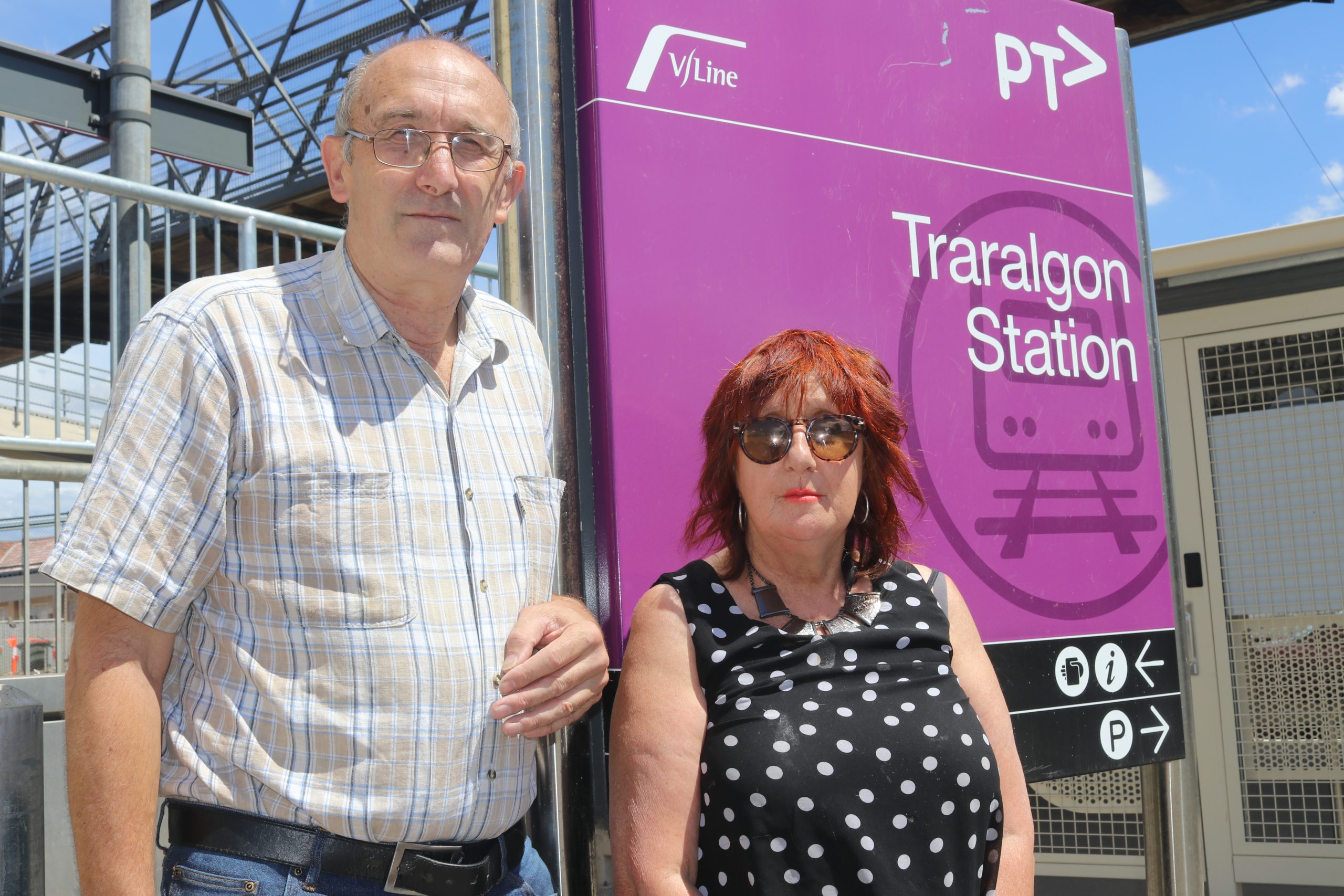 A Traralgon couple has accused V/Line of putting bus drivers on unfamiliar routes and making them work lengthy hours, after catching replacement coaches at the weekend.

Paul and Pam Howden were late for appointments due to lengthy waits on V/Line services while train replacements take place during metropolitan level crossing works.

This comes as V/Line’s Gippsland line punctuality figures slumped to 75.3 per cent in January, largely due to lost time in the metropolitan network while works are underway.

Mr Howden said passengers had to wait around 20 minutes in Drouin on Saturday afternoon while a bus driver took a regulated fatigue break, after coming straight off a route from central Victoria. A driver was called in at the last minute to fill in on the Gippsland route.

Mr Howden had caught a coach from Southern Cross to Traralgon and said the entire trip ended up taking four hours, double the usual commute time.

“The driver said he had been called back to Southern Cross to do the Gippsland run. He started asking questions about the best ways into the smaller towns, he had a GPS but was unfamiliar with the region,” Mr Howden said.

He said he did not blame the driver, but blamed V/Line for poor planning.

“It’s also not fair on passengers who have got things to do and are missing appointments,” Mr Howden said.

His wife Pam Howden was waiting for more than an hour for a bus to leave Traralgon station on Sunday for her trip to Rosedale.

Ms Howden phoned V/Line which advised her a bus would depart at 12.37pm, but said the service ended up leaving at 1.40pm.

“I got to Rosedale at 2pm. It was such a debacle,” she said.

Passengers who experience delays of more than 60 minutes in a single journey may be eligible for compensation.

A V/Line spokesman said coach drivers must adhere to strict fatigue management guidelines and V/Line was investigating this matter further with the coach company.

“V/Line sources additional coaches from external contractors to meet the extra demand during planned works on the Gippsland line,” he said.

“V/Line takes its safety responsibilities very seriously and will never put our passengers, drivers or other road users in an unsafe situation.

“A handbook is issued to contractors to ensure coach drivers are familiar with the routes and V/Line has contacted the coach company that provided the service to ensure this information was passed on.”