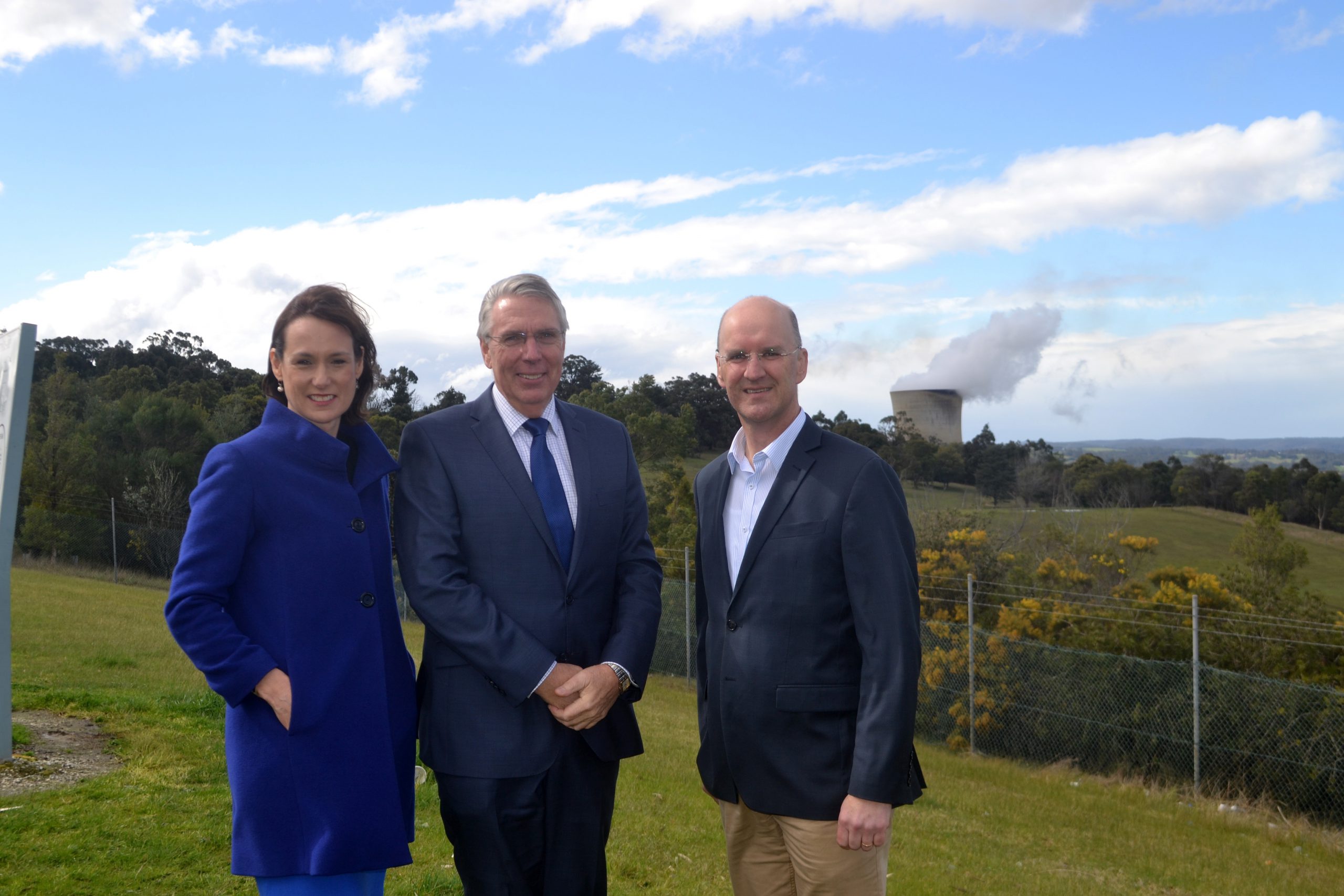 Nationals leader Peter Walsh says he has held discussions with power companies which have revealed they are interested in building a new coal-fired power station in the Latrobe Valley “if the policy settings are correct”.

Mr Walsh visited the Latrobe Valley on Friday to interview prospective candidates for the seat of Morwell, where he revealed he had held discussions with energy companies about the prospect of developing a new plant.

In September last year, the Nationals leader announced the construction of a high-efficiency, low-emissions (HELE) plant in the region as party policy.

The policy has not been adopted by the Nationals coalition partner, the Liberals.

“I have had discussions with power companies who have said if the policy settings are right, they believe it would be a good investment,” he said.

“Obviously I’m not in a position to say publicly who I’ve talked to.”

The state government has not backed the plan, with Eastern Victoria MP Harriet Shing on Friday accusing Mr Walsh of peddling false hope.

“Coal absolutely has a role to play in meeting our ongoing power needs into the future,” Ms Shing said.

“But yet again the Nationals appear completely unable to accept the reality that the use of coal for industrial purposes will relate far more to growth in new technologies than it will to creating another Hazelwood.”

The Nationals are the only major party yet to preselect their candidate for the November 24 election, after the Liberals unveiled Latrobe City councillor Dale Harriman and Labor preselected former Hazelwood worker Mark Richards.

On Friday, the Nationals announced Darren Howe, Jenni Rohde, Stephen Jones and Sheridan Bond as their potential Morwell candidates, with local branch members to vote for their preferred candidate on Saturday, March 17.

The Nationals leader’s visit to the Latrobe Valley followed a tumultuous week for the party.

On Monday the party asked police to investigate allegations of unauthorised transactions and “alleged forgery” relating to the withdrawal of $8000 from its Morwell branch’s account in May last year.

The money was subsequently returned to the account and the party has declined to comment further on the matter.

Last week, former Motoring Enthusiast Party senator Ricky Muir announced he would contest Morwell for the Shooters, Fishers and Farmers Party on a platform of protecting regional jobs and opposition to the creation of the Great Forest National Park.

The former senator’s platform is likely to appeal to Nationals voters, but Mr Walsh said he was not concerned about a split in the conservative vote.

In 2006, Russell Northe ended Labor’s 36-year stranglehold on the seat of Morwell and went on to turn it into a Nationals stronghold at the 2010 election when he secured 66.26 per cent of the two-candidate preferred vote.

His margin was slashed to just 1.8 per cent at the 2014 election following a backlash in the aftermath of the Hazelwood mine fire when the Coalition was last in power.

But Mr Walsh said the events which affected the region were “effectively outside the government’s control”.

“Tragically, you can’t stop arsonists from lighting fires and it’s extremely disappointing how that all ended up,” he said.

Mr Walsh said he did not believe Premier Daniel Andrews was capable of winning government in his own right at the election and would be forced to govern in coalition with the Greens.

“I think that then would effectively spell the death knell of quite a few of our resource industries in Victoria,” he said.

“Part of that negotiation I’m sure would see the formation of the Great Forest National Park which would effectively be the end of Australian Paper.”

“It is in fact the Liberals and Nationals who have teamed up with the Greens in the upper house to block the development of the Westgate Tunnel project and to scrap public housing investment.”