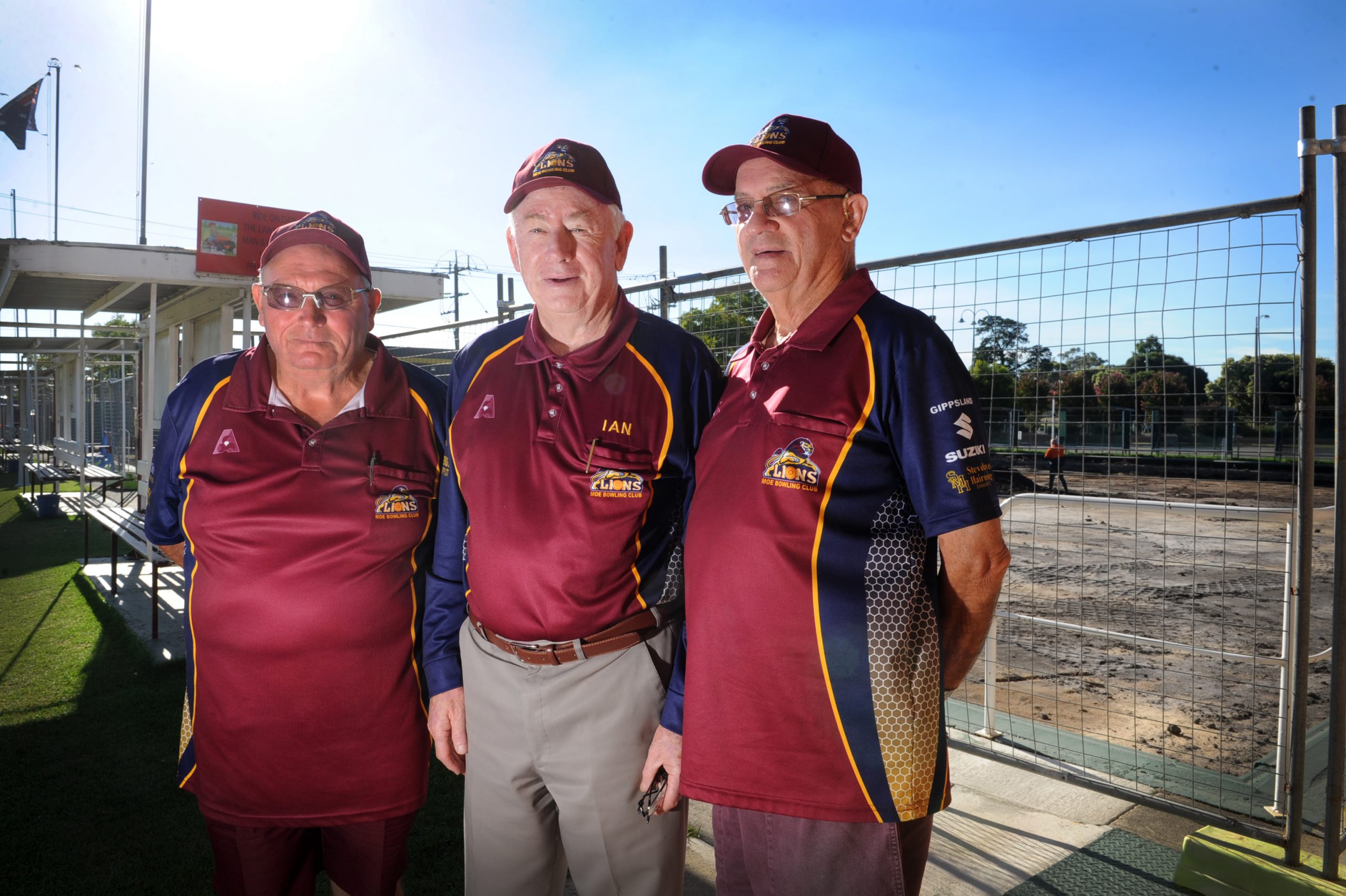 Soggy greens have been a longstanding issue for the Moe Bowling Club, but works underway on the club’s greens are going a long way to solving that problem.

Water-logged playing surfaces will soon be a thing of the past as new synthetic turf is rolled out across the club thanks to funding from the Latrobe Valley Authority and the state government.

Moe Bowling Club president Les Stolarik welcomed the facelift and said it had already raised the spirits of members.

“We realised a few years ago that the way we were going, there wouldn’t be a long-term future for the Moe Bowling Club,” Stolarik said.

“We had to do something a bit different and we’re very thankful for the new greens. It’s been enormous for us.”

Since the club was formed in 1946, the bulk of its spending has come at the cost of annual green-keeping fees, which will be eliminated with the new synthetic greens.

Turf greens also meant the club was forced to shut down for four months every year during winter.

“We looked like we were going to be going out the back door in about five or six years time, we just couldn’t continue pouring money into greenkeepers and not get the results we needed,” member Ian Caines said.

“With these greens, we can eliminate the greenkeeper side of things and instead do things for the club and the members.

“Now that we can be open 12 months a year we can get the community more involved with the club and open it up to the whole of Moe.”

Adding to its new look, the Moe Bowling Club has rebranded this year to join the pride of lions sporting clubs in the area.

“For a long time we have maintained the koala shirts but one of the young members suggested we join the football, netball and cricket clubs in the lions’ den,” Caines said.

“And here we are as the mighty lions. It has made a huge difference for us in terms of recognition from other clubs and the town so these little things help bring the club together and the broader Moe sporting community together.”

The front green is scheduled for completion in early April while works on the back green will begin shortly after.