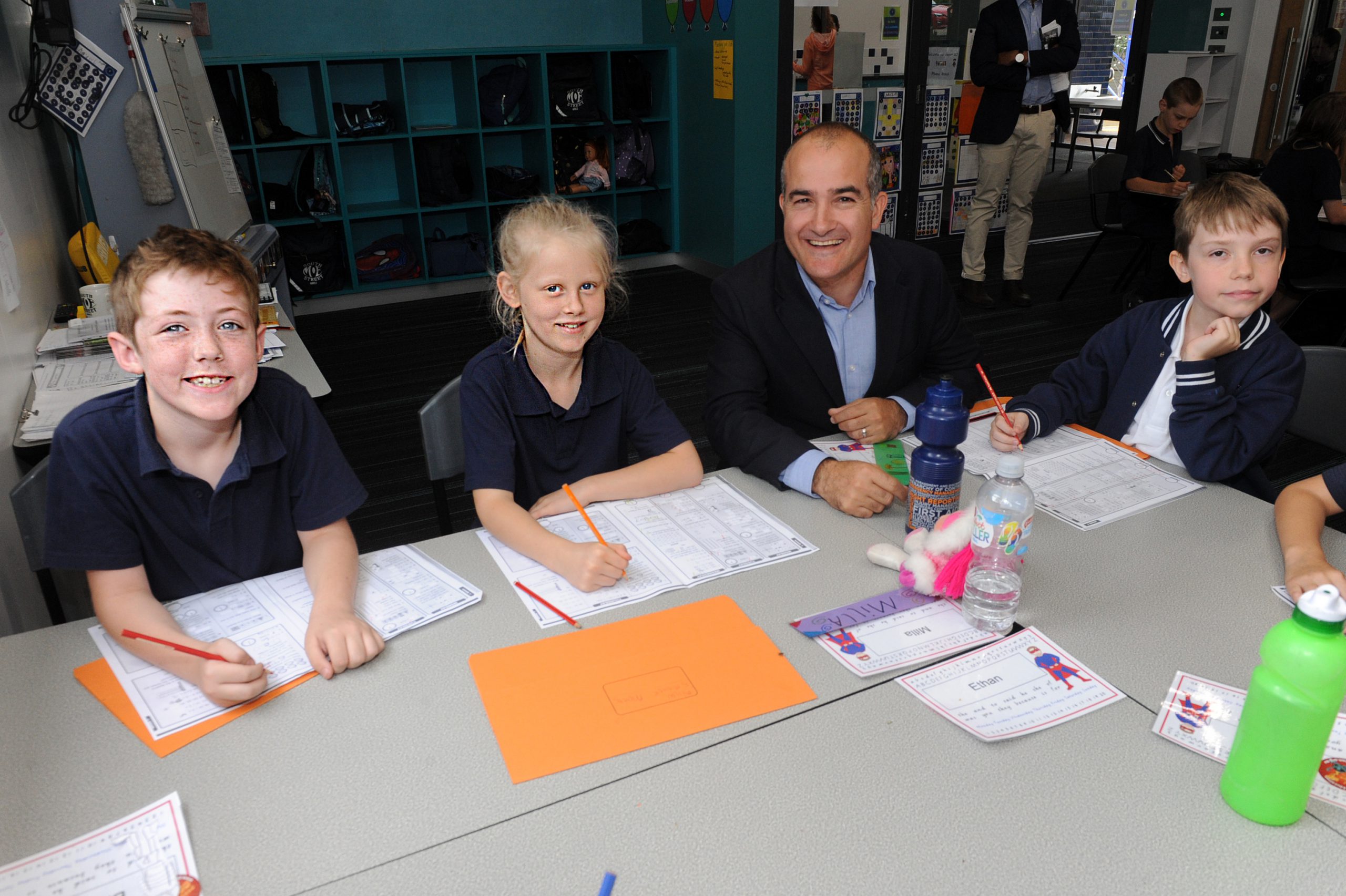 The state government funded the school $600,000 for the modular building, which was installed over the summer break and replaced an asbestos-riddled building used for staff resources and the grade 3 and 4 classrooms.

“They are constructed off-site [and] brought to the school. So it means we can get these buildings up and running in a really, really short space of time,” he said.

“These buildings arrived on the 17th of December last year and it was here, ready day one, term one.

“It is almost an overnight transformation of a school community.”

Mr Merlino said he was confident the modular buildings would “stand the test of time”.

“It is a wonderful addition to the great teaching and learning that happens here at Moe South Street,” he said.

“It was a pretty excited group of students here at Moe South Street, particularly the year 3/4 students, who have the benefit of learning in this great building.”

Mr Merlino said local contractors were involved in the construction of the building.

“Local contractors came in, did the painting, the finishing,” he said.

“Local constructing, local employment is a key component of any project of the state government, including our school building program.”