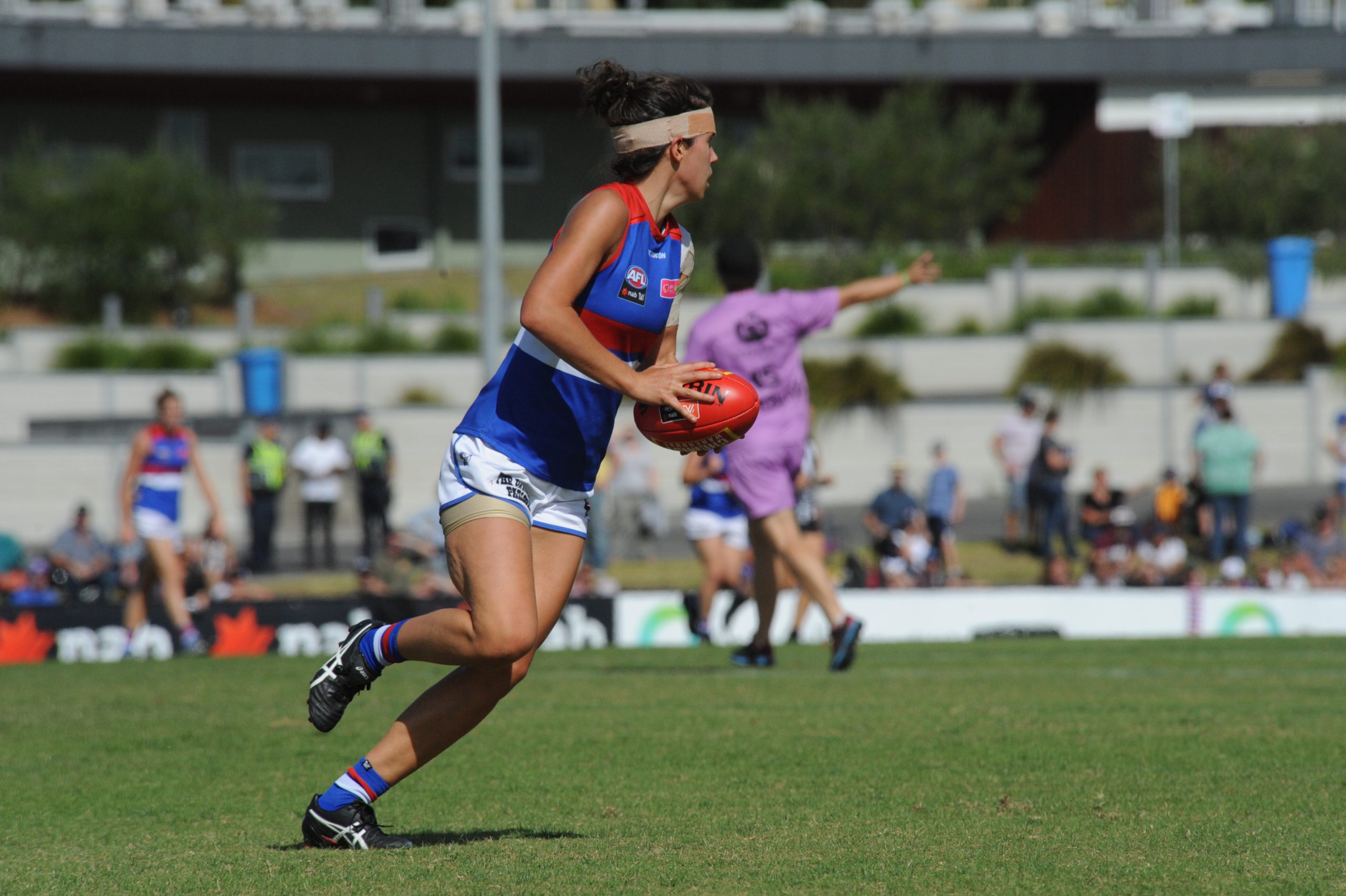 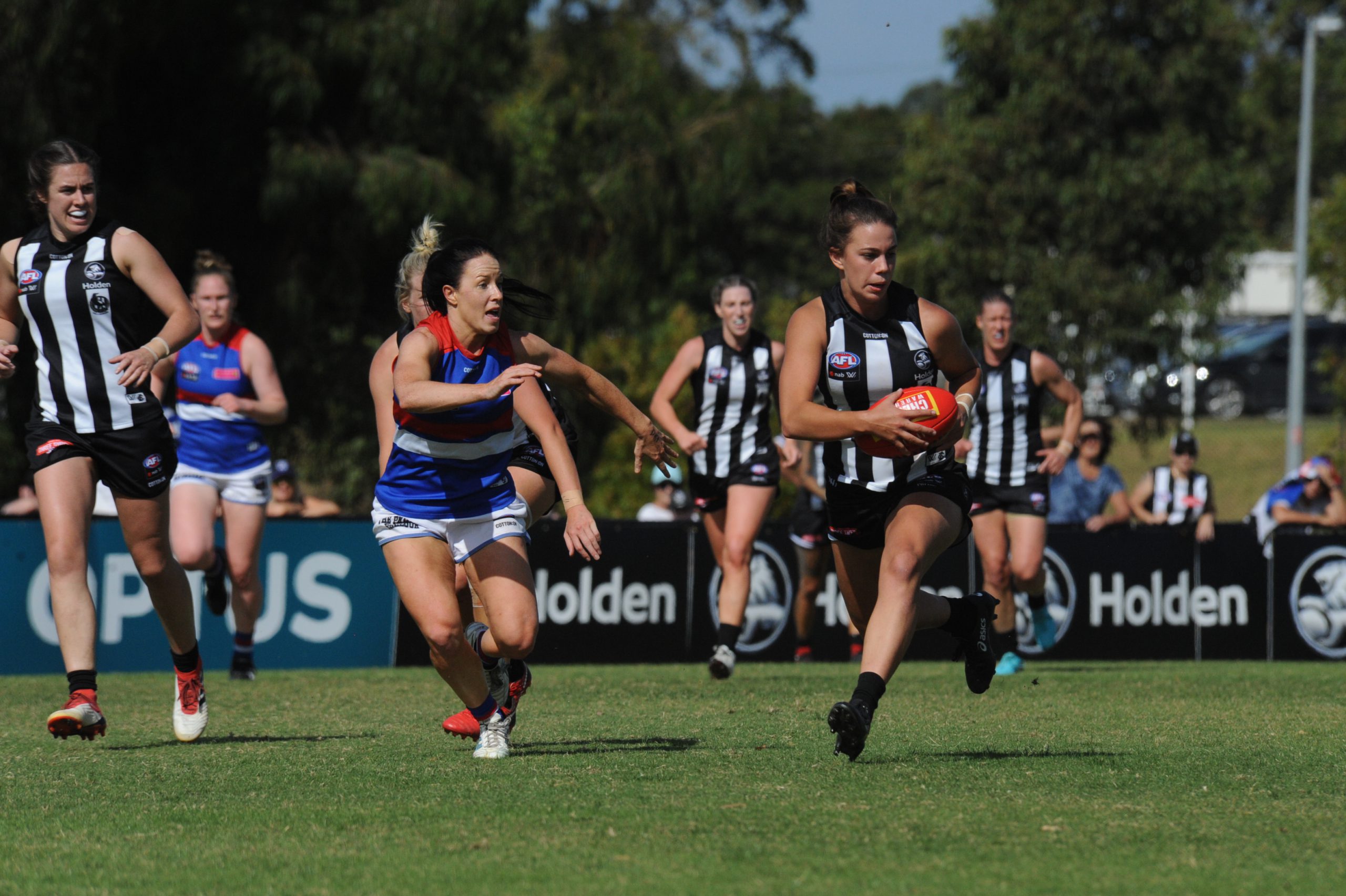 Moe was flooded with diehard AFLW fans yesterday as the Western Bulldogs overcame a resurgent Collingwood to notch an eight-point win in a game full of fire.

The Bulldogs burst out of the blocks in the round five clash at Ted Summerton Reserve with Bonnie Toogood the first to draw scoreboard blood.

Magpie Meg Hutchins pegged one back to level the scores soon after but the single goal was all Collingwood could manage in the first term.

The Bulldogs dominated possession early and had 14 entrances inside 50 to Collingwood’s one to head into the first break with a 16-point lead.

Collingwood skipper Steph Chiocci was reported for a head-high bump on Dogs’ tagger and defender Libby Birch and will be sweating the decision of the match review panel.

Birch returned fire late in the game and was reported herself after downing Magpie marquee forward Moana Hope.

With a 17-point deficit heading into the final term, Collingwood made a late dash and got back within eight points but ill-disciplined play resulted in a reverse free-kick to put the game to bed.

Ellie Blackburn starred for the Dogs in the win and helped consolidate her side’s position on top of the ladder with 17 disposals, while teammate Brooke Lochland led the way with two goals.

Caitlyn Edwards was the major scoreboard contributor for Collingwood and finished with two goals and Sarah D’Arcy and Jasmine Garner each played big roles with 13 disposals each.