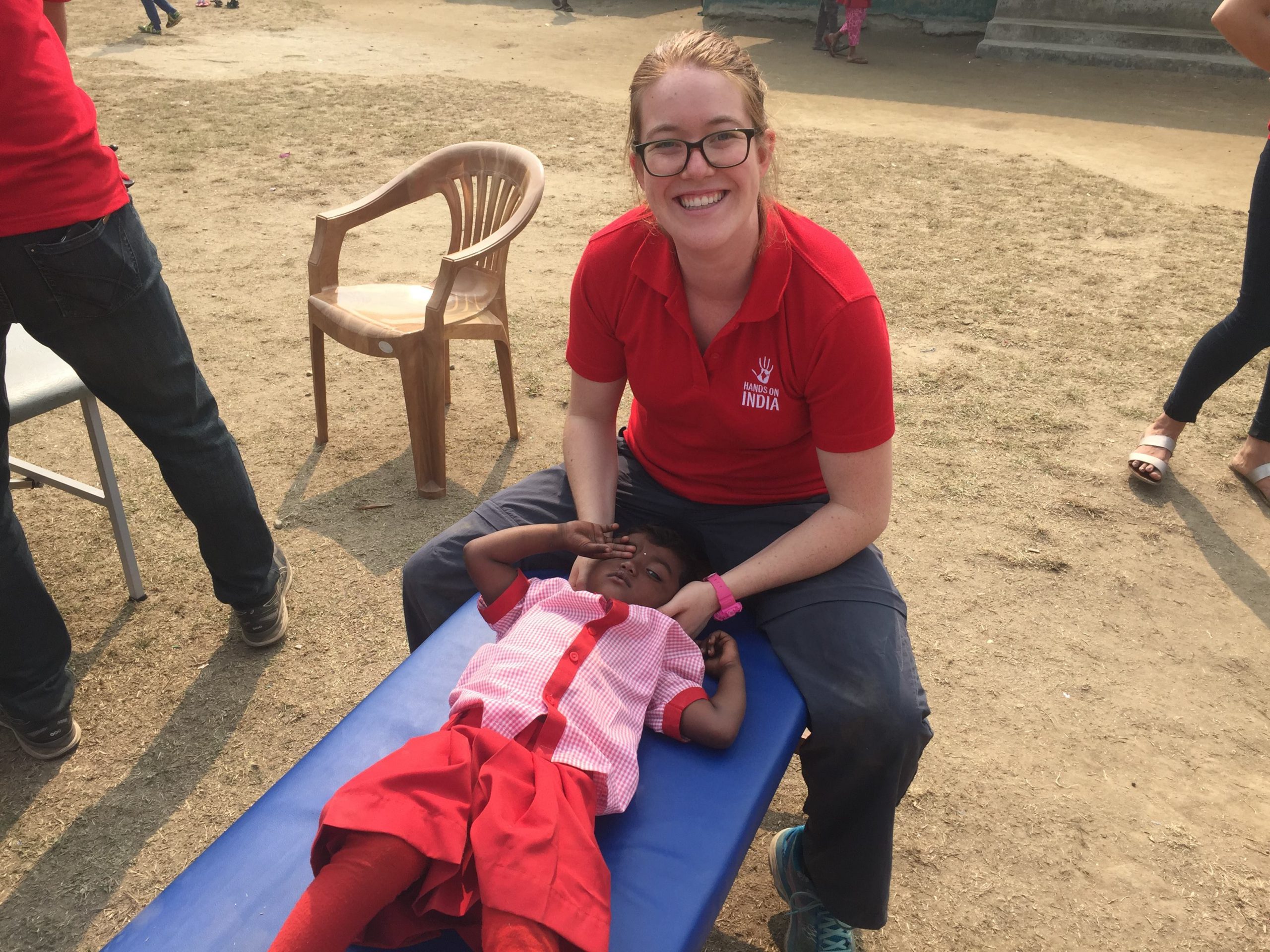 One Gippsland woman making her mark on the world is Traralgon chiropractor Jessica Thatcher who has just come back from India where she used her expertise to ease the pain of some of the world’s most disadvantaged workers.

The 26-year-old was part of a group of 30 chiropractic volunteers who went to the Siliguri community, near the borders of Nepal and Bhutan, with the not-for-profit organisation Hands on India.

Ms Thatcher and the team administered aid to about 6000 locals many of whom worked in rock-breaking quarries or picked tea on the plantations.

“One elderly woman had two broken hips that had been broken for more than 12 months. She was fortunate that it had healed so she could walk,” Ms Thatcher said.

“Some of these people would never have seen a doctor before and people had to line up all day and miss out on a day’s pay to wait for treatment.

“But none of our patients complained about being in pain. They just keep working.”

Ms Thatcher has been a chiropractor for three years and wants to treat the cause of pain instead of masking it.

She said part of this interest comes from her belief in empowering women, and communities in general.

The young shaker and mover is part of the Latrobe Young Professionals and has been a keynote speaker at Inspiring Young Women events and networking opportunities for local high schoolers.

“I want to encourage young people to take an active role in their future and strive towards their own goals, no matter what their background is,” she said.

Ms Thatcher’s Indian trip was also about helping to empower women by helping locals to kick-start their own income streams and help build schools for their kids.

“Some children are not sent to school because of fears they would be abducted for child trafficking,” she said.

“There are also high rates of domestic violence but this is halving with these women’s empowerment programs. Women are looking out for one another.”

Ms Thatcher said many of the patients she saw had lower back or neck pain from heavy labouring. Rock-breakers smashed gravel by hand to make building materials, and tea-pickers carried laden baskets on their heads.

She said the volunteers had a red flag screening process which they used to identify urgent cases for hospital treatment.

Ms Thatcher has been to Bali and Egypt as a tourist but said volunteering gave her a whole new insight into visiting a developing country.

“We saw what things are really like and what people have to deal with,” she said.

Ms Thatcher is currently volunteering with administration to organise future visits and is keen to volunteer in other developing countries including Cambodia, the Philippines and Vanuatu.