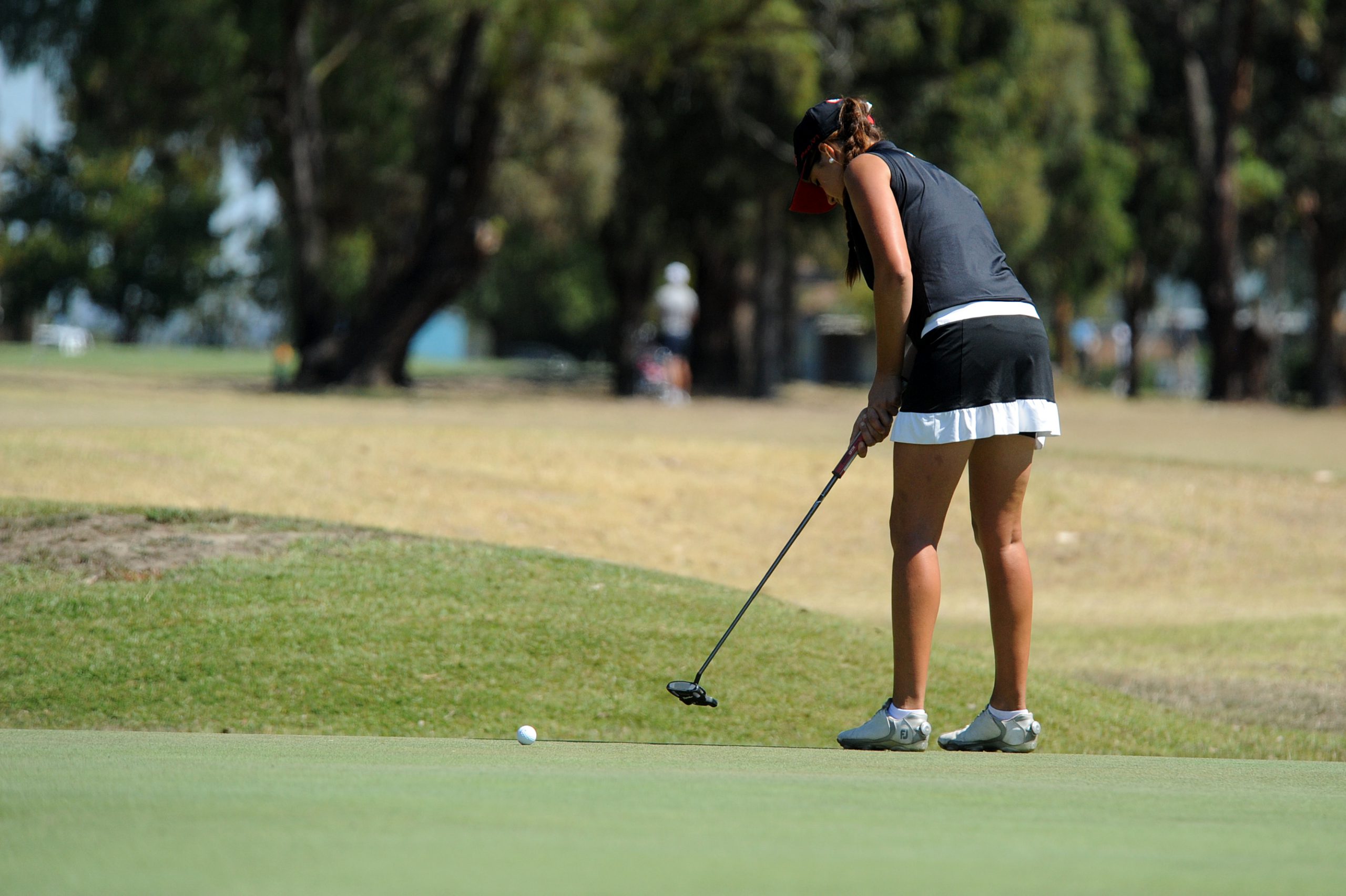 Played on Thursday and Friday at the Traralgon Golf Club, the fairways and greens were in excellent condition but recent hot weather made for hard or crusty lies off the cut surface.

After the first round Geoff Drakeford was equal leader with Matt Jager with a six under par 66.

A shot or two behind were a host of high quality players including the experienced Scott Laycock, Vic Open winner Simon Hawkes, European winner Richard Green and David Bransdon.

Starting one shot back at the fourth hole, Bransdon’s round was the steadiest of the day.

He adopted a deliberate, centre fairway approach and landed an eagle at six, followed by birdies at seven, 16, 17 and one.

Mitch McComas, starting two shots back, had eagles at two and six but dropped shots at eight, 10 and 18.

Overnight equal leader Matt Jager suffered a soft bogey on the first hole and quickly dropped out of contention despite some long hitting.

At one he rescued par after a pin-high drive landed 40 metres to the right.

He bogeyed the second after an awkward shot from the trees before running into problems around the green.

On the third hole another pin-high drive found a hard lie where the chip barely made the green, but the long putt dropped and he confidently birdied four, six and seven. However, like the remainder of the field, shots were dropped due to the tough lies and ease of running into the rough.

Standing on the 18th tee, a 308-metre par four, Drakeford needed a birdie to tie.

Two years ago he needed to par the same hole for a win but bladed the chip and ended up in the bunker for a five.

But what transpired this year was one of the most remarkable shots in the history of the event.

With the pin tucked into the top-left corner of a fast-sloping green, Drakeford landed his tee shot on the green less than three metres from the hole.

In the inaugural women’s event, world-ranked Norwegian Marianne Scarpnord won with scores of 75 and 72.

Scarpnord put her driver away after flirting with the Princes Highway on the sixth hole and finished with a steady 72, including three birdies and three bogeys.

Professional Golfers’ Association coordinator Heath McLeod said the introduction of a women’s event added an extra dimension to the event.