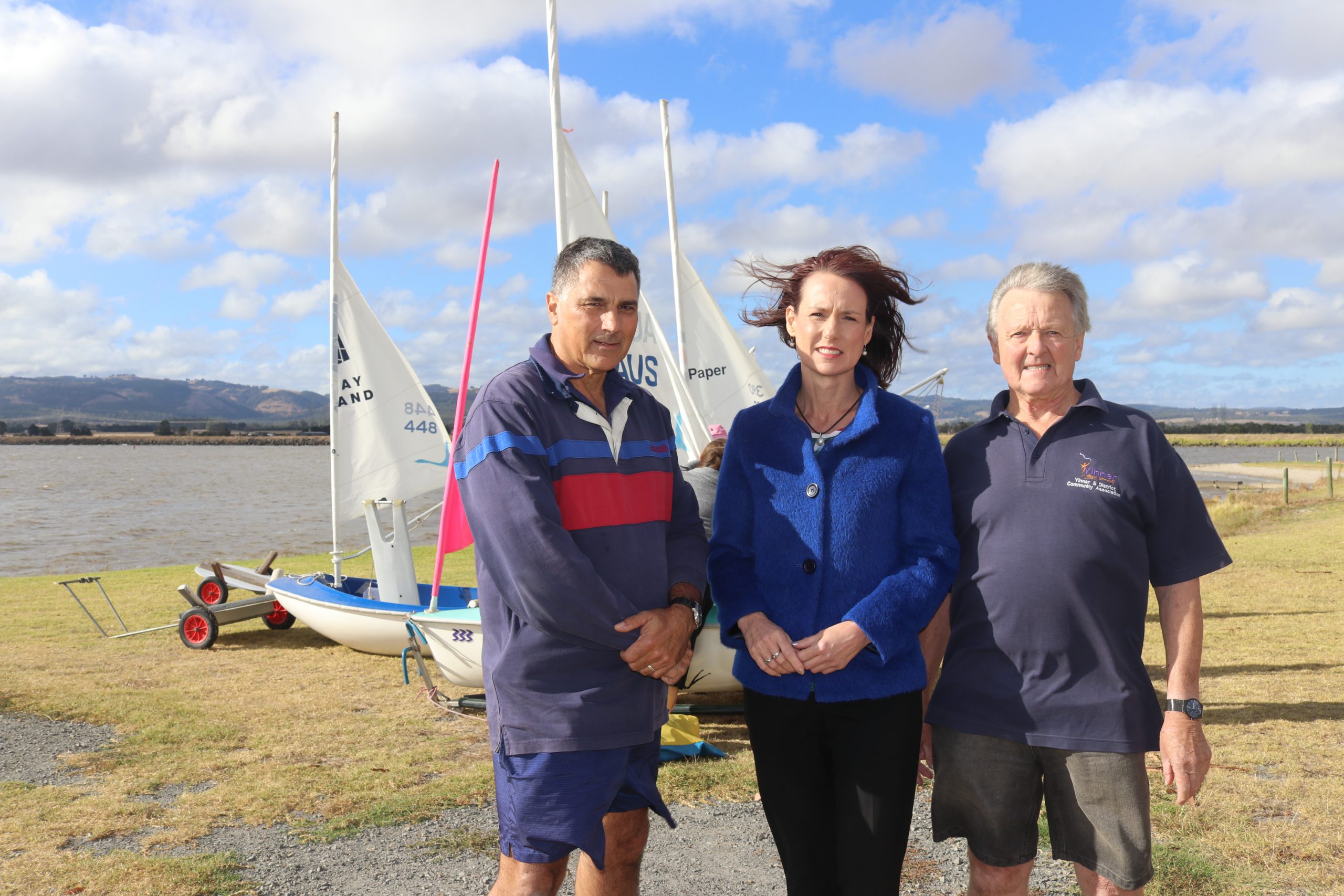 Member for Eastern Victoria Melina Bath will ask the Victorian government to keep the Hazelwood pondage full of water and open for community use.

Ms Bath fronted the media on Friday after ENGIE announced its preferred option to drain the pond and use that water to create a full lake in the Hazelwood mine void.

“I’m going to go to Parliament and ask the Andrews Labor government what they are going to do to retain this very important and well-utilised community asset,” she said.

Hazelwood technical services manager James Faithful said at a community meeting last week that keeping the pondage going would pose a community risk into the future once it was out of ENGIE’s hands.

“In terms of maintaining and retaining that structure, it’s unreasonable to expect the community to look after it. We are looking at elimination of ongoing risk,” Mr Faithful said.

Mr Faithful said ENGIE was exploring three options for the pond. This included selling it off, partially draining it and creating a wetland, or a preferred option of completely draining it to fill the mine.

“It doesn’t make sense to have two big lakes sitting side-by-side, one that is high risk, and one that is low risk. I know which one I’d prefer,” he said.

However, pondage users feared they would lose access to recreational activities, including fishing, sailing and camping if the pond was drained.

Hazelwood pondage caravan park site holder Kaylene Price described the area as the “jewel in the crown” of the Latrobe Valley.

“We need to get ENGIE to work towards saving the pondage as a legacy to the community to promote tourism,” she said.

The Yinnar & District Community Association conducted a petition last December which found pondage users spent an average of $800 in the local community over Christmas.

Latrobe Valley Yacht Club commodore Geoff Conway said club members felt uncertain about their future as there was nowhere else suitable to sail within the Valley.

“Other water bodies are either too shallow or surrounded by hills. It’s either here or sailing in the Latrobe Valley is finished,” he said.

Mr Conway said they had studied the possibility of sailing on the future mine pit lake but it would be too far below the lip of the mine to get any wind coming through.

Member for Eastern Victoria Harriet Shing said the pondage would still provide “fantastic” fishing opportunities for locals and tourists as the barramundi continued to grow.

“ENGIE has indicated it has no intention of doing anything at the pondage until 2021. Work goes on to establish processes and timeframes around the rehabilitation of the mine and pit,” she said.