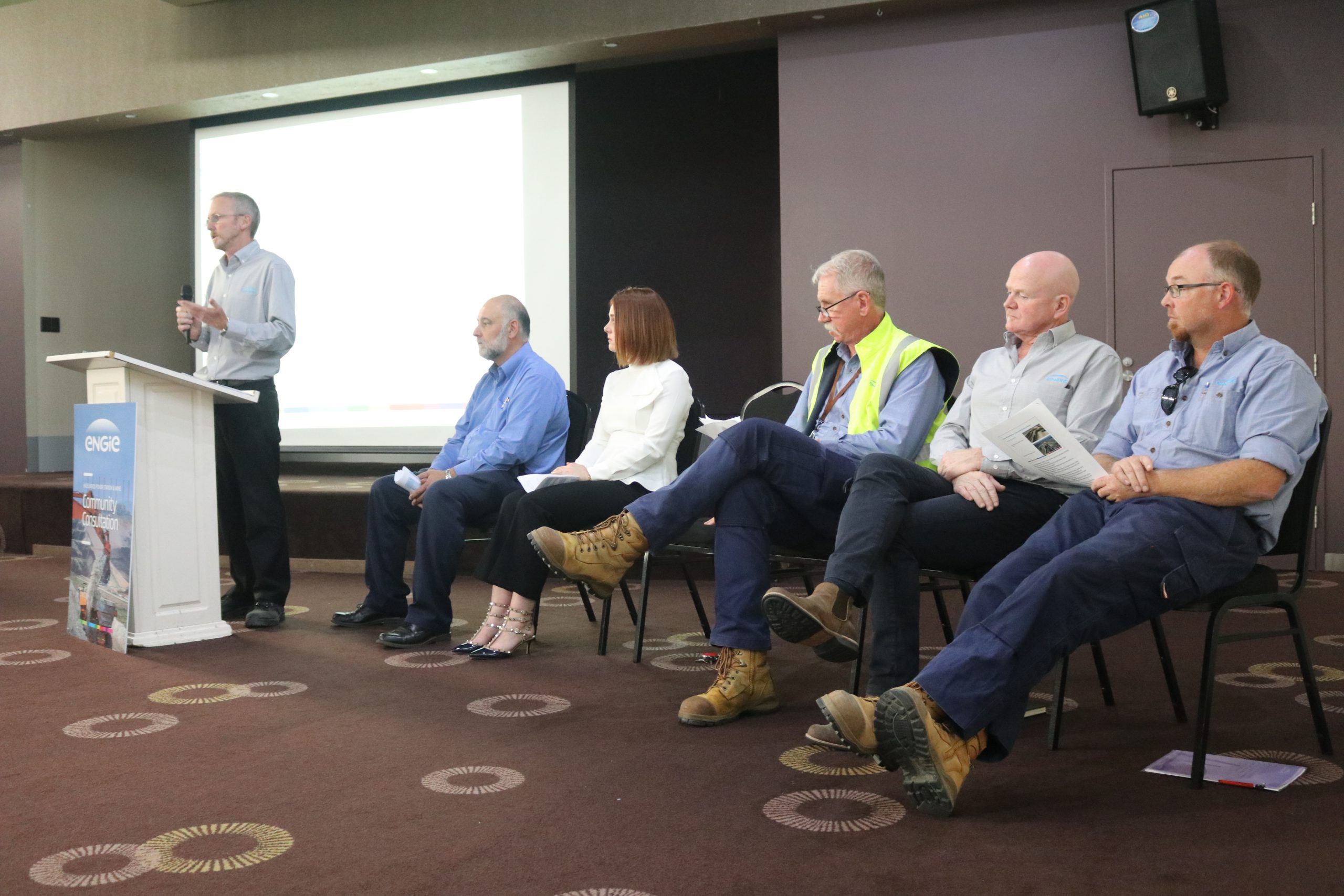 French power company ENGIE unveiled its plans to turn the Hazelwood mine void into a full lake at a community meeting in Morwell on Wednesday night.

Hazelwood mine technical services manager James Faithful outlined ENGIE’s 2017 preferred work plan variation which was updated in December to convert the mine void from a part fill, to a full pit lake.

The meeting was to inform the community about the Hazelwood mine and power station decommissioning and rehabilitation progress nearly a year after it closed.

“The water will provide coverage of the coal and provide a lot of weight on the floor of the mine, and a lot of water will push up against the batters.”

A full lake option was part of the original mine rehabilitation plan when Hazelwood was privatised in 1996.

It was amended to a partial lake in 2009 during a severe drought year.

“We need to deliver three promises as part of the mine variation work plan and our mining licence conditions, which talk about safe, stable and sustainable,” Mr Faithful said.

He said a full lake would mean fewer risks and on-going management for the community into the future, once it was out of ENGIE’s hands.

Mr Faithful said the full lake would stop any erosion which could potentially unlock the coal underneath.

He said they were currently working with regulatory bodies to find out where they would source the 650 gigalitres of water needed to fill the void.

He said another preferred option was to drain the 30 gigalitres out of the Hazelwood pondage to put into the neighbouring pit.

Other options included using artesian water as well as looking at diverting the Morwell River flood flow and buying water.

“This is a moving piece. We have a number of boxes to tick and a lot of processes to work through to be able to secure that water,” Mr Faithful said.

He estimated the entire process could take around 20 years, including three to four years of reshaping and covering the coal with overburden, and another 12 years to fill the pit.