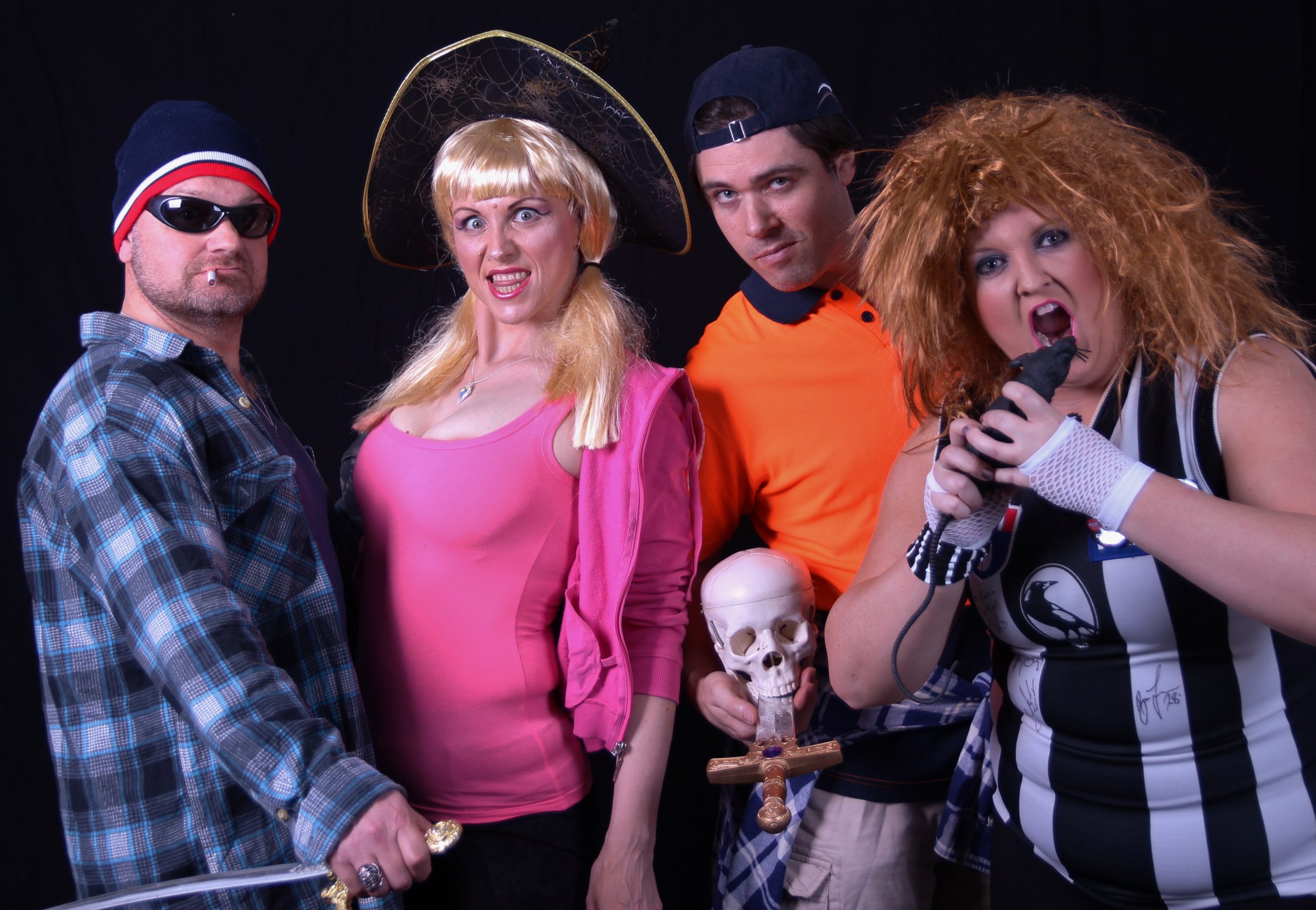 A local theatre company has placed a skull in one hand and a 30-can block of tinnies in the other and called it Bogan Shakespeare.

Here There & Everywhere took their original production to Stratford – the Gippsland one – last weekend and the comedy is on its way to Traralgon.

The theatre company wanted to take the opportunity Gippsland’s Shakespeare festival provided to make the classic texts more appealing to people who may have felt hurling paper planes around the English classroom was more stimulating and relevant than a Danish madman’s vision of his dead father.

“Shakespeare is really intimidating to a lot of people,” Mayer said.

“If you haven’t really studied it, people have this view or opinion Shakespeare is difficult and it alienates people, but it shouldn’t be like that.”

The plot is set around a “bogan backyard” and the characters start talking about Shakespearian quotes, totally unaware of their literary origin.

Mayer said the production was a way to break down some of the “flowery” language and educate people in a fun way about how Shakespearian words, quotes and cliches had wound their way into today’s vernacular.

Adult humour is a way the actors raise some eyebrows in the play – in this case, perhaps, pierced ones.

Bogan Shakespeare will be on at Latrobe Performing Arts Centre on March 23 and 24 at 8pm before heading to Melbourne.