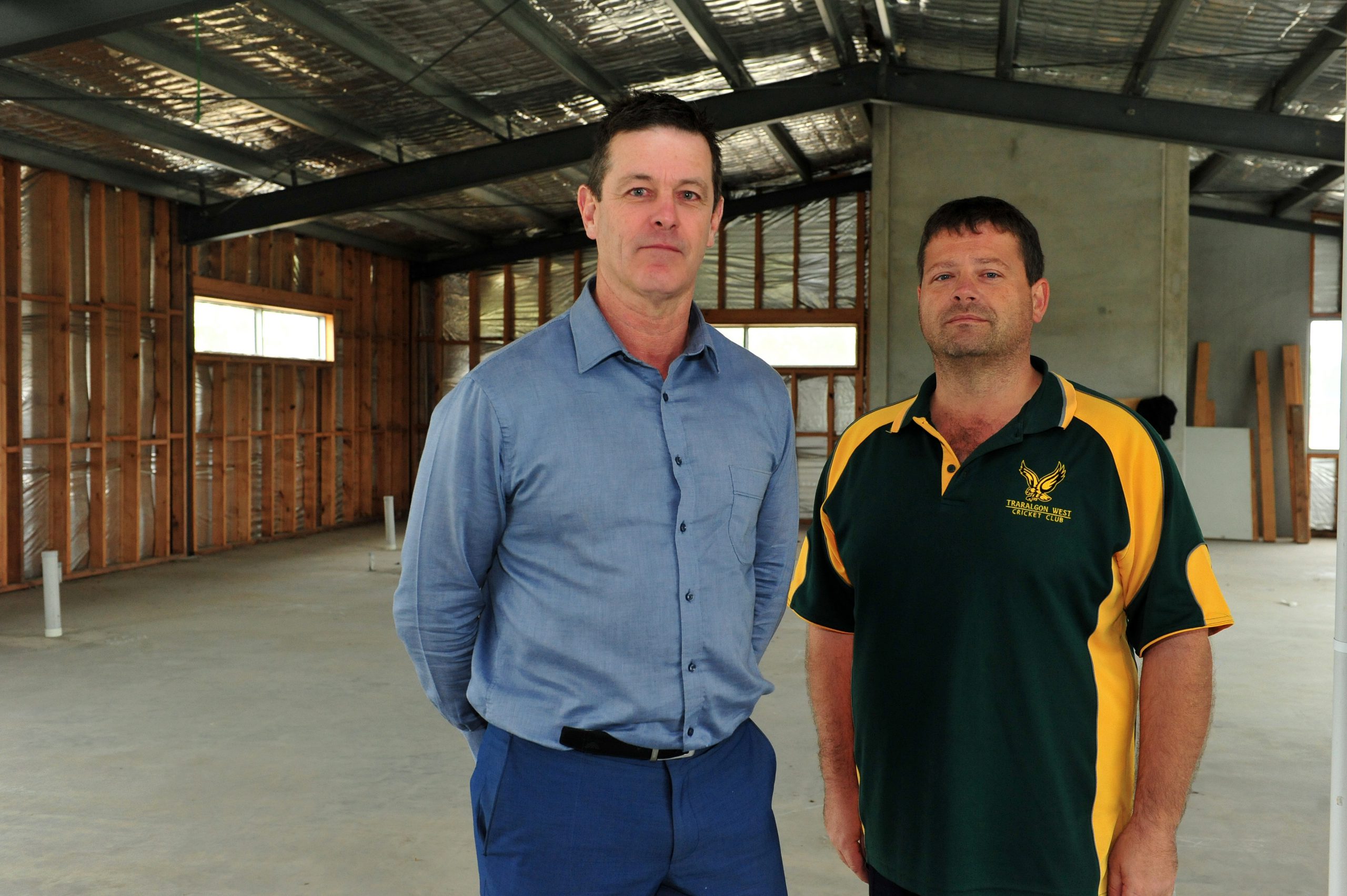 Member for Morwell Russell Northe met with users of the Traralgon West Sporting Complex yesterday to discuss concerns in relation to the incomplete pavilion.

Stage one of the two-storey facility was opened in 2011, however, development of the top level has stalled due to a lack of funding.

It is estimated $1.3 million has been spent on the project to date, of which the state government has contributed approximately $60,000.

Mr Northe raised the issue of the incomplete complex in State Parliament last week and called on Minister for Sport and Recreation John Eren and the state government to provide the estimated $200,000 required to finish the project.

“I really do think it’s time for the state government to stump up the money for this,” Mr Northe said.

“It’s not a large sum of money. Around $200,000 would probably complete this complex and the benefits that come from that are quite profound.”

“It’s frustrating to continually see it go to waste … it’s been seven years since the development started and it’s time to just get this finished,” Mr Varsaci said.

Minister for Sport John Eren said he was “proud to be turning the Latrobe Valley into one of regional Australia’s top sporting hubs”.

“Labor is working hard to ensure more people can play the sports they love, close to home – and Traralgon is no exception,” Mr Eren said.

“That’s why we chipped in to upgrade the Traralgon West Sporting Complex, including new cricket facilities and outdoor lighting.”